It took several hours to push back the rubbish and reveal the road which leads up to the Riverhorse Industrial Estate in Durban, but some 200 members of community groups turned up in the morning with the personnel and the muscle to get the job done.

They represented a veritable cross-section of South African society, working quickly and cooperatively after one week of violence and unrest.

“What did you think when you first saw this place this morning?” I asked a community activist called Rodney Bengu. 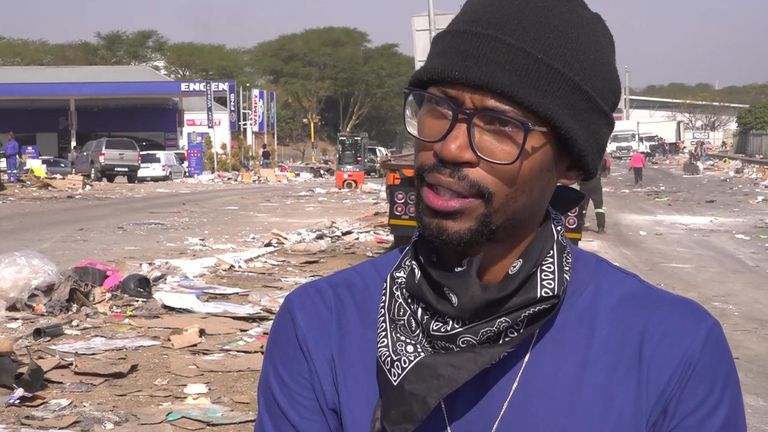 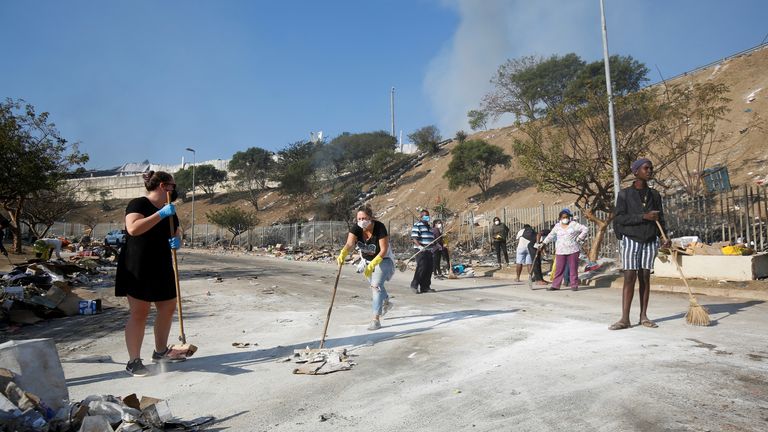 Warehouses and distribution centres on the estate were looted and burnt in a bout of violence that has stunned the nation – and the people who lead it – although the government says the situation in Durban is now “moving towards stability”.

Yet the looting continues, in a slightly less frenetic fashion.

Weaving amongst the volunteer cleaners were members of impoverished communities trying to remove anything of value they could find.

For Sudesh Rajkumar, the manager of a local business on the site, their presence was a severe irritation. 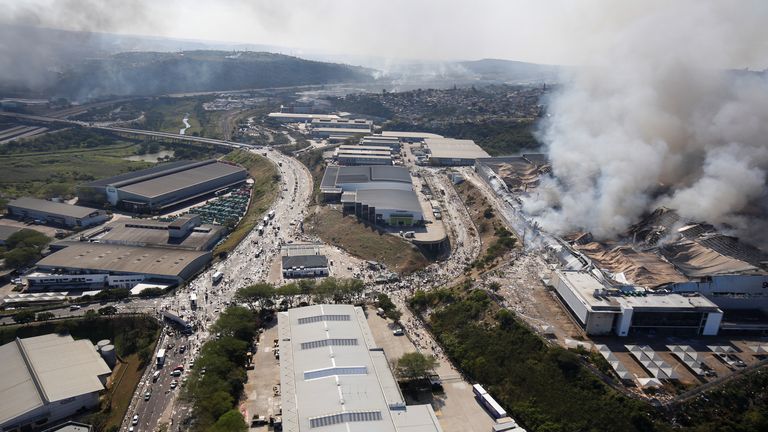 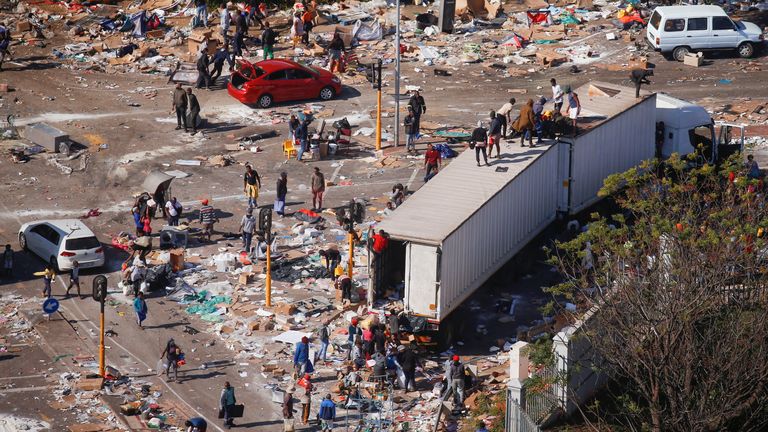 “We’ve been here since eight trying to get things ready for next Monday but the guys are back looting again, trying to pick food and oil and the bits and pieces that are left.”

For Rodney Bengu, the experience has been something of a warning in a country where half the population live below the poverty line. 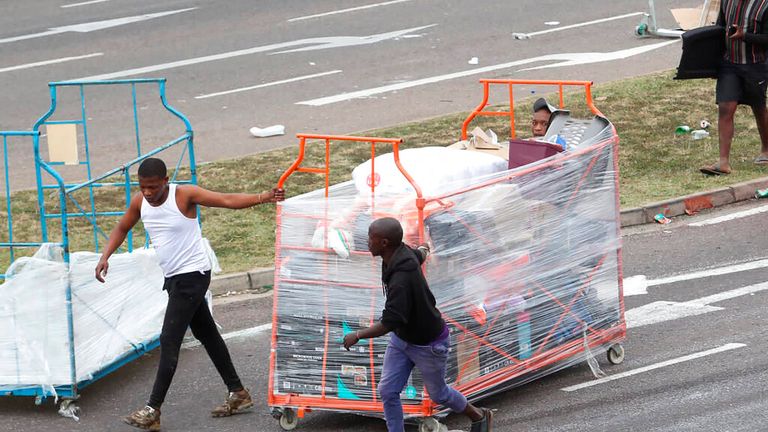 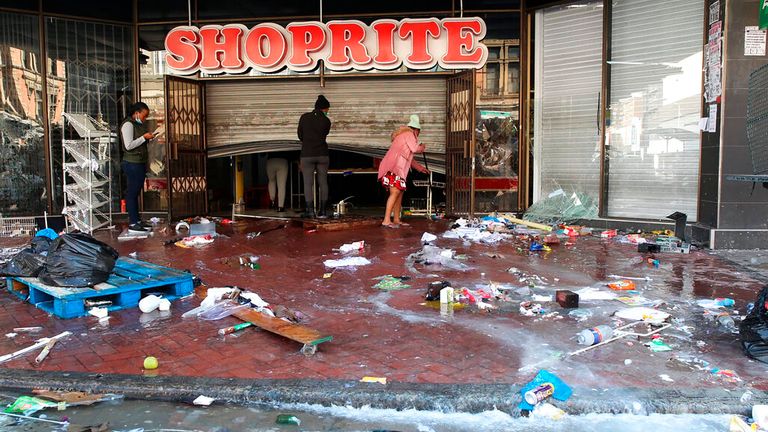 “As you can see, there are a lot of poor people in our country, in (the province of KwaZulu-Natal) especially, those are poor, there are large quantities of them, as they say they are hungry and this has shown us how hungry and desperate they are.”

However, that desperation now extends to the entire city, which become a community of giant queues.

Food, medicine and fuel are have become extremely difficult to source with supply chains disrupted – and in some cases, destroyed.

Outside the Pick ‘n Pay supermarket in the upmarket suburb of Umhlanga, more than a thousand people were queuing around the block – although the shop managers were only prepared to allow 300 inside. 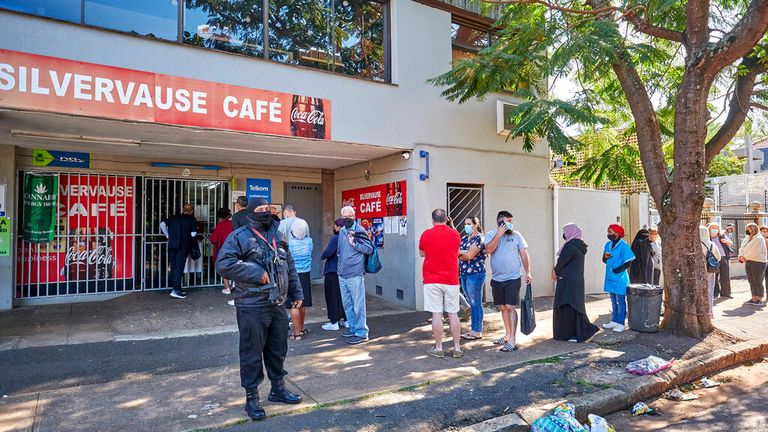 Durban resident Kwenele Mavumengwana said he had been waiting in the line for over three hours when he was informed that he would not be permitted to enter.

“It is a tough situation,” he said. “We did the same thing yesterday at a different centre and we got the same result. The only thing we found for the children was a bag of (crisps).”

“What would you say to the looters if you could?” I asked.