Jo Swinson’s head of press is suspended in fake email row with website over claims Lib Dems sold voter data for £100,000 during the Brexit referendum

The Liberal Democrats were embroiled in a fake email row today after being accused of falsifying information to force a website to suppress a critical story.

Jo Swinson’s party became embroiled in a row with the website openDemocracy after being accused of selling voter data for £100,000 to the Remain campaign during the 2016 referendum.

The party denies the claim and reportedly produced an image of an email it said was sent to the website before the story was published, setting out its position.

The Lib Dems claimed it had been ignored and demanded an apology and retraction.

But the date on the email was the day before openDemocracy first approached the Liberal Democrat press team for a response to its story. 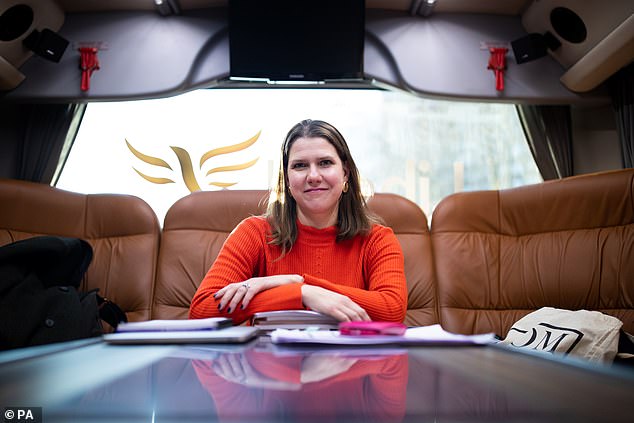 It is common practice to contact the subjects of news stories before they are published to give them a so-called ‘right of reply’ to accusations.

The Liberal Democrats have confirmed that a member of staff – reported to be head of press Rosy Cobb – has been suspended.

A party spokesman told the Guardian it denied the openDemocracy claims about voter data sale.

But he added: ‘However, we have been made aware that the information openDemocracy subsequently received from the Liberal Democrats was incorrect.

‘We have suspended a member of staff involved and are following due process.’