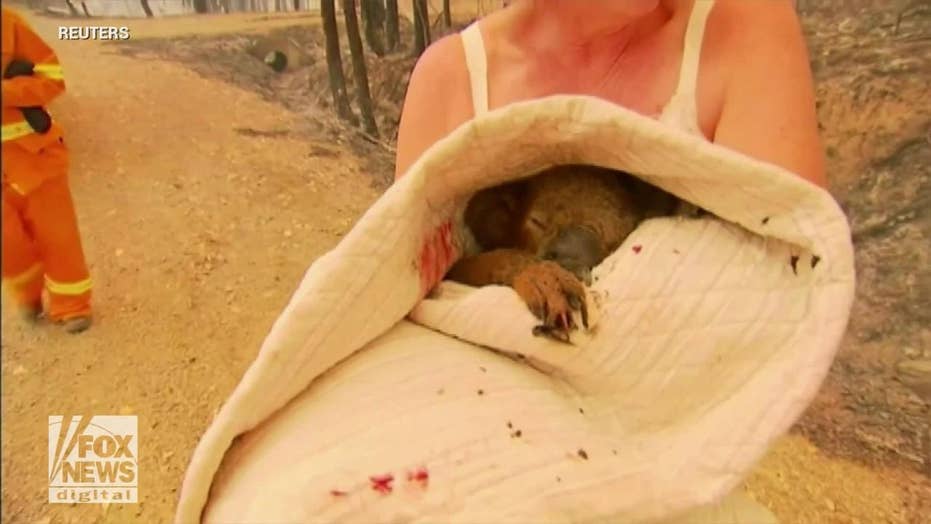 A woman in Australia rescued a badly burned and wailing koala from a bushfire on Tuesday. The marsupial was taken to a local veterinarian and is expected to make a full recovery.

Lewis the koala, who was captured on video being pulled from charred NSW bushland by a heroic grandmother after a bushfire, has died.

The Port Macquarie Koala Hospital shared the heartbreaking news this afternoon, saying staff had made the decision earlier today to put him to sleep.

“We placed him under general anesthesia this morning to assess his burns injuries and change the bandages,” the hospital said in a post at about 2.30 p.m.

It stated Lewis’s burns got worse "and unfortunately would not have gotten better."

"The Koala Hospital's number one goal is animal welfare, so it was on those grounds that this decision was made," it reads.