BEIRUT (Reuters) – A business group representing much of Lebanon’s private sector called on Monday for a three-day general strike to press the country’s divided politicians to form a government and end a crisis that has brought the economy to a standstill. 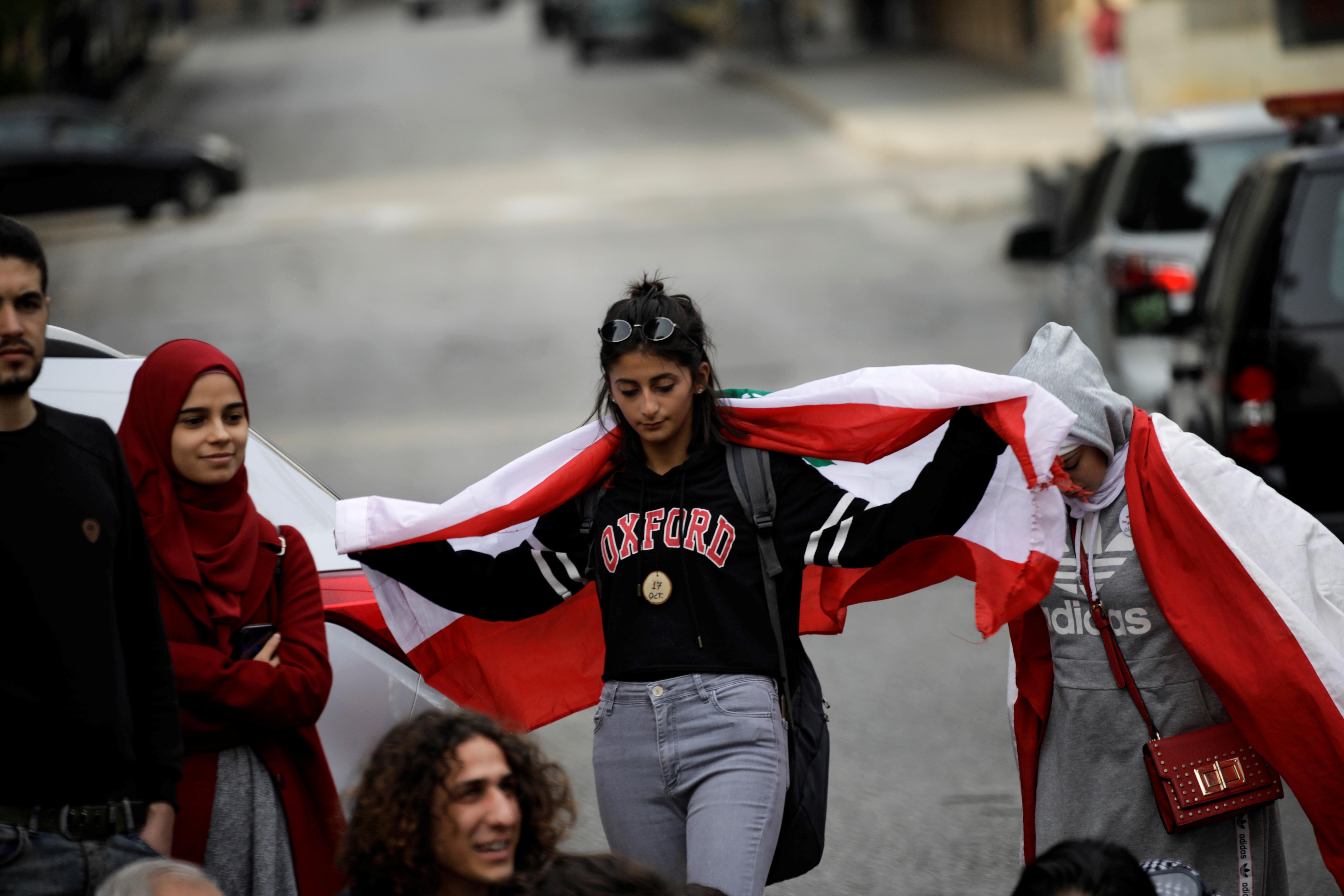 Lebanon has faced five weeks of anti-government protests, fueled by anger at corruption among the sectarian politicians who have governed Lebanon for decades. Demonstrators want to see the entire ruling class gone from power.

Despite the unprecedented nationwide protests, which led to the resignation of Prime Minister Saad al-Hariri on Oct. 29 and a worsening economic crisis, deeply divided politicians have yet to agree on a new government.

“The economic bodies have decided unanimously to call for the implementation of a general strike to close all private institutions in the country on Thursday, Friday and Saturday,” said the Lebanese Economic Bodies, a group that includes private industrialists and bankers.

“The political forces have not assumed their national responsibilities and have not shown the seriousness necessary to produce solutions to the current crisis”, the group said in a statement.

It added, without elaborating, that its “escalation” would continue until a new government is formed.

The group issued its statement hours after clashes broke out on a Beirut roadway between supporters of Shi’ite groups Hezbollah and Amal and anti-government protesters.

Supporters of Hezbollah and Amal have sought to re-open roads and get protesters to go home.

Two people were killed when their car hit a barrier on a coastal road earlier on Monday, security sources said, heightening tensions between anti-government protesters and groups opposed to their campaign against the political elite, in which demonstrators have often set up road blocks.

The crash stoked a debate on social media about whether protest tactics such as road blockages had gone too far.

A video shared on social media that appeared to be taken from a traffic camera showed a car slamming through a road barricade before bursting into flames.

Reuters could not independently verify the video or identify who set up the road barrier.

Hezbollah said in a statement that the deaths were the “result of militia attacks carried out by groups cutting off roadways,” calling the tactics “a threat to civil peace and social stability.”

Hezbollah and Amal were both represented in the coalition government led by Hariri. The heavily armed Hezbollah, which is backed by Iran, had opposed Hariri’s resignation.

In a statement Lebanon’s Supreme Islamic Shiite Council urged security forces to take stronger actions to protect citizens and freedom of movement. Lebanon’s army has sought to keep roads open but has pledged to use peaceful means.

The family of the victims called on authorities to launch an “immediate investigation and take the necessary measures to protect citizens in all areas and hold those cutting off the roads accountable,” according to a statement on state news agency NNA.