Lawyers for two retired paratroopers accused of murdering an IRA chief have today said the prosecution are trying to ‘launder’ inadmissible statements the pair were forced to give in 1972 so they can be heard in court ‘through the backdoor’.

Mr Justice O’Hara reserved his ruling on whether the statements can be admitted as evidence in the trial after he was told by a Crown lawyer that his determination would be pivotal to the prosecution case against soldiers A and C proceeding.

The judge also described as ‘remarkable’ the fact the ex-soldiers had been prosecuted for 24-year-old Joe McCann’s murder on the basis of a report by a police legacy unit, the Historical Enquiries Team (HET), and not as a result of a follow-up criminal investigation by the Police Service of Northern Ireland (PSNI).

He said during a discrete hearing on the admissibility issue: ‘One of the remarkable features of the case is after the HET interviews they weren’t interviewed by the PSNI, they weren’t arrested, but they are in court on trial for murder.’

Mr McCann was shot dead as he ran away from police and Army on Joy Street in Belfast in April 1972.

Joe McCann, pictured above, 24, was shot dead by soldiers in the Markets area of Belfast in 1972 while dressed in disguise as he attempted to evade arrest at the hands of Royal Ulster Constabulary officers 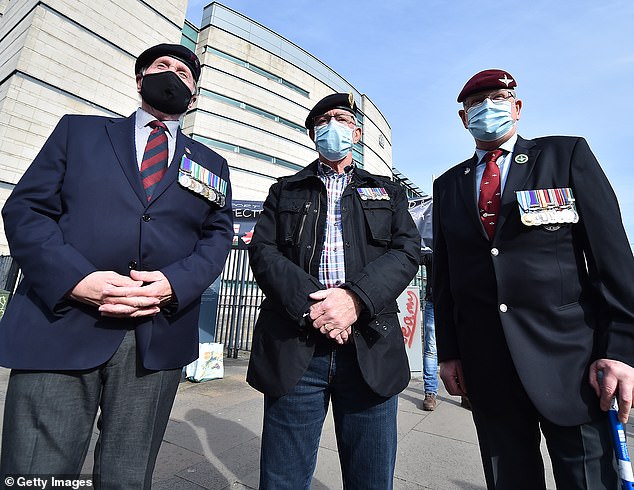 The prosecution was taken following the Northern Ireland’s Attorney General referral of the case to the Director of Public Prosecutions in 2014 after receiving the findings of the HET re-examination of the case.

During today’s hearing in Belfast Crown Court, it emerged that the prosecution had conceded that witness statements made by the accused veterans to the Royal Military Police in the immediate aftermath of the fatal shooting would be inadmissible as evidence if considered in isolation.

That is due to a series of deficiencies in how the 1972 statements were taken, including the fact the soldiers were ordered to make them, they were not conducted under caution, there was no access to legal representation and the Army policy of not asking soldiers to provide an explanation or rationale for their actions.

The focus of the legal wrangle over admissibility centres on statements and interviews the soldiers gave to the HET 38 years later. 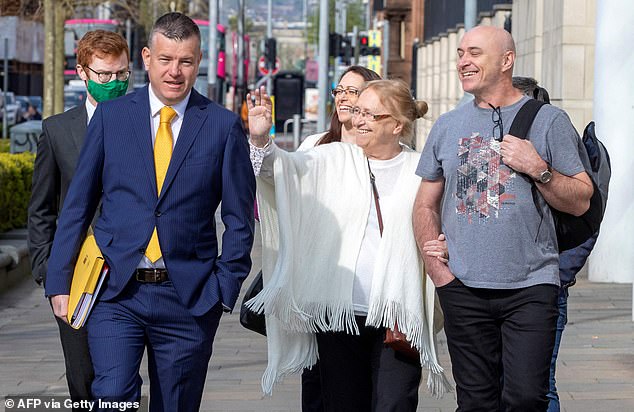 Dec 3, 1965 – Convicted of possessing Army bayonets and being an IRA member and was sentenced to a year in prison.

March 9, 1971 – Reports he was involved in the murder of Provisional IRA member Charlie Hughes.

June 28, 1971 – Convicted of breach of the peace at an IRA funeral and is sentenced to six months, but absconds on bail.

August 10, 1971 –  Involved in a bakery siege and subsequent firefight.

September 21, 1971 – He is implicated in the attempted murder of four police officers.

February 22, 1972 – Took part in the bombing of Parachute Regiment headquarters in Hampshire that killed seven civilians.

April 15, 1972 – He is shot dead in the Markets area of Belfast. The Official IRA say he was responsible for killing 15 British soldiers.

In their engagements with the HET in 2010 both soldiers accepted that they made the 1972 statements.

Lawyers for the soldiers expressed concern that the prosecution was trying to ‘launder’ the inadmissible 1972 statements and get the evidence contained in them before the trial using the ‘backdoor’ of the 2010 statements and interviews.

They also highlighted flaws in the HET process.

They said the soldiers’ lawyers were not told that the 1972 statements were inadmissible and the veterans were under the impression they were participating in a fact-finding exercise to benefit the McCann family, rather than a criminal probe.

Mr Justice O’Hara questioned why when the veterans were cautioned prior to their HET interviews they were not informed what offence they were suspected of committing, namely murder.

Prosecution barrister Louis Mably conceded the soldiers should have been told.

‘There were plainly deficiencies in the approach adopted by the HET,’ he said.

He said it depended on the circumstances of the case.

He said Soldier A ‘voluntarily’ relied on the 1972 statement in his 2010 engagement with the HET and he said Soldier C went further, offering new ‘incriminating’ evidence of his involvement in the shooting during interview.

The Crown lawyer acknowledged that the various statements from the soldiers were the only evidence available to court capable of proving that they fired shots at Mr McCann on the day.

In response, the judge asked: ‘So without the interviews the case must inevitably fail?’ Mr Mably replied: ‘On that basis my lord, yes.’

Justice O’Hara said he would make his ruling on the admissibility issue at 11am on Friday. 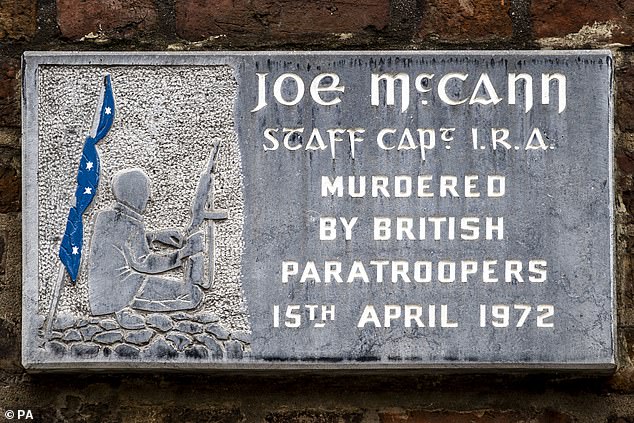 A plaque on the spot where Mr McCann was shot dead on Joy Street in Belfast. The image of it is based on a photograph of Mr McCann said to be taken in August 1971 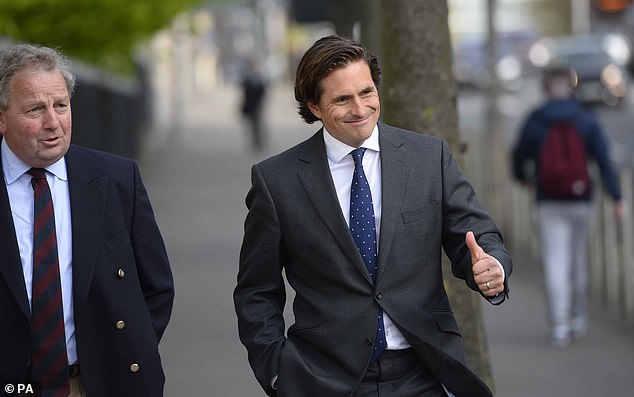