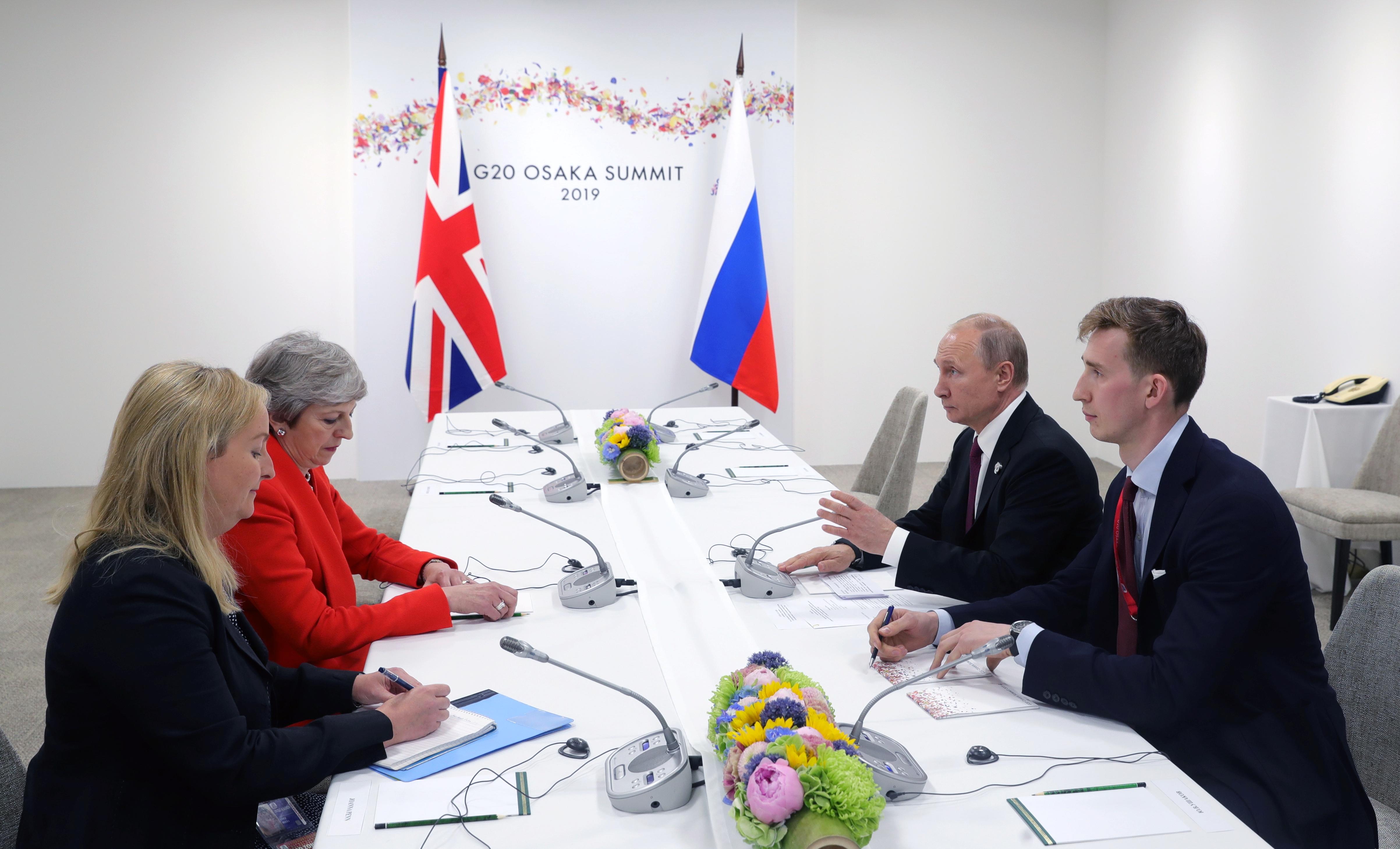 MOSCOW (Reuters) – The Kremlin said on Friday that British Prime Minister Theresa May raised the poisoning of a former Russian spy on British soil at talks with Vladimir Putin and that the Russian president provided her with the relevant answers.

Meeting on the sidelines of the G20 in Osaka, May and Putin also spoke of the need to look for ways to revive business ties between Britain and Russia, Kremlin spokesman Dmitry Peskov told reporters on a conference call.

Peskov did not elaborate on what relevant answers were given.