Kourtney Kardashian is opening up about accidentally breaking her engagement ring from fiancé Travis Barker.

On the latest episode of The Kardashians, the Poosh founder, 43, revealed to mom Kris Jenner that she mistakenly stepped on the ring that was gifted to her by the Blink-182 drummer during their romantic October 2021 engagement.

The conversation started when Jenner, 66, noticed that Kardashian was not wearing her ring.

After asking her oldest daughter where it was, Kardashian explained that the piece of jewelry was "getting fixed," adding that breaking the ring was "probably one of the worst things I've ever done in my whole life."

"I was sitting on my floor folding sweatshirts. I took the ring off and I put it next to me on the floor, like, thinking it would be safe right next to me," Kardashian said. "I had to get something up above in my closet, and when I stepped down, I stepped on the ring." 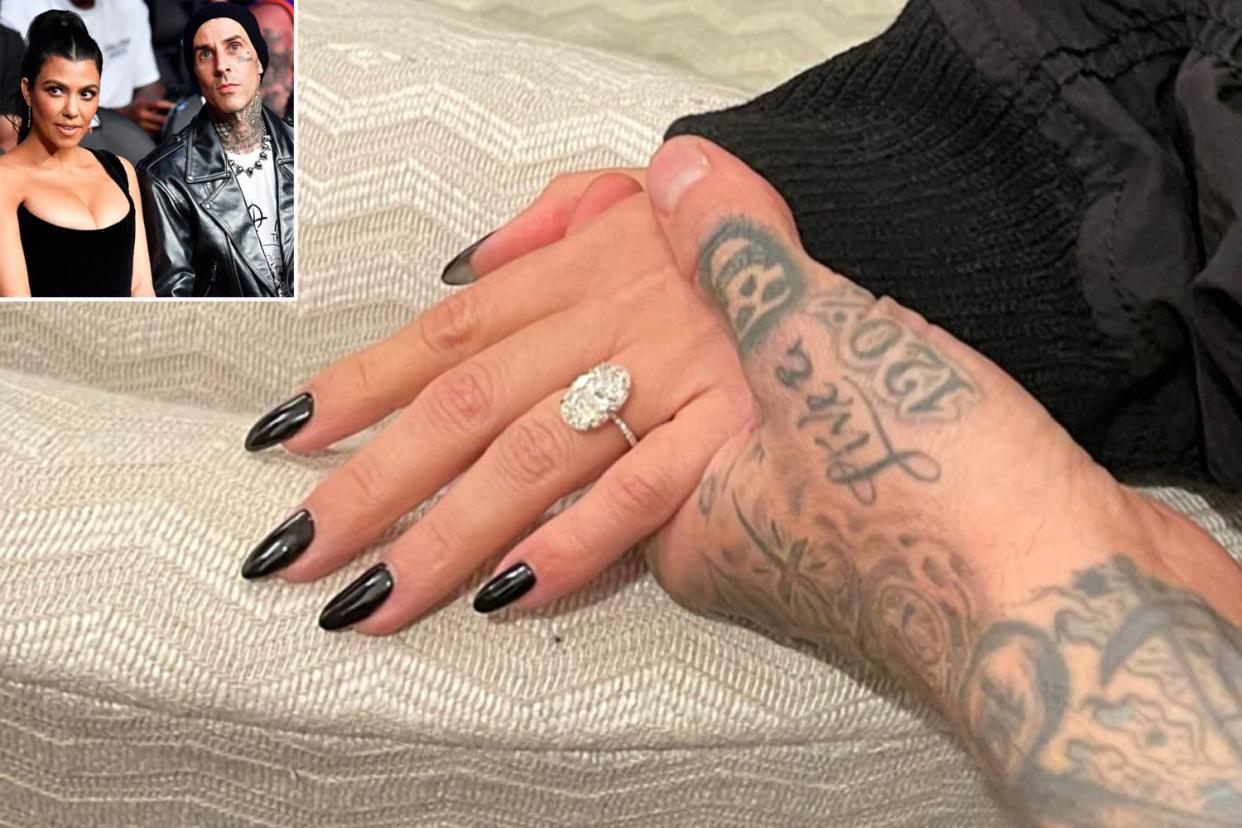 Kardashian went on to say that she was "hysterically crying in my closet for hours." She recalled contacting Barker to inform him of what had happened, telling him, "I did something really, really bad."

Barker, however, took the incident in stride, as Kardashian noted that he "handled it the best."

"It really gave me, like, a nervous breakdown," the mother of three added of breaking the ring. "I was just like, 'This is the most beautiful thing that I've ever had in my life, and how could I have done that?' " 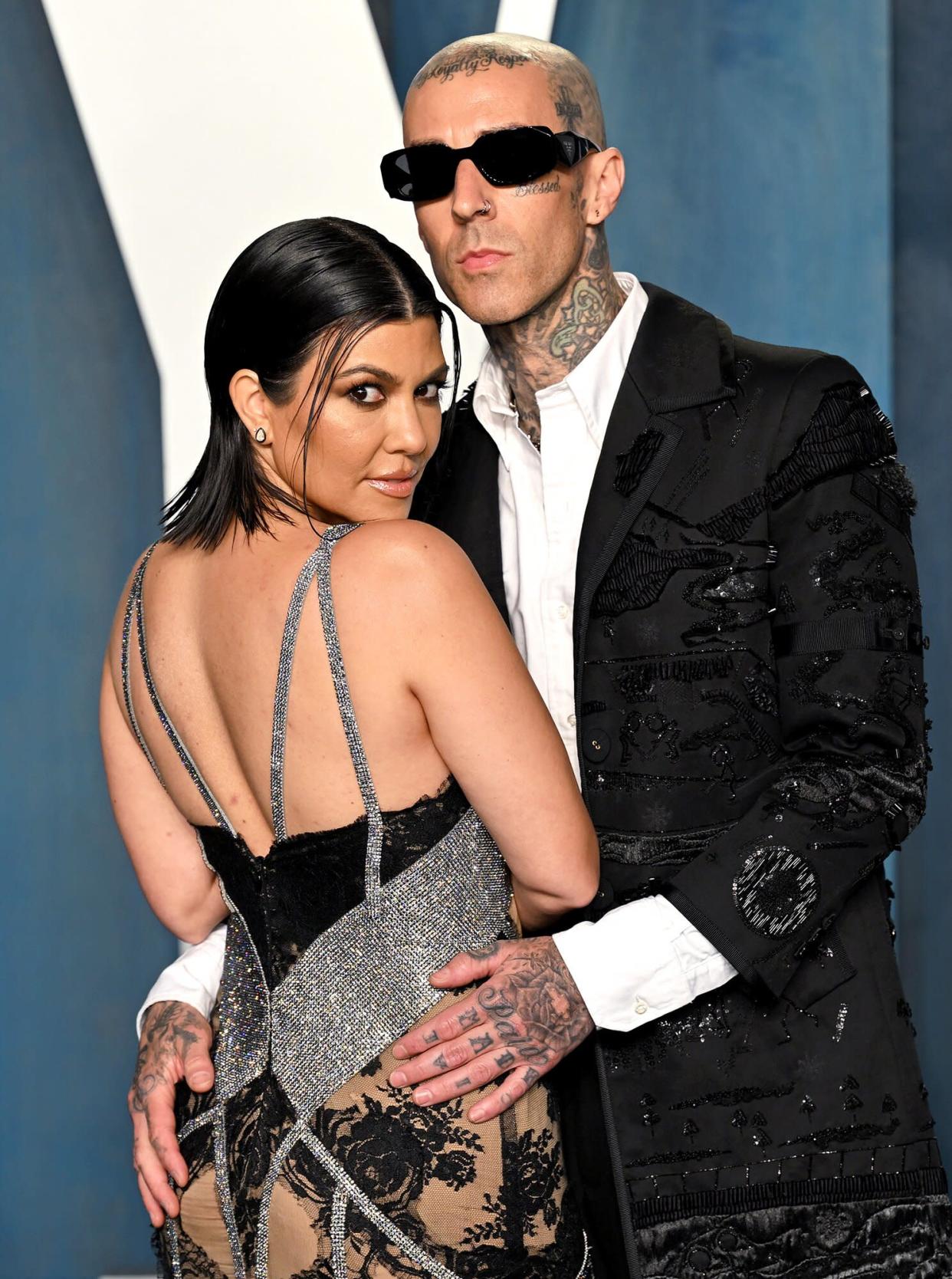 Kardashian got engaged to Barker last year on the beach in Montecito, California. The pair had been dating less than a year when the rocker got down on one knee.

After their engagement, jewelry designer Lorraine Schwartz opened up to PEOPLE about how Barker worked closely with her to craft Kardashian's jaw-dropping engagement ring.

"It's a flawless, beautifully cut diamond stone," Schwartz previously told PEOPLE of the ring Barker gave to Kardashian when he popped the question.

"I worked on it with Travis and he was a really big part of it," the celebrity jeweler added. "He was really hands-on in the whole making of it. It's gorgeous and they're happy."

RELATED VIDEO: Kourtney Kardashian Gets Emotional After Her Kids Aren't Invited to Her Proposal: 'I Feel Bad'

The couple's upcoming nuptials will be the first legal wedding between the pair.

Last month, the couple had an Elvis-officiated wedding ceremony in Las Vegas following the 2022 Grammy Awards. Though they tried to get a marriage license for the event, they were unable to do so, which means they were not legally wed.

Jenner recently chatted with PEOPLE about how she has "been sworn to secrecy" in regards to Kardashian's upcoming big day, adding, "If I say one thing about a wedding, I am gonna be in so much trouble!"

New episodes of The Kardashians drop Thursdays on Hulu.