SEVERAL people have been injured after a car crashed into a large homeless encampment in Los Angeles this morning.

The incident unfolded on the 500 block of South Virgil Avenue in Koreatown just after 6am local time when a white Dodge sedan mounted the sidewalk and plowed into a parade of tents. 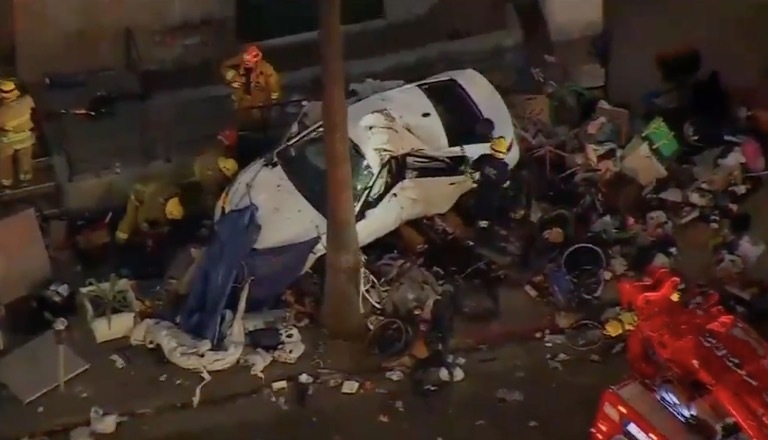 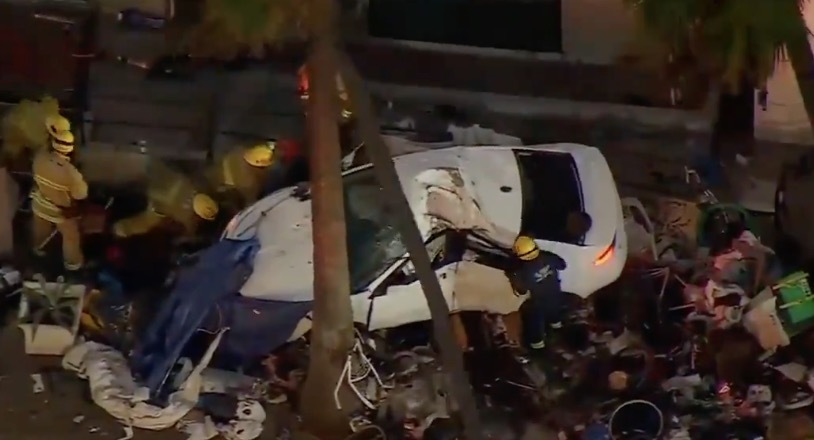 At least five people were hurt in the crash, including one person who was trapped beneath the sedan, the Los Angeles Fire Department said in a statement.

The trapped victim has since been freed after an LAFD heavy rescue unit used the Jaws of Life to lift the sedan.

He had been sleeping on a sofa when he was hit. The sofa may have saved his life, authorities said.

Four of the injured required hospitalization. One person was reported to be in a moderate condition and the other three in "fair condition", officials say.

The condition of the driver remains unclear.

The cause of the crash is currently under investigation and no arrests were immediately announced.

KNX's Craig Fiegenera reported that the white dodge collided with another vehicle before crashing into the homeless camp, though this is yet to be confirmed by investigators.

Images captured at the scene show the sedan with extensive external damage, including a huge dent to the driver's side of the car.

The Los Angeles City Fire Department has not yet returned a request seeking further information from The Sun.