Bangkok: The leader of the junta that seized power in Thailand five years ago, Prayuth Chan-ocha, was chosen by Parliament to be prime minister after an election marred by charges of manipulation.

Prayuth, a former general who held the title of prime minister during the years of military rule, won by a combined vote of 500-244 in the House of Representatives and Senate.

He defeated the opposition nominee, Thanathorn Juangroongruangkit, leader of the pro-democracy Future Forward Party who was elected to Parliament but suspended from his seat last month by the Constitutional Court. 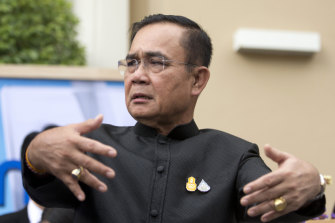 Prayuth, who is not a member of Parliament, chose not to address the joint session. Thanathorn was not allowed to speak before Parliament but delivered a speech outside the chamber.

Future Forward leaders alleged that some politicians were offered the equivalent of US$1 million or more to switch sides, though they did not say who made the offers.

One member said he had been offered increasingly larger amounts until the figure reached nearly US$4 million. A spokesman for the military-backed party, Palang Pracharat, did not respond to a request for comment.

Given that the military-appointed all 250 members of the Senate, Parliament's upper house, Prayuth's thin edge in the 500-member lower house suggests he is likely to face substantial opposition there from pro-democracy forces in the coming months.

For Prayuth, an autocratic ruler who wielded absolute authority as head of the military's National Council for Peace and Order, leading a multiparty, coalition government will be an adjustment.

To get the votes to become prime minister, he had to agree to appoint Cabinet ministers from allied parties. And for the first time, he may now be held to account by an elected lower house with a sizable opposition bloc.

"This will be different than over the past five years," said Purawich Watanasukh, a research fellow at the independent King Prajadhipok's Institute in Bangkok. "In the military regime, he had sole power. This time, we had an election, and he has to share power."

Thailand, a constitutional monarchy, has a long history of military coups and rewritten constitutions.

The junta seized power in 2014, led by Prayuth, then a general, after months of paralyzing street protests in Bangkok by the followers of two rival political factions that are aligned today with the Democrat Party and the Pheu Thai Party.

The junta adopted an interim constitution, which gave the head of the regime absolute power over all branches of government.

For years, Thailand was the only country in the world ruled solely by a military regime until April, when Sudan's president was toppled in a military coup.

The Thai junta promised elections, but it first drafted a new constitution that gave the military substantial power over what would normally be seen as civilian affairs, including appointing senators, who serve five-year terms. 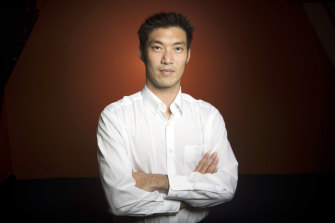 The military won voters' approval of the constitution in 2017 in a one-sided referendum in which opponents were prevented from campaigning.

The junta leaders hoped that the long-delayed lower house elections March 24 would give them the veneer of legitimacy at home and abroad, while ultimately letting them retain power.

"The international pressure was high," Thanathorn, the Future Forward Party leader, said in an interview. "They couldn't continue being a military government forever."

The result is a hybrid government that will be neither a military regime nor a democracy.

The new government's legitimacy has already been called into question by the opposition.

Thanathorn accused the military-appointed Election Commission of manipulating the election results. He claims the commission changed seat allocations to tip control of the lower house from the pro-democracy opposition to the military's backers.

Thanathorn, who emerged from the vote as a leader of Thailand's democracy movement, said he and his party have been slapped with a dozen election complaints and criminal charges in an effort to muzzle them.

The Constitutional Court suspended him from taking his seat in Parliament last week after the Election Commission filed a case accusing him of not divesting his shares in a media company before a deadline.

Thanathorn denies the allegation and is fighting to be reinstated.

"Nobody really believed this election would be free and fair," he said. "But it is way below what is acceptable, and that is why people are angry out there."