Crooning lothario Julio Iglesias once claimed he had slept with 3,000 women in a decade.

But the 75-year-old To All the Girls I’ve Loved Before singer’s promiscuous reputation may finally be catching up with him.

A Spanish court has heard a paternity case brought by Javier Sanchez Santos, 43, who claims the Grammy-award winner is his father.

The lady-lover is said to have spent a week with his Portuguese ballerina mother, Maria Edite, in July 1975. She gave birth to Sanchez nine months later.

And DNA taken from a bottle used by his son, Julio Iglesias Junior, on a Miami beach is claimed to prove that the two are brothers. 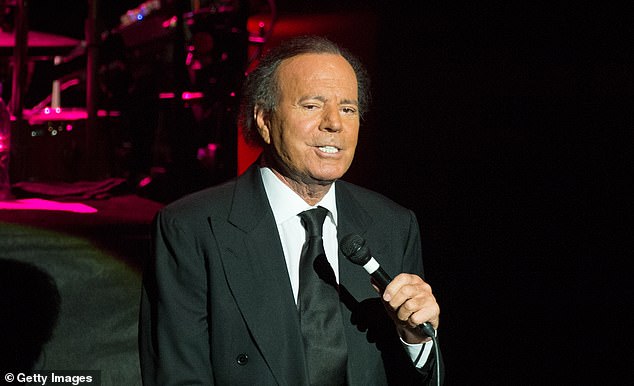 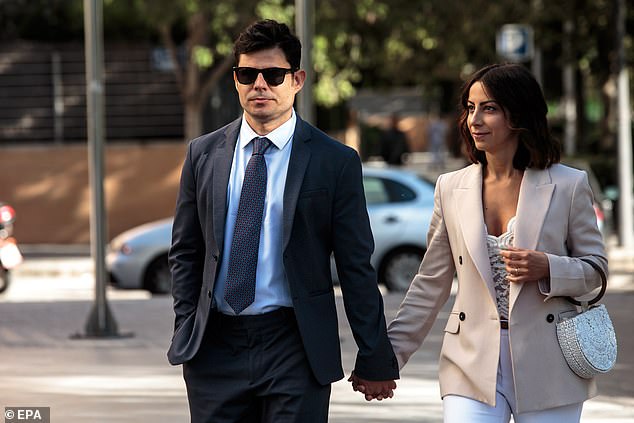 Lawyers for Javier Sanchez Santos, 43, who is bringing the case, said it proves he is a brother of Iglesias’s son Julio Iglesias Junior. (Pictured) Javier arriving at court yesterday

Heard by a Valencia court on Thursday, the case was quickly adjourned so that the judge could ‘assess a procedural issue’ before examining it in depth.

Sanchez was at court for the hearing, which was held behind closed doors, but the casanova was not.

‘I want to believe in the justice system… I just have to wait now,’ Sanchez said as he left.

He won a case in 1992 which said the father of legendary Enrique Iglesias was his father, but the ruling was later overturned on appeal.

His lawyer, Fernando Osuna, said a new trial is justified after ‘DNA evidence’ from the water bottle proved a paternal link between one of his eight children and Sanchez.

However the legal team for the Can’t Help Falling in Love singer, according to Osuna, have said the trial should not take place as the case has already been to court and was dismissed. 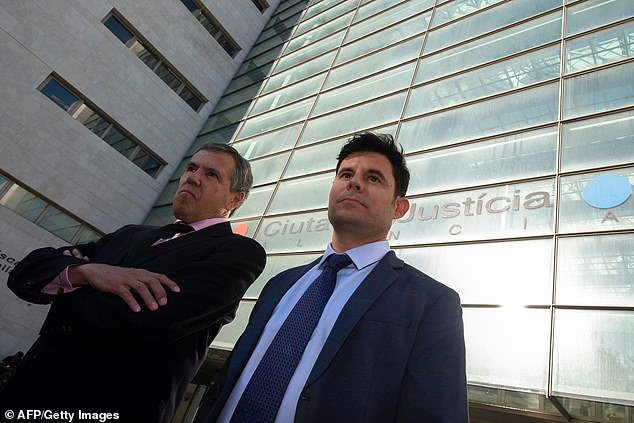 Sanchez’s mother, Portuguese ballerina Maria Edite, is claimed to have spent a week with the singer in Catalonia during July 1975 and, nine months later, Sanchez was born

Iglesias has always refused to do a DNA test.

Known for his romantic ballads and a prolific love life, Iglesias has sold over 300 million albums in his decades-long career.

He has been married twice, to Spanish socialite Isabel Preysler with whom he had three children, and to Miranda Rijnsburger, his current wife with whom he has five others.

He has often presented himself as an unapologetic flirt with ‘an obsession for sex’.

‘Don’t ask me how many brothers I have, I don’t even know myself,’ his son Julio Jr said in 2018 on television.