JP Morgan CEO Jamie Dimon knocks Bitcoin as ‘worthless’ but crypto traders hit back at criticism and price RISES to above $57,000

Dimon, a longtime critic of Bitcoin, made the remarks while participating virtually in an Institute of International Finance event on Monday, comparing the digital currency to cigarettes.

‘I personally think that Bitcoin is worthless,’ Dimon said at the conference. ‘I don’t think you should smoke cigarettes either.’

‘Our clients are adults. They disagree. If they want to have access to buy or sell bitcoin – we can’t custody it – but we can give them legitimate, as clean as possible access,’ he added. 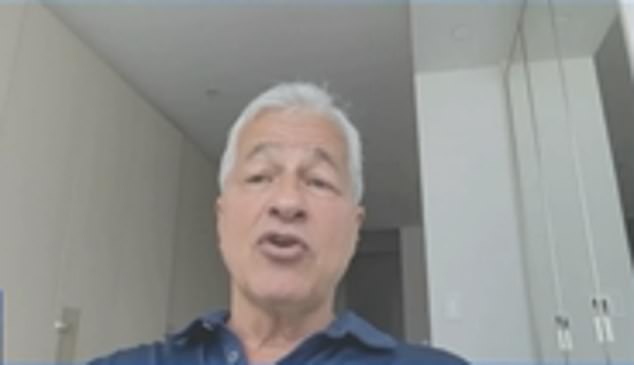 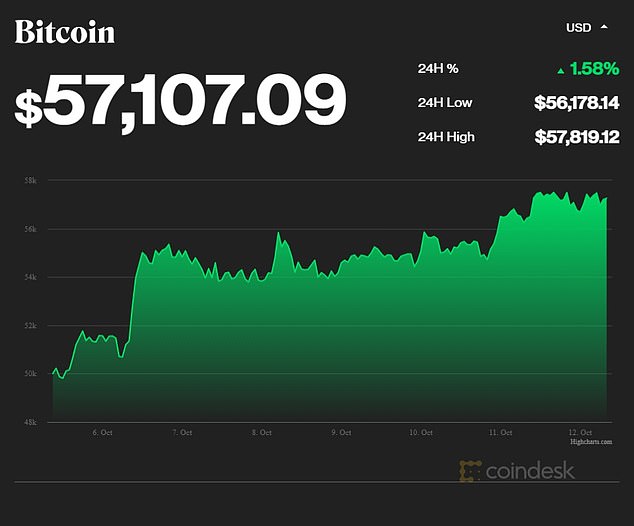 Bitcoin prices jumped to a five-month high on Monday, impervious to Dimon’s remarks

Dimon famously called Bitcoin a ‘fraud’ in 2017, when the cryptocurrency was trading at around $4,000.

Prices appeared unfazed by his latest remarks, jumping 5 percent as Bitcoin hit a five-month high of $57,819.12 on Monday.

Despite Dimon’s criticisms, JPMorgan has been one of the most active banks in blockchain, announcing it had created its own distributed ledger called Quorum in 2016, which was later sold to blockchain company Consensys. 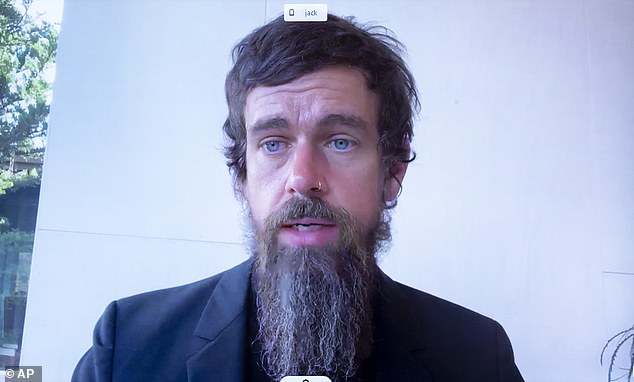 Bitcoin enthusiasts including Twitter CEO Jack Dorsey (above) were quick to hit back at Dimon, calling him clueless and out of touch

Onyx has more than 100 employees and its blockchain applications are close to generating revenues for the bank, the company says.

Among the division’s applications is Liink, a payments information network involving more than 400 banks, and a project to replace paper checks.

Bitcoin enthusiasts were quick to hit back at Dimon, calling him clueless and out of touch.

‘I personally think that Jaime Dimon is worth more to Bitcoin…’ Twitter CEO Jack Dorsey tweeted cryptically. Dorsey, also the founder of payments company Square, has been a constant advocate for Bitcoin. 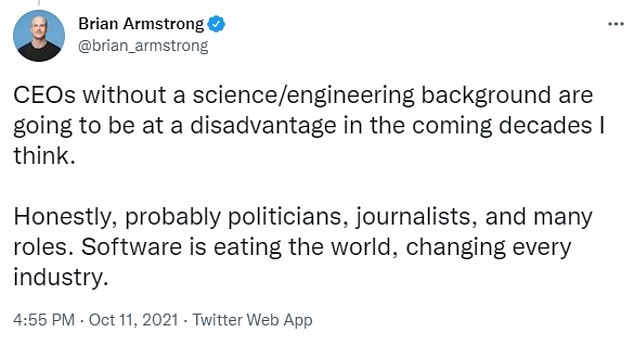 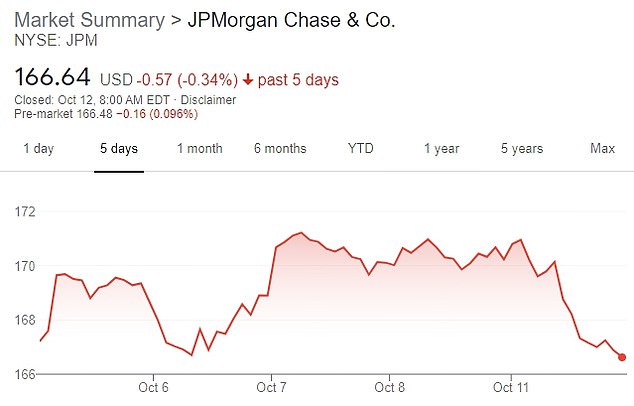 Brian Armstrong, CEO of the cryptocurrency exchange platform Coinbase, tweeted that Dimon lacked the sophistication to understand the potential of the blockchain technology behind Bitcoin.

‘CEOs without a science/engineering background are going to be at a disadvantage in the coming decades I think. Honestly, probably politicians, journalists, and many roles,’ Armstrong tweeted.

‘Luckily, the tools to learn it are available online for free, and are getting better and better. It’s accessible to almost anyone, if they are willing to power through it, and at least learn the basics,’ he added.