John Cleese has sparked an online row by suggesting that London is ‘not really an English city’.

The star of Fawlty Towers and Monty Python – who revealed last year he was moving to Nevis in the Caribbean – wrote to his 5.6 million Twitter followers that ‘London was not really an English city anymore.’

His comments echo those he made in 2011, when the veteran entertainer told Australian television that London ‘doesn’t feel English.’

Cleese – who is no stranger to controversy on social media – caused a heated debate online with his latest comment, with some people mocking the 79-year-old, while others supported his views. 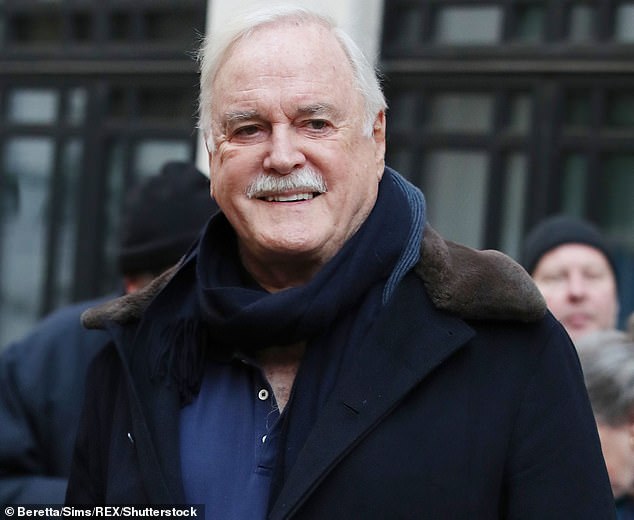 John Cleese, the star of Fawlty Towers and Monty Python, ventured his opinions on Twitter, and not for the first time, provoked a heated reaction 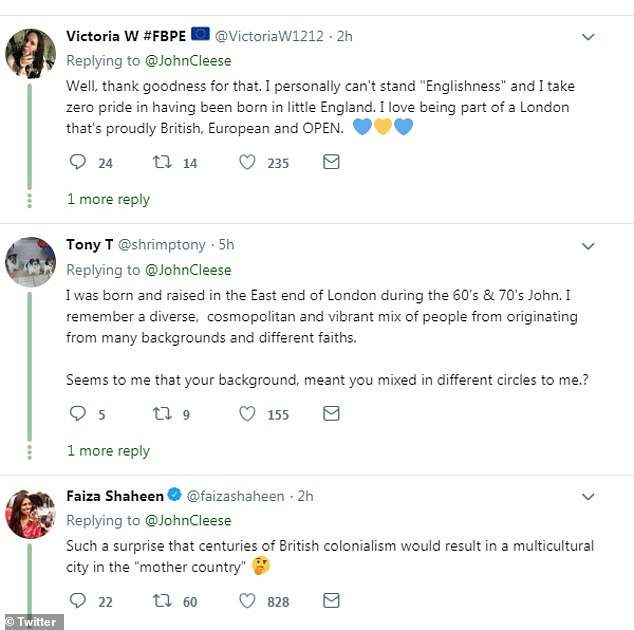 A number of other Twitter users latched onto the comments from Mr Cleese and disagreed with him, including Sadiq Khan who said Cleese sounded like Basil Fawlty

Not everyone disagreed with the Monty Python star. The official Leave.EU account praised Cleese, writing: ‘Bravo to British comedy legend and Brexiteer @JohnCleese for speaking up about the state of London The liberal luvvies on Twitter are in meltdown over his refusal to apologise for telling the truth!’

His tweet said: ‘Some years ago I opined that London was not really an English city any more.

‘Since then, virtually all my friends from abroad have confirmed my observation

‘So there must be some truth in it…

‘I note also that London was the UK city that voted most strongly to remain in the EU.’

How did London vote in the 2016 EU referendum?

Comedian Cleese has claimed London voted ‘strongly’ to remain in the EU.

But how does the vote break down?

In some areas, such as Lambeth, proportion of the vote for Remain was higher than 70 per cent.

TV presenter Rick Edwards wrote: ‘Just when you think you can’t love John Cleese any more!! It turns out you can’t.

But not everyone disagreed with the veteran entertainer.

The official Leave.EU account praised Cleese, writing: ‘Bravo to British comedy legend and Brexiteer @JohnCleese for speaking up about the state of London The liberal luvvies on Twitter are in meltdown over his refusal to apologise for telling the truth!’.

‘Londoners know that our diversity is our greatest strength. We are proudly the English capital, a European city and a global hub.’

It is not the first time Mr Cleese has courted controversy online,

Mr Cleese previously mentioned that London is ‘no longer an English city’ in an appearance on Australian television in 2011.

‘They said ‘we’re the most cosmopolitan city on Earth’ but it doesn’t feel English.

‘I had a Californian friend come over two months ago, walk down the King’s Road and say to me ‘well, where are all the English people?’.

‘I love having different cultures around but when the parent culture kind of dissipates you’re left thinking ‘well, what’s going on?”