Jimmy Butler does not regret going to the Miami Heat. In three seasons, Butler has reached the playoffs with the Heat. He's made one appearance in the NBA finals and is currently in the midst of another deep playoff run.

But there exists an alternate world where none of this happened. Following the 2018-19 NBA season, Butler's career was at a crucial point. After spending 55 games with the Philadelphia 76ers, Butler was a free agent. Considering how well the 76ers performed with Butler, he was sure to be re-signed, right?

That did not happen. The 76ers opted to go in a different direction, keeping Tobias Harris on a five-year, $180 million deal. Butler hit the free-agent market and decided to sign with the Heat.

Miami eliminated the 76ers from the playoffs Thursday, and Butler couldn't help but reflect on that decision.

Jimmy Butler with a strong message for the 76ers after the Heat beat Philly in the Eastern Conference Finals. “Tobias Harris over me?”

Harris has performed well since signing that deal. He's averaging 18.7 points per game and 6.8 rebounds over the past three seasons. Butler is averaging 20.9 points and 6.5 rebounds per game since joining the Heat. Butler also made two All-Star teams over that period and was named to the All-Defensive team.

While Butler clearly has feelings about the 76ers letting him walk, those feelings don't apply to Joel Embiid. Butler spoke glowingly about Embiid following Thursday's game, saying he wishes they still played together.

Jimmy Butler just said he wishes he was still on Joel Embiid’s team and he loves him. Wow.

Joel Embiid still in pain over losing Jimmy Butler to the Heat 👀😢 pic.twitter.com/vN51ioWSy0

There were multiple reasons Butler and the 76ers failed to reach a new contract. Butler has talked about his frustration with that team and the decisions that led to him moving on. There were also questions about the team's play style. After relying on Ben Simmons throughout the regular season, the team switched things up and let Butler handle the ball more in the playoffs.

Simmons was reportedly frustrated by that, according to Butler, though that did not result in any bad blood. Butler said he would have felt the same way if he was Simmons, and that the team switching up its strategy in the postseason was not "fair."

Things have worked out pretty well for Butler since then. He continues to produce at a high level, and sets the tone for how the Heat play. Following Thursday's win, the Heat are one series away from a second trip to the finals with Butler.

The 76ers haven't advanced past the semifinals the past three seasons. 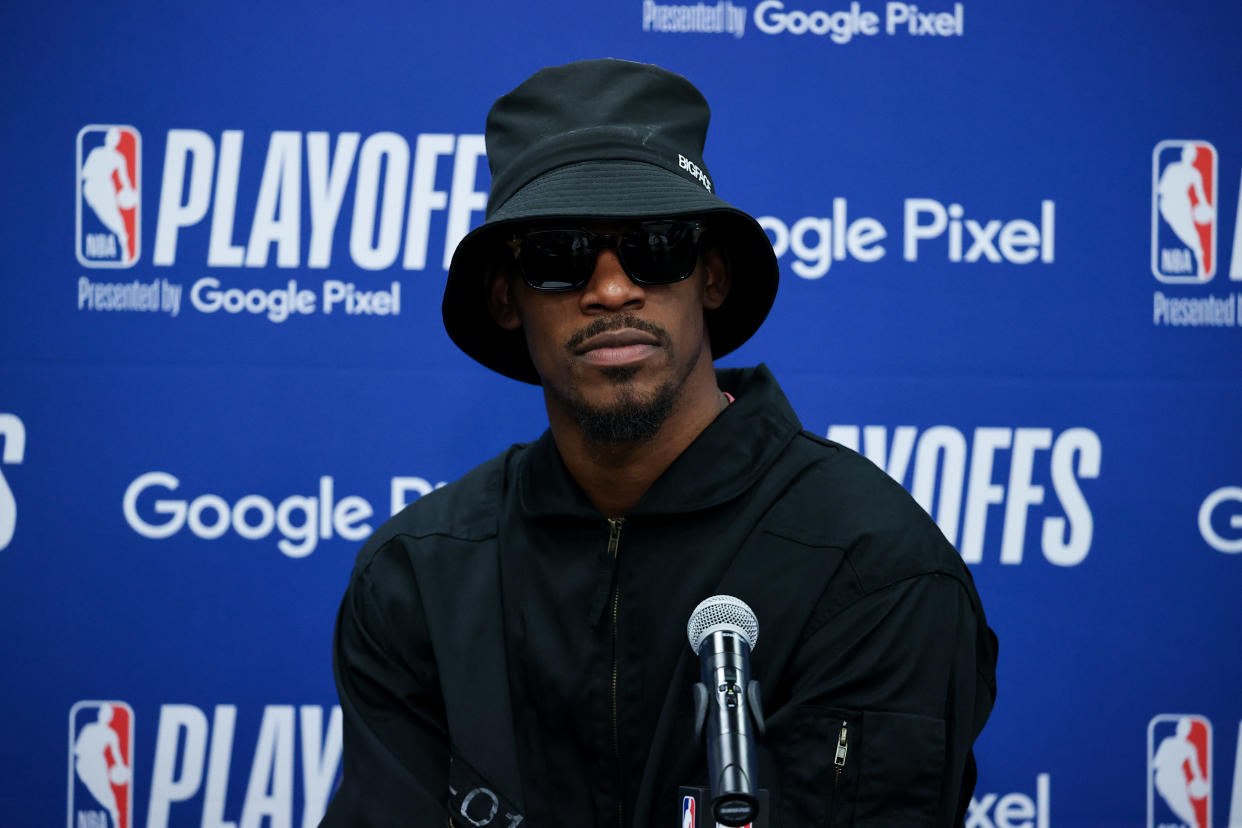