A JEWISH man is afraid to wear his yarmulke in public after an angry mob beat him during a rally that saw fighting between Israeli and Palestinian supporters.

Joseph Borgen, 29, went to a rally in New York on Thursday when people began beating him in midtown Manhattan in broad daylight. 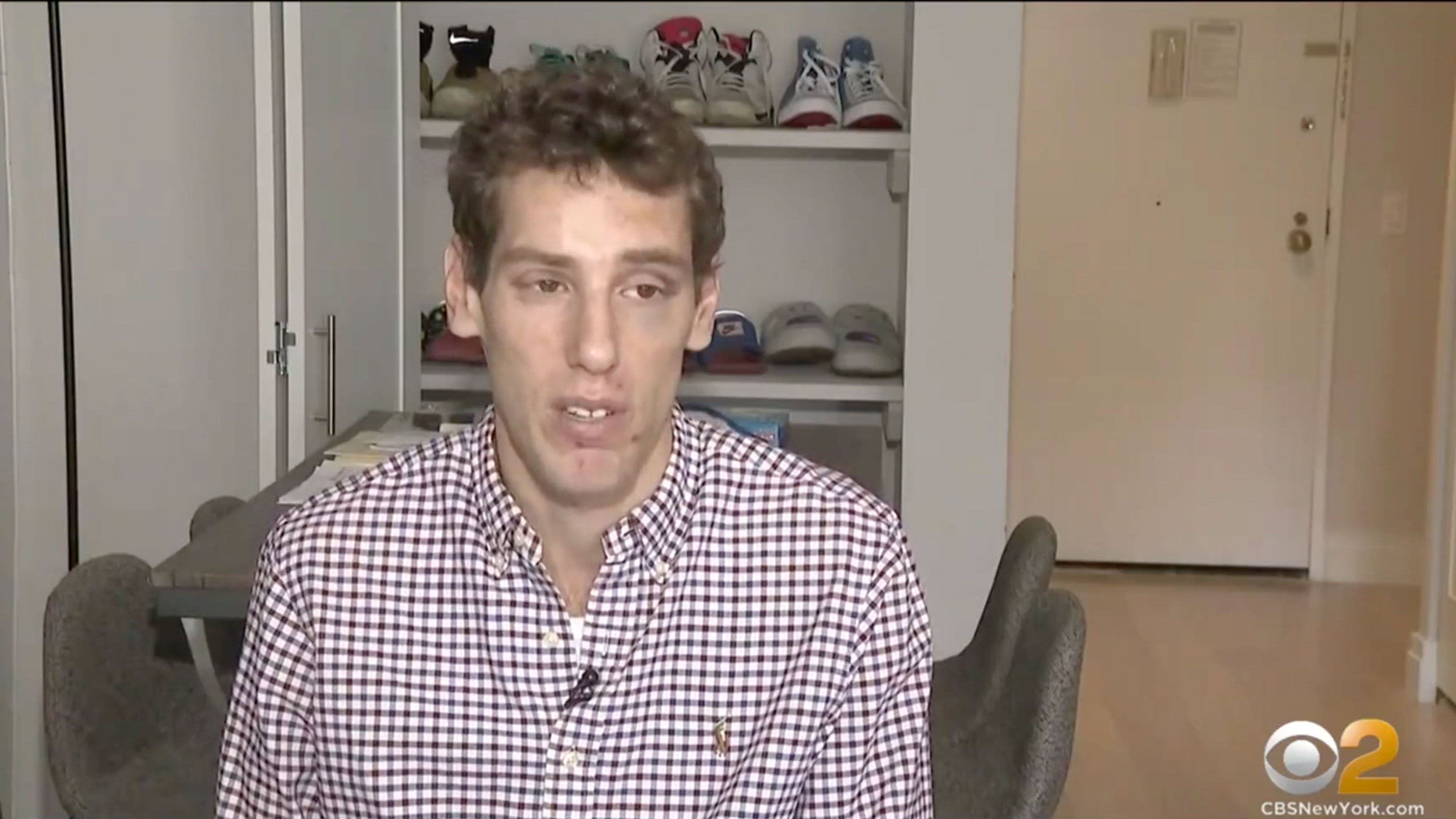 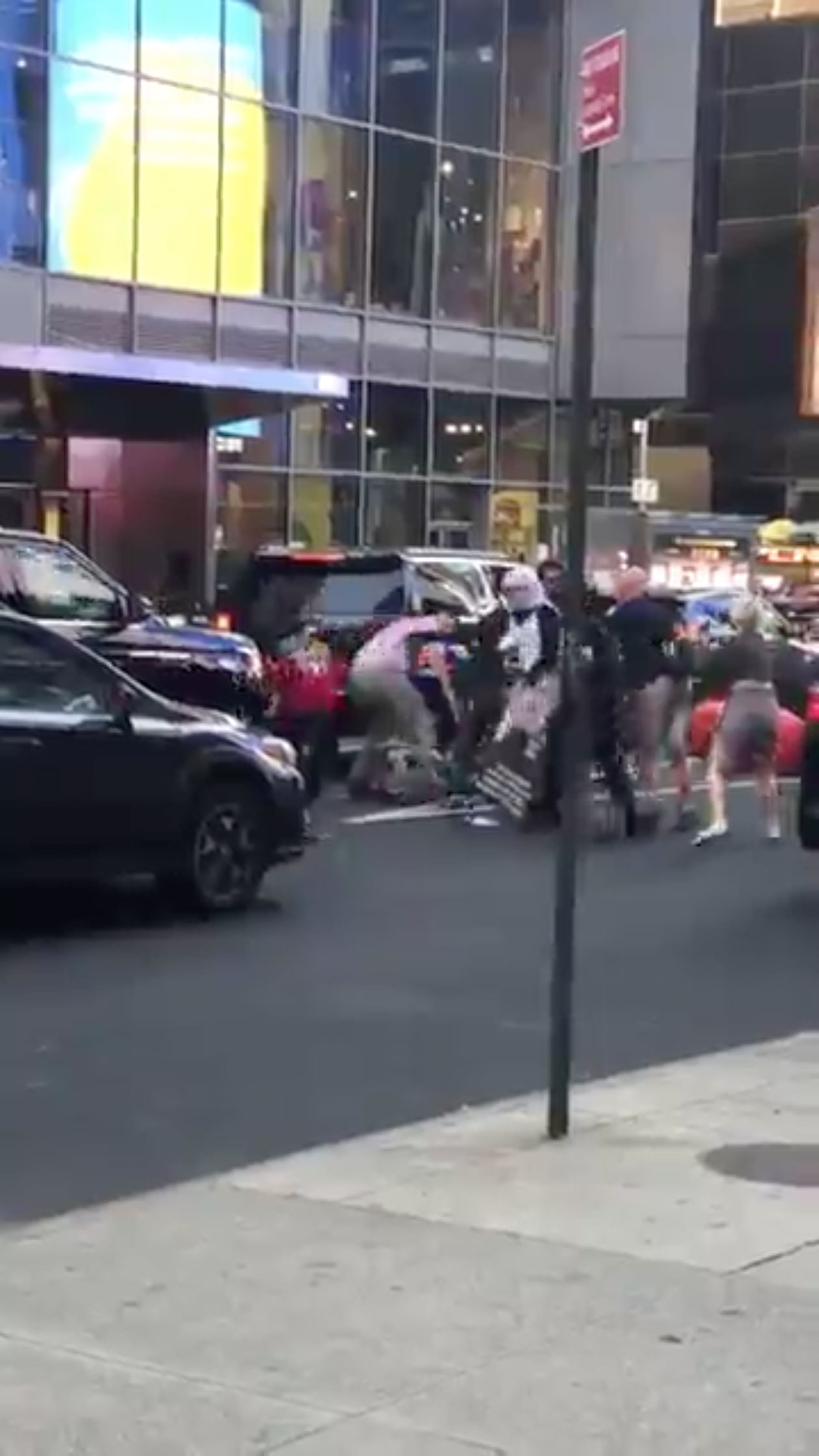 "There was a rally at this location last week, which I had gone to," the accountant told the New York Post. "I wore a yarmulke last week, and nothing big happened."

"I showed up for the same rally this week," he continued. "I got off the subway at 6:30 and started walking to the rally, and before I could even make it to the rally, a few blocks away, a guy started chasing me."

But Borgen said that was just the start of the altercation.

"I tried to get away, and the next thing I knew, I was surrounded by a whole crowd of people who proceeded to kick me, punch me, beat me down," he said. 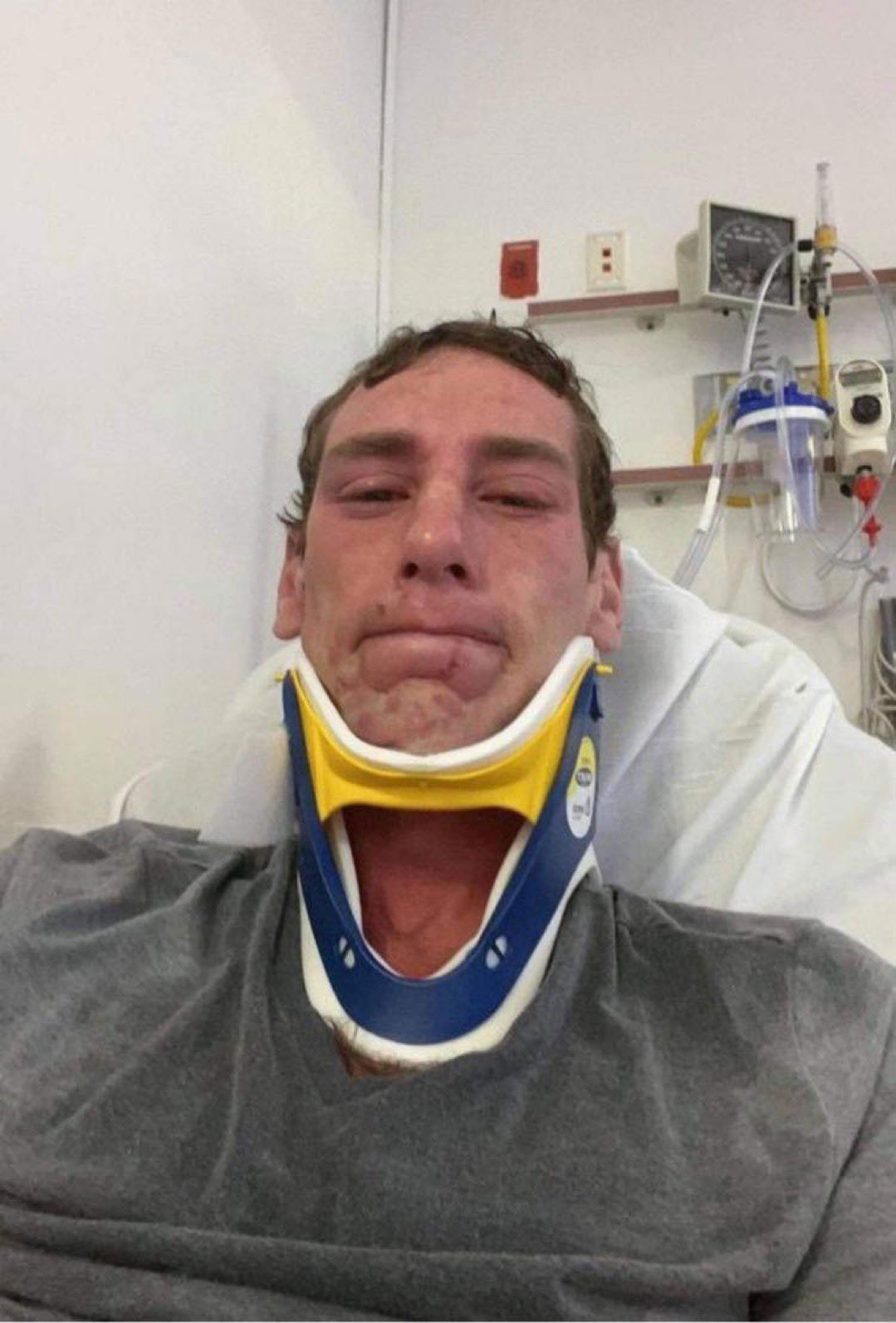 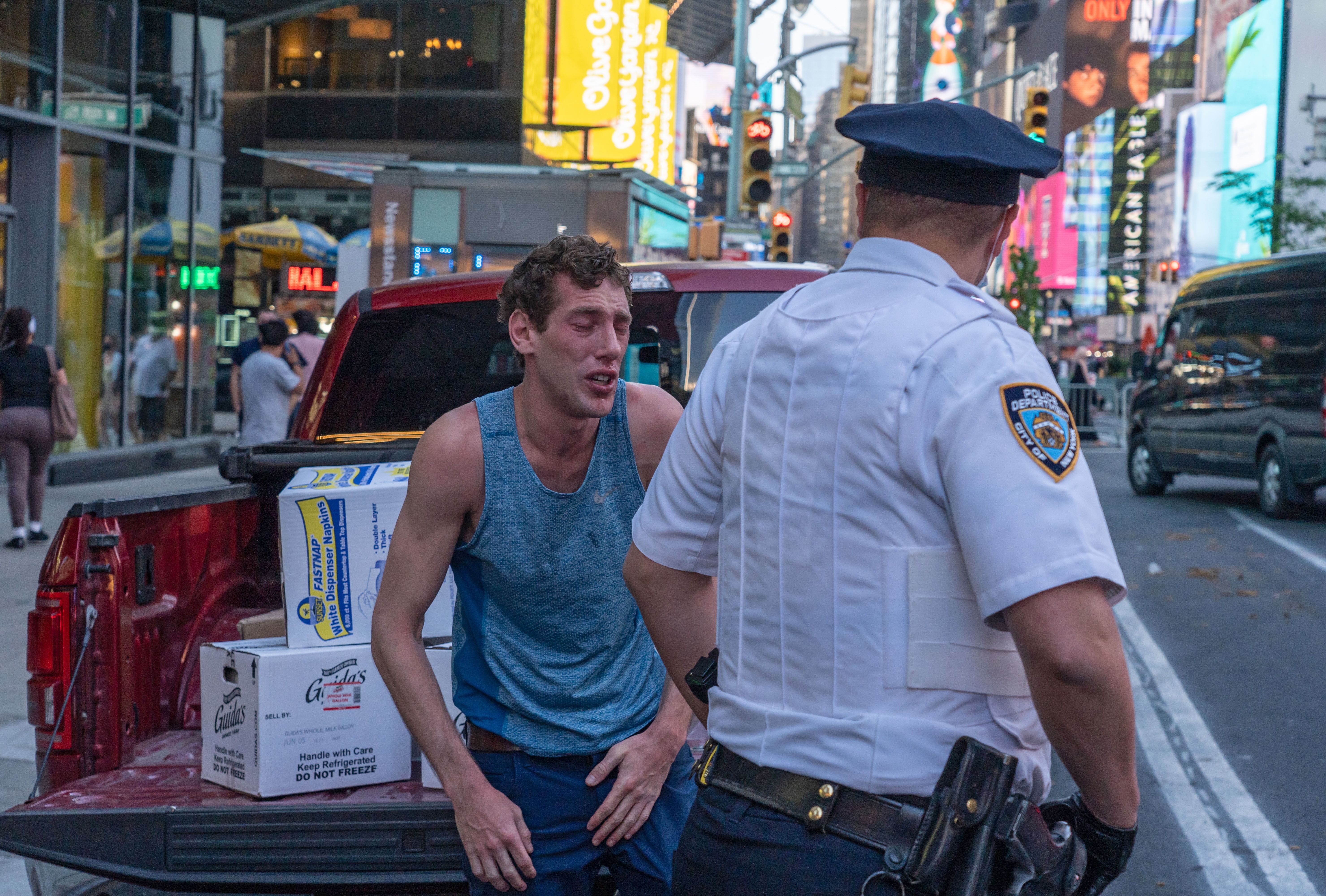 "I felt a liquid being poured on my face and at first I thought I was getting urinated on, but it turned out I was getting maced and pepper-sprayed."

"My face was on fire. That pain was worse than the concussion and all this other stuff that followed," he went on.

Borgen's attack was caught on video, showing him getting slapped around by a handful of men who he claims made anti-Semitic remarks.

Borgen said such remarks included: "You filthy Jew. We're going to f*****g kill you. Go back to Israel. Hamas is going to kill you," according to the Daily Mail.

Police intervened after four minutes, Borgen said, after he was punched, kicked, sprayed and then some in the fracas.

"I have a concussion," Borgen said. "I had an X-ray on my wrist. It’s not broken but it’s messed up."

"Every time I move it it’s in pain, probably sprained. I have bruises all over my body. I have a black eye," he continued. "My face is banged up. I’m just sore all over my body. They were kicking me in my ribs, my stomach."

Waseem Awawdeh, 23, was arrested by police and charged with assault as a hate crime, gang assault, menacing, aggravated harassment as a hate crime and criminal possession of a weapon.

Cops are still looking for the other suspects.

Borgen said he went to the protests "solely with the intention of standing side-by-side with my fellow Jews or whoever supports Israel."