A JET passenger told a veteran wearing aMAGA mask that he "should've died in Afghanistan," after he couldn't cover his nose due to PTSD.

Veteran Army Ranger Patrick Achuff caught the moment on camera as the woman scorned him for not wearing his mask properly. 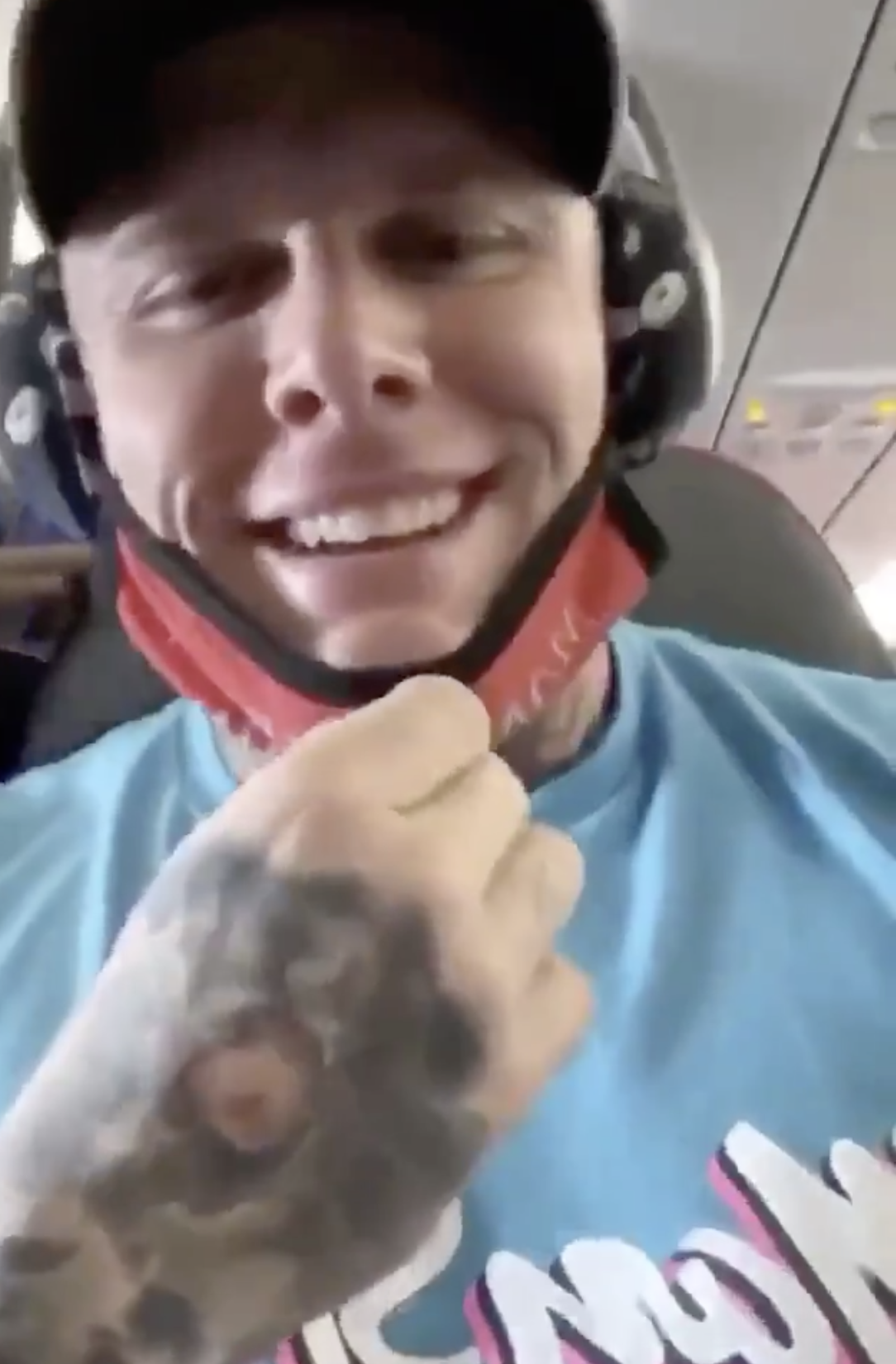 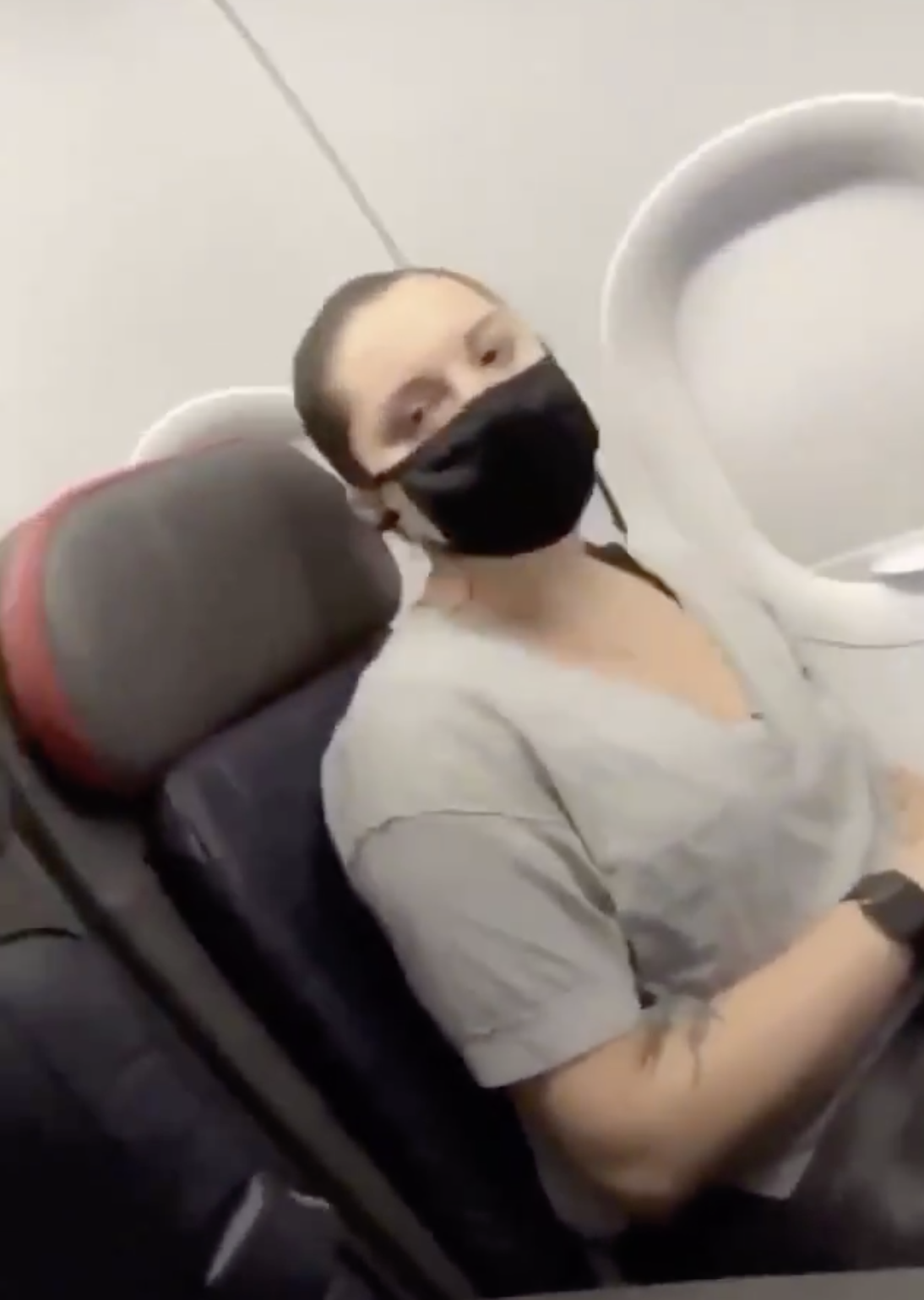 The woman can be heard at the beginning of the clip saying "you should've died over there in Afghanistan."

Achuff begins the video by fixing his Make America Great Again mask to his face, before addressing his viewers.

He said: "Oh, did you hear? Telling me I should die in Afghanistan? Hell yeah lady!

The veteran pans the video over to the woman, who is wearing a black mask sitting two seats away from him.

He then tells her: "Go ahead, say it again."

Turning the camera back on to his face, Achuff continued: "This is outrageous.

"She just told me I should have died in Afghanistan. Hell yeah.

According to reports, the woman who made the damning comment is a nurse.

After posting the video on social media, one outraged viewer said: "Great… a nurse who is supposed to be compassionate, understanding and caring.

"Instead she's offended by his PTSD and wished he died overseas.

"What the hell does she do to her patients when she's offended by them. I sure wish her bosses heard her. Thank you for your service sir."

Another tweeted: "Thank you Patrick for laying your life on the line for me and this ungrateful person and thousands of other Americans.

"You are an American hero and I’m glad you are alive today. Stay safe young man and don’t let the Kooky Karens get to you too much. They are just unhappy hens."

A third said starkly: "She's a disgrace. He's a hero." 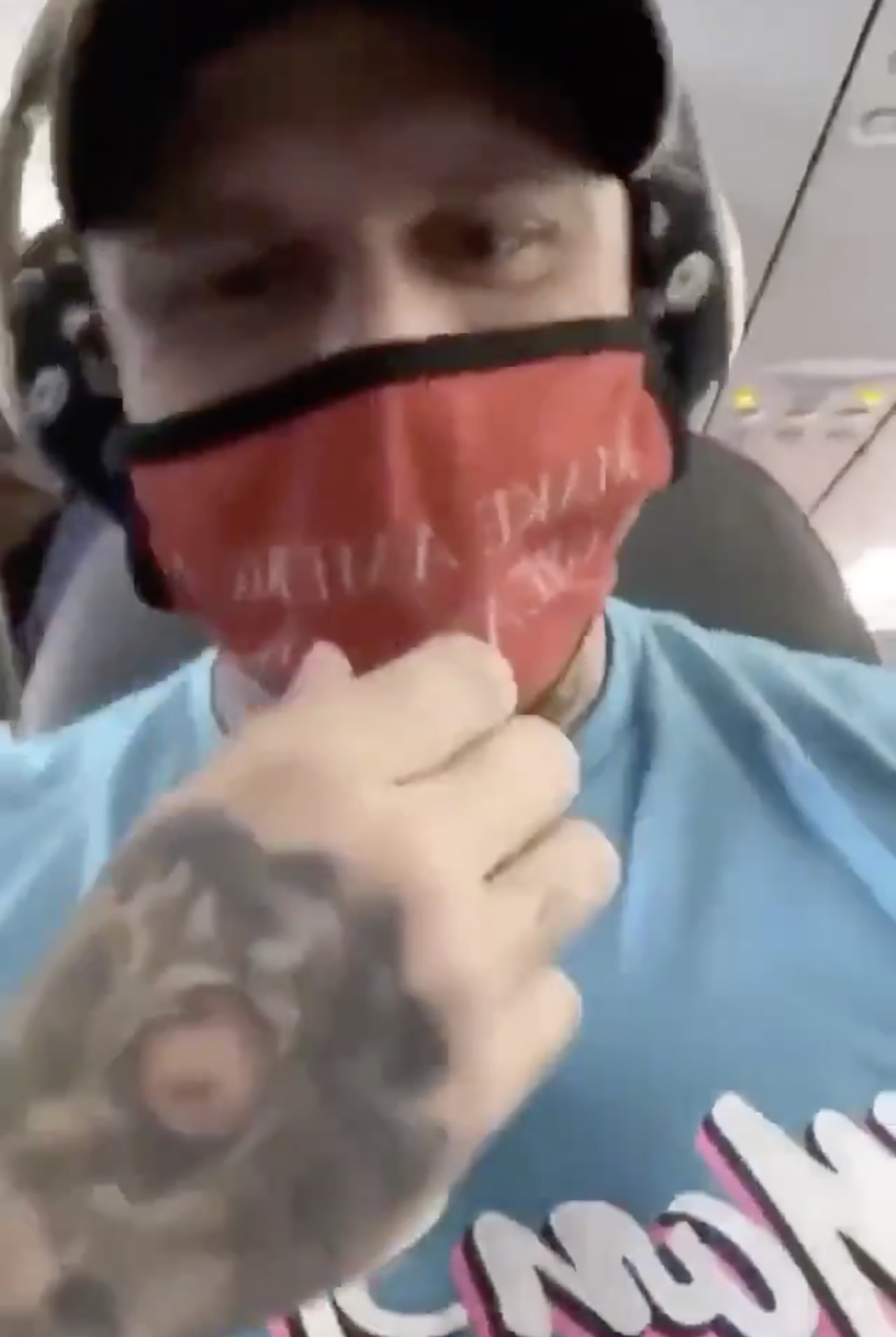 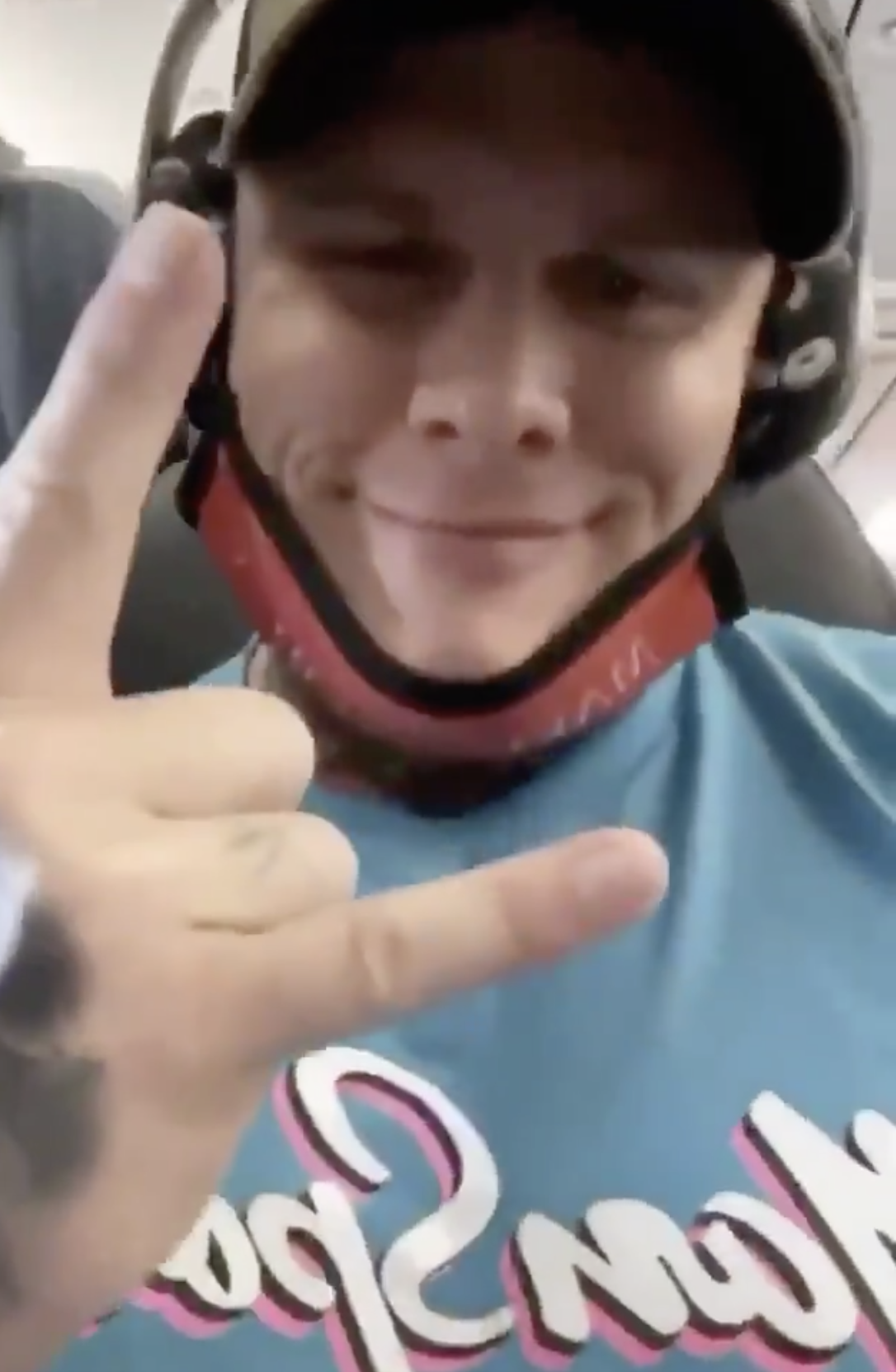 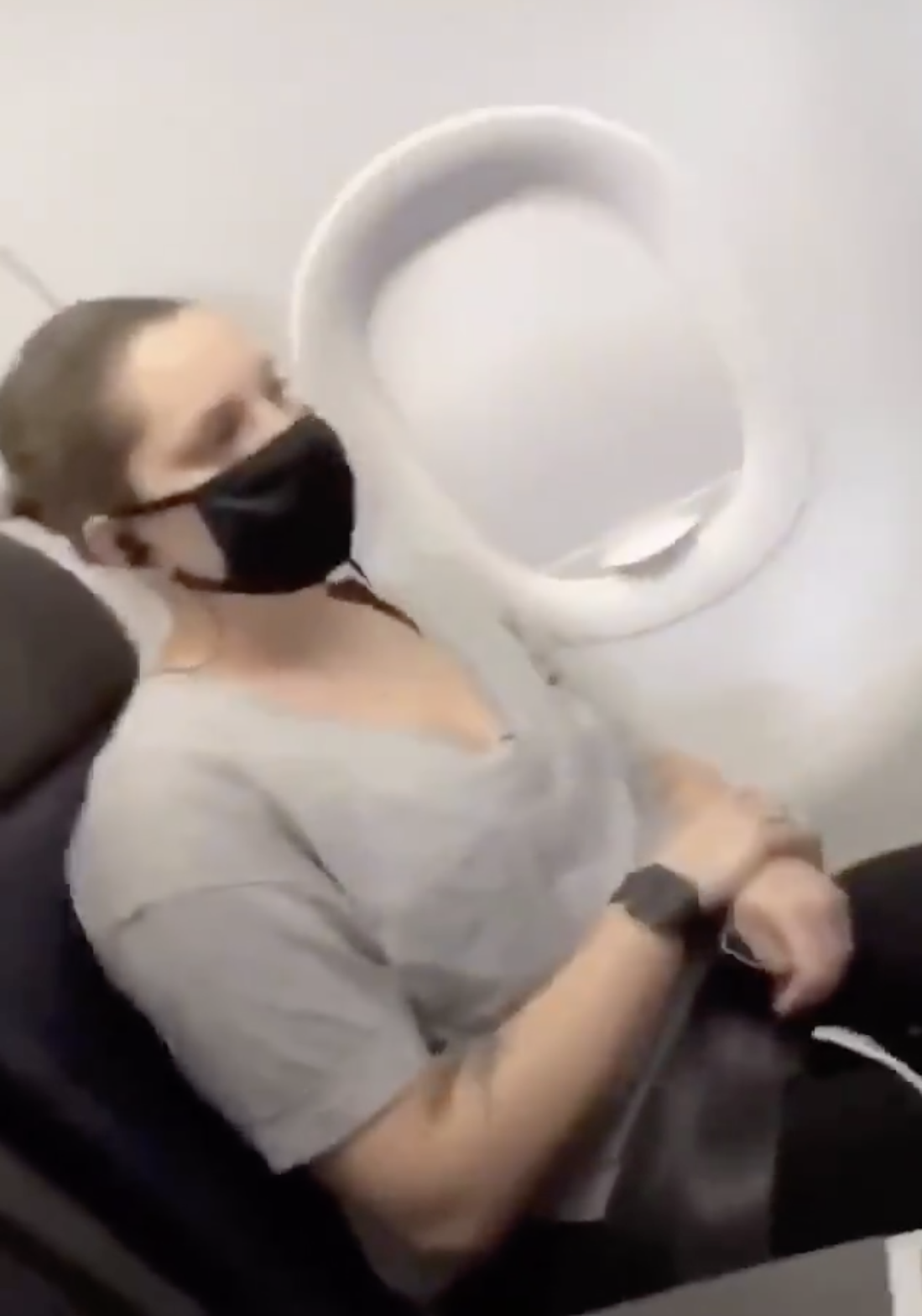 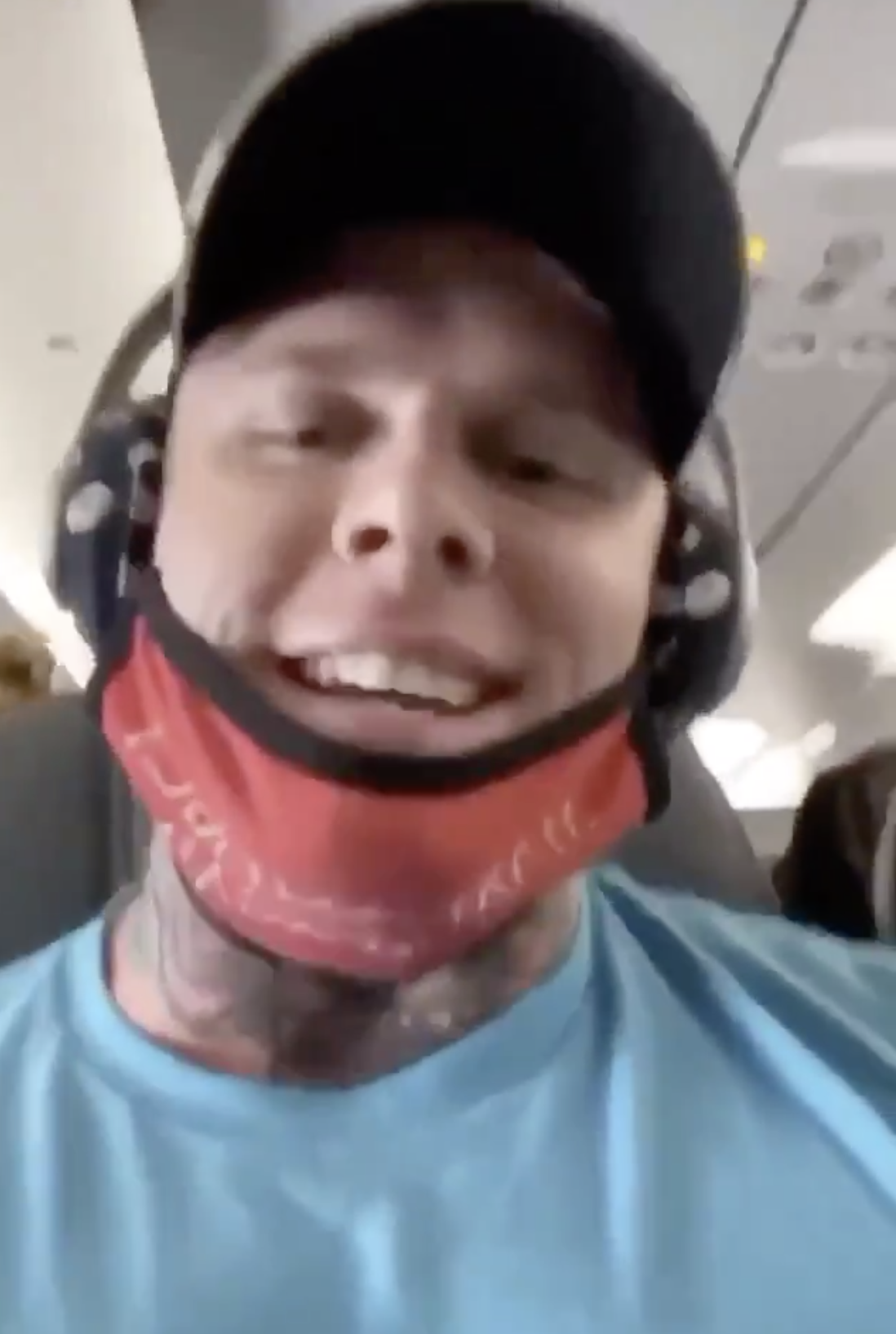