The Foreign Secretary last night spoke about the death of his baby sister in a ‘terrible accident’.

Jeremy Hunt was asked about the tragedy 50 years ago on ITV’s Peston programme. Presenter Robert Peston said: ‘This must have affected you, this is the sort of tragedy that has a profound effect on families.’

Mr Hunt replied: ‘Well I don’t talk about that normally and I wouldn’t say it is something that’s affected me emotionally because she was only a few months old when she died in a terrible accident and I was too young to ever remember it, but I do know it affected my parents.

‘I was only two years old so it’s not something I have any memories of. Maybe when I met parents who lost children in the NHS… maybe that triggered something in me.’ 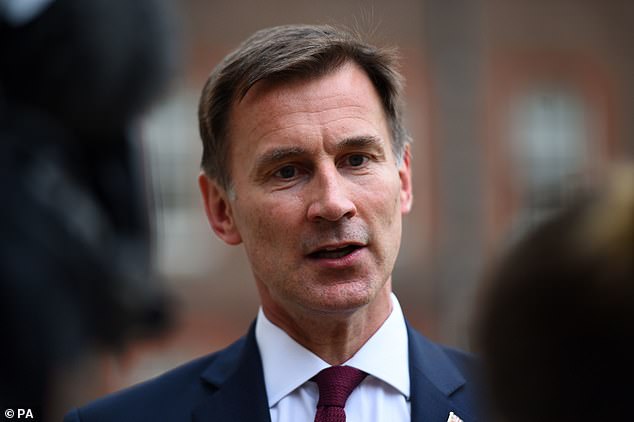