Jeremy Hunt is resisting a £300million bailout for the Chinese owners of British Steel despite a plea from fellow Cabinet ministers, it has emerged.

The Chancellor is reportedly hesitant to stump up the cash for ‘a Chinese company with deep pockets’ and might instead look at broader support for the industry.

Both Michael Gove, the Levelling Up Secretary, and Grant Shapps, the Business Secretary, have warned Mr Hunt about thousands of job losses if British Steel’s two blast furnaces are closed.

In a letter to the Chancellor, they have urged the Treasury to consider providing £300million of taxpayers’ money to prevent closures.

British Steel was bought out by Jingye Group less than three years ago, with the Chinese steel giant promising £1.2billion in investment over 10 years.

But in their letter, seen by Sky News, Mr Gove and Mr Shapps revealed British Steel has already informed the Government it could soon close one of its Scunthorpe blast furnaces.

This would be followed by the second blast furnace closing later in 2023 with ‘cumulative direct job losses of around 3,000’, the ministers warned.

According to the Financial Times, Mr Hunt is considering the case for a taxpayer-funded rescue but wants to look at broader support for the industry to help it transition to green technology, such as electric arc furnaces.

A Government official told the newspaper: ‘Hunt doesn’t want to bail out a Chinese company with deep pockets.

‘He wants to help the entire steel industry transition to green tech. That’s a key difference.’ 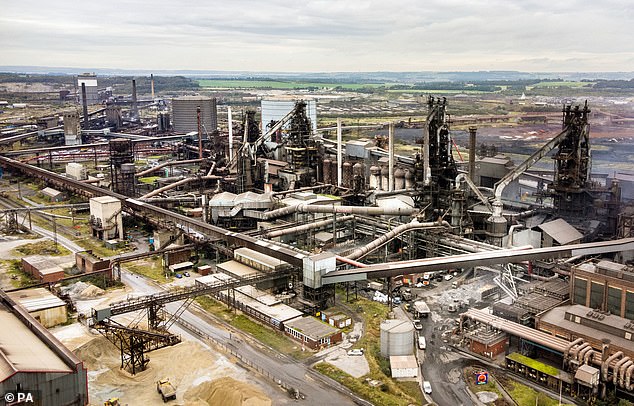 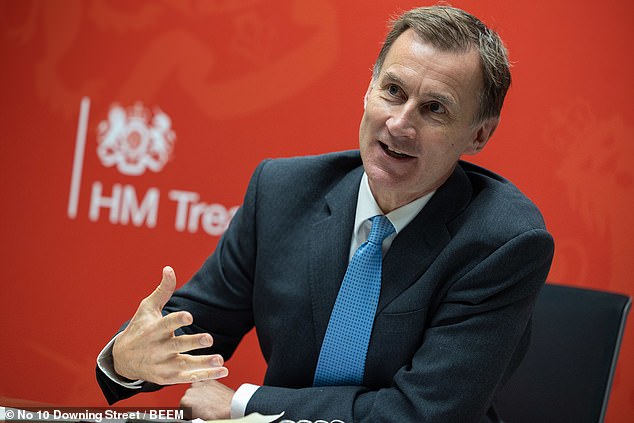 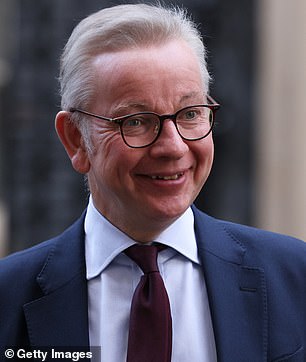 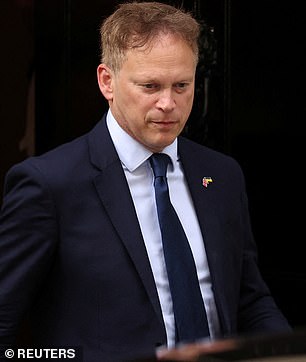 Michael Gove, the Levelling Up Secretary, and Grant Shapps, the Business Secretary, have warned Mr Hunt about thousands of job losses if British Steel’s two blast furnaces are closed

Jingye Group recorded a turnover of 224.4 billion Chinese Yuan (£27billion) in 2020 and has affiliates in 22 countries around the world.

Mr Gove and Mr Shapps have warned Mr Hunt that the closure of British Steel’s blast furnaces at Scunthorpe could leave the UK more reliant on Chinese steel imports.

‘Closing one blast furnace would be a stepping-stone to closure of the second blast furnace, resulting in a highly unstable business model dependent on Chinese steel imports,’ they wrote in their letter to the Chancellor.

‘The local economic impact of closing both blast furnaces is estimated to be in the region of £360million to £640million, with a further £500million to £1billion liability for HMG through compulsory liquidation, insolvency and land liabilities (though £40million could potentially be raised through asset recovery).

‘Given the magnitude of the liabilities due to fall on HMG in the event of blast furnace closure, and following the PM’s steer, we would like officials to test whether net government support in the region of £300million for British Steel could prevent closure, protect jobs and create a cleaner viable long-term future for steel production in the United Kingdom.’

They added: ‘We do not want to become reliant on steel sources elsewhere in the same way that energy security has become self-evidently important.’

Two other blast furnaces in Britain are run by Tata Steel, which has also requested financial help from the Government, at Port Talbot in Wales.