Extremist Muslim gangs in British prisons are forcing other inmates to convert to Islam or face violence, a Government report has warned.

The gangs, often led by fanatics who are serving sentences for terrorism, are recruiting violent prisoners to be their ‘foot soldiers’, the report reveals.

Inmates who refuse to convert to Islam and join their ranks are being ostracised or attacked. 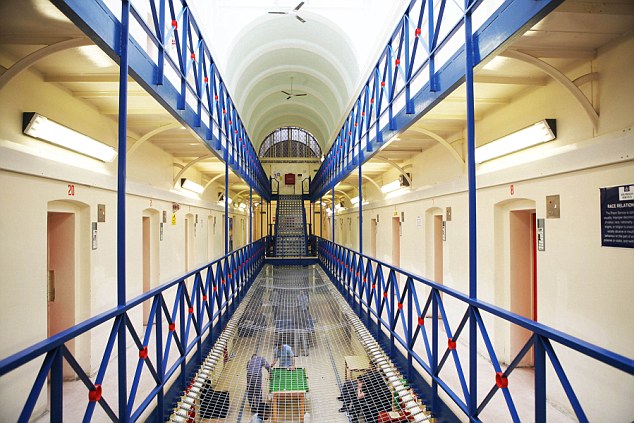 Muslim extremists are recruiting gang members in prisons, ordering them to convert to Islam

In 2017, it emerged that terrorist gang Naweed Ali, Khobaib Hussain and Mohibur Rahman, who called themselves the ‘three musketeers, had hatched a plot to bring carnage to the streets of Britain with a pipe bomb after they met in prison

The report, which examined three unnamed high security prisons in England, also describes how the gangs are instilling fear in staff.

They are particularly keen to target offenders who are already in street gangs and therefore have a ‘propensity for violence’, it adds.

Experts have previously warned that UK prisons have become a breeding ground for extremists to spread their behaviours and ideas.

The trio, who dubbed themselves the Three Musketeers, had planned to use a meat cleaver and pipe bomb on police and military targets.

This latest report was undertaken by the Ministry of Justice with researchers at the University of Birmingham to better understand the nature of these gangs.

Following interviews with 83 offenders and 73 staff members, it concluded that the gangs ruled by ‘violence, bullying and intimidation.’

One prisoner told them: ‘There is an underlying pressure for people to convert and join the gang. The tactic they use is to befriend someone when they come in. If they don’t convert they will then start spreading rumours about them, that the person is a snitch, so that they will be ostracised. Then the beatings will follow.’ 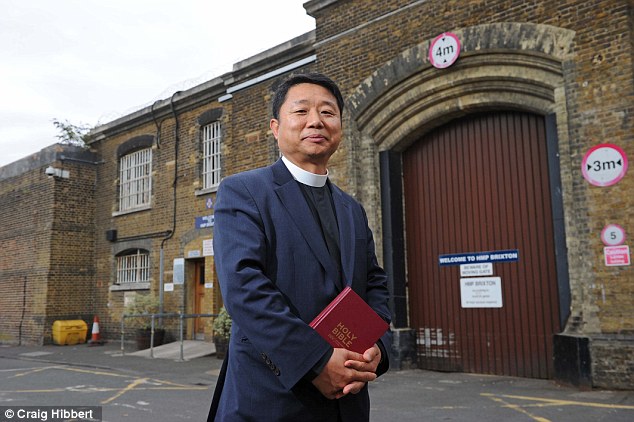 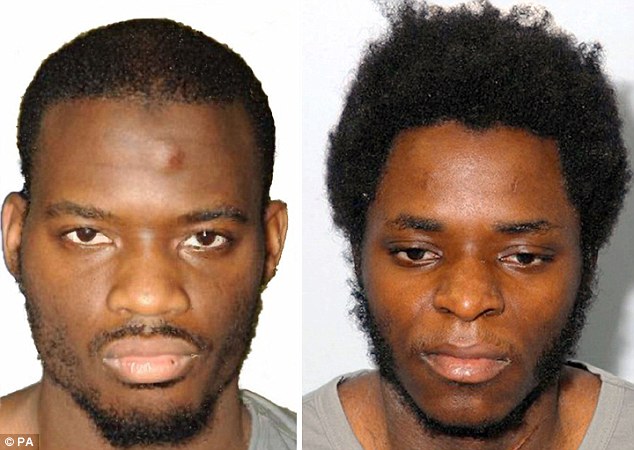 The report states: ‘Those who had committed terrorist crimes often held more senior roles in the gang, facilitated by the respect some younger prisoners gave them

‘While recruitment was relatively indiscriminate, street gang members were particularly targeted for their propensity for violence.’

The report echoes the warnings of whistleblower Pastor Paul Song, who was chaplain at Brixton prison.

He told The Mail on Sunday last year how extremist Muslim gangs came to dominate his jail: intimidating prisoners into converting to Islam and physically assaulting him over his Christian faith.

He said Islamic extremists had hijacked his Bible classes, interrupting a discussion on divine grace to loudly acclaim the killers of Lee Rigby, whose murder by jihadis on a South London street shocked the nation.

He said: ‘Some openly spoke in the chapel in support of Islamic State.’