Opposition leader Judith Collins has followed the lead of Prime Minister Jacinda Ardern and voted early in New Zealand’s election, heading to the polls in Auckland on Sunday.

Ms Collins said she voted ahead of election day, October 17, because ‘it becomes a bit of a circus’ on the day.

Unusually, Ms Collins stopped for a public prayer on the way into the polling place. 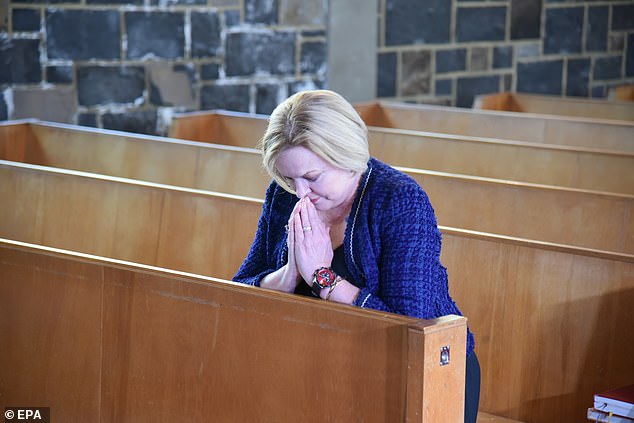 Opposition Leader Judith ‘Crusher’ Collins praying before casting her vote at St Thomas Tamaki church in Auckland on Sunday. She has denied politicising her Anglican faith 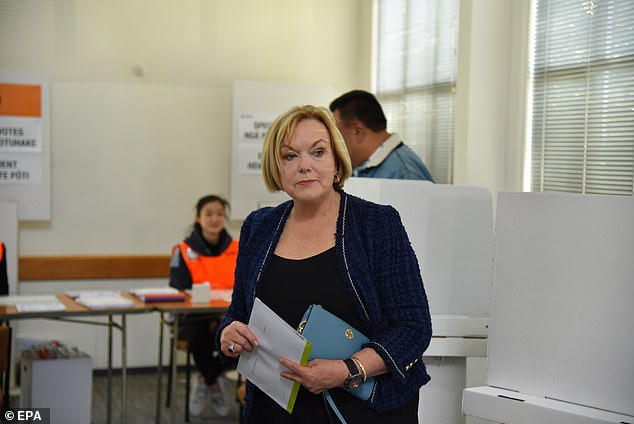 On arrival, she met priest in charge reverend Bob Driver and proceeded to pray in the hall before heading down the corridor to cast her ballots, alongside partner David Wong-Tung.

She denied politicising her faith or using her prayer as a stunt.

‘I didn’t ask people to come in. But I didn’t want to make a fuss … I wouldn’t want to stop you going to a church,’ she said, declining to reveal what or who she prayed for. 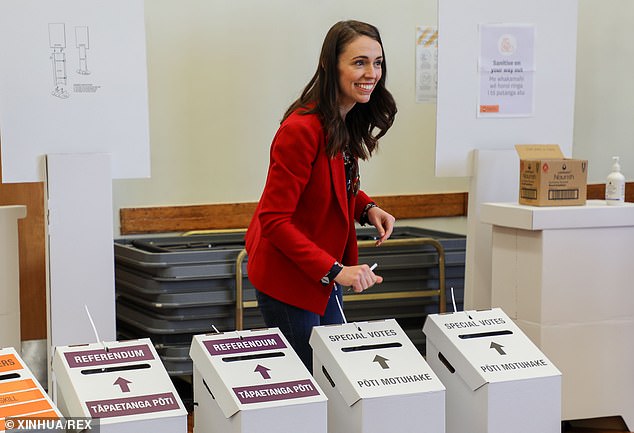 New Zealand Prime Minister Jacinda Ardern casting her vote on Saturday at a polling station in Auckland. Polls opened on Saturday ahead of the general election on October 17

The 61-year-old said she was a practising Anglican who ‘sometimes’ attends church on Sunday but who prays every day.

In last week’s leaders debate, Ms Collins self-described as ‘a Christian and a feminist’.

Prime Minister Ardern is famously agnostic, having left her Mormon faith in her 20s when she found the church’s conservative religious beliefs clashed with her personal support for gay rights.

Ms Collins was happy to reveal who she voted for, casting her electorate and party vote for National, and voting against the cannabis legalisation referendum but for the euthanasia legislation poll.

Ms Ardern’s Labour are strong favourites to be returned, but Ms Collins said she was increasingly confident of turfing the 40-year-old from office.

‘I feel very, very confident in terms of the momentum going in the right direction,’ she said.

‘I’m absolutely devoted to spending every moment that I’m awake making sure that we have a better government than we have at the moment.’