Italian princess at war with her sister over £100m inheritance from their film star mother could be fined for contempt for refusing to reveal location of the fortune, court hears

A Monte Carlo princess could be fined millions of pounds for refusing to reveal the location of her film star mother’s fortune, including a £50m painting, a court heard today.

Princess Camilla Crociani of Bourbon and the Two Sicilies appeared at the Royal Court on the Channel Island of Jersey for the latest hearing in a bitter ten-year dispute.

The family feud began when Italian film star Edoarda Crociani set up a trust fund for her two daughters Cristiana and Camilla.

But when £100m of investments and art was taken from the fund in 2010 and transferred into Edoarda’s name, Cristiana feared the cash was being given to her sister.

The socialite began legal proceedings in 2011, claiming steps were being taken to block her from inheriting the family’s estate.

But Princess Camilla has refused to disclose the location of valuables including a painting worth £49.9m – and has now been warned she faces a fine of millions. 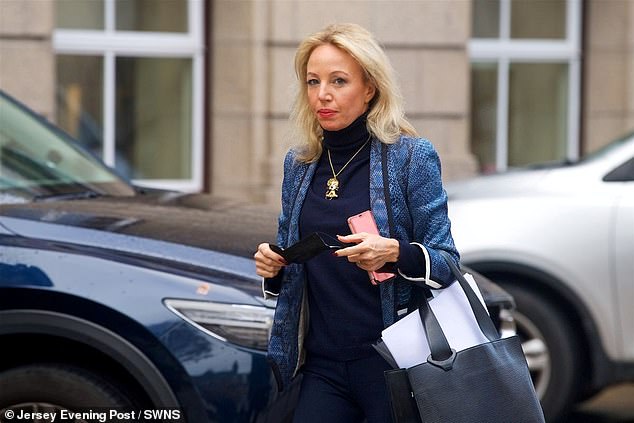 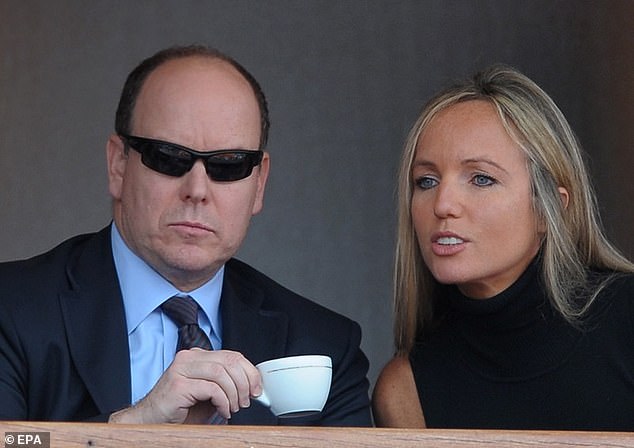 Cristiana Crociani, pictured with Prince Albert II of Monaco in 2010, launched legal proceedings in 2011, claiming steps were being taken to block her from inheriting the family’s estate 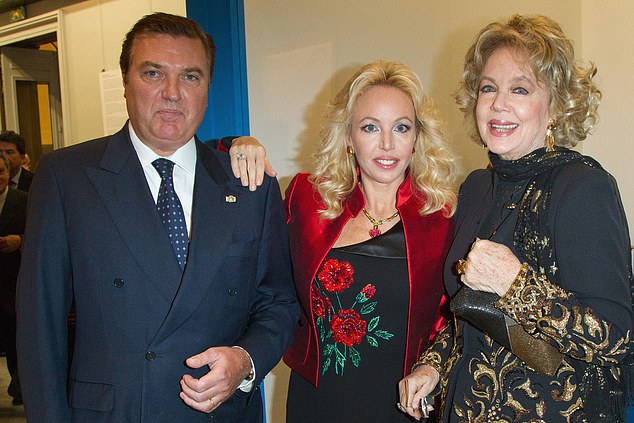 The funds had been placed in a trust called the Grand Trust by Edoarda, then later removed.

In 2017, the Royal Court ordered that the fund, which included valuable artwork, including a Gauguin painting insured for £49.9m, should be rebuilt.

Princess Camilla was ordered to disclose details of her mother’s wealth to bank BNP Jersey, but the bank and the court have not been satisfied with numerous submissions she has made using affidavits.

Advocate William Redgrave, acting on behalf of BNP, outlined that an example of assets not submitted was expensive jewellery owned by Edoarda.

He said: ‘She had not mentioned that her mother had valuable jewellery in her mother’s affidavit. There was no de minimis limit [minimum threshold] in the court order.’

Mr Redgrave outlined details of Princess Camilla’s lifestyle, highlighting photos taken with President Donald Trump at his Florida home and her appearance on the TV documentary ‘Inside Monaco: Playground of the Rich’.

It has previously been claimed that Edoarda trapped her daughters in a ‘golden hell’, and was obsessed with them marrying into royalty.

Cristiana said that her mother pressured her into marrying Italian Prince Bante Boncompagni Ludovisi – a relationship that lasted only four months.

She also claims her mother refused to allow her to marry French entrepreneur Nicolas Delrieu.

The following year, Princess Camilla married Prince Carlo – head of the Italian House of Bourbon-Two Sicilies – in a ceremony dubbed the ‘blue-blood wedding of the decade’.

Prince Carlo holds a claim to the now defunct throne of the former House of Bourbon-Two Sicilies, a cadet branch of the Spanish royal family, which descends from the Capetian Dynasty and ruled over Southern Italy and Sicily during the 18th and 19th centuries. 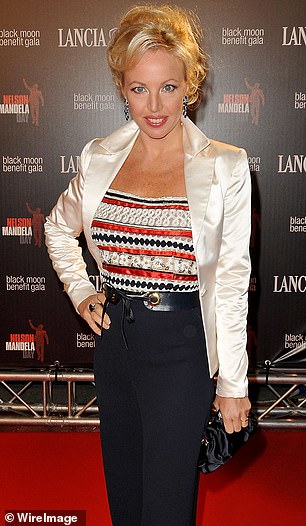 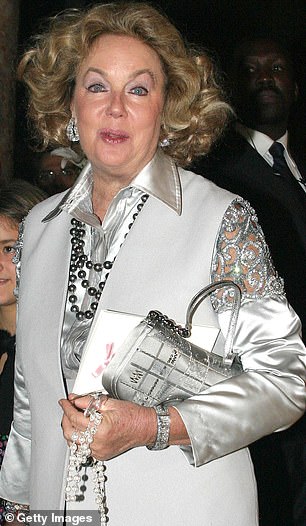 Advocate Olaf Blakeley, acting on behalf of the princess, maintained that she did not know the location of many of her mother’s assets and had submitted items ‘highlighted’ as a priority.

He said: ‘It would be quite wrong to say she failed to purge her contempt of court if she did not provide documents that are not in her power or possession.

Commissioner Julian Clyde-Smith was sceptical that the princess was revealing everything she knew.

He said: ‘We have had not received any information about the Croci Group [the family business] or on Mdme [Edoarda] Crociani’s non-voting shares in the group.

‘The court believed [at the last hearing] that she knows where the Gauguin is. The way to purge the contempt is to tell us. And she has not done that.’ 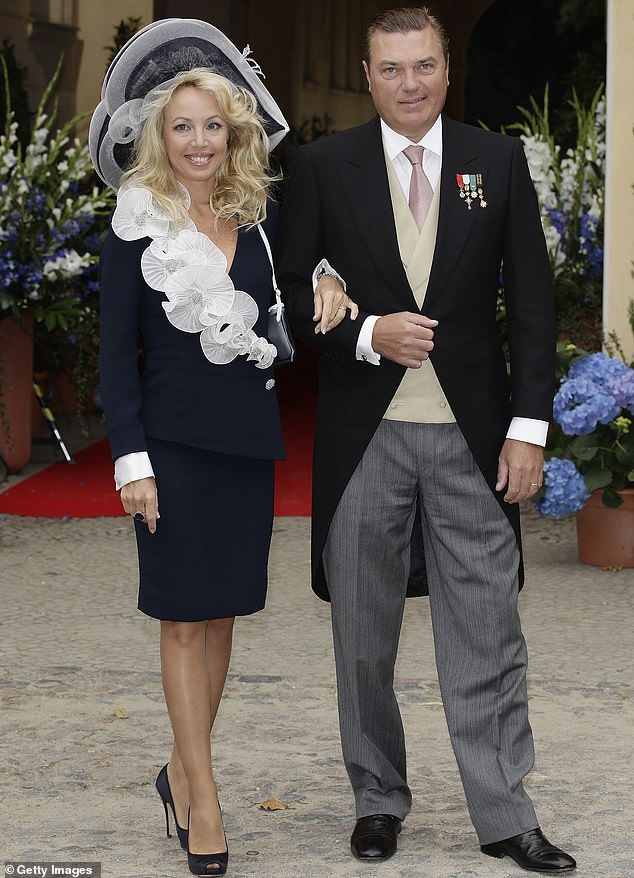 Prince Carlo and Princess Camilla Crociani at the wedding of Georg Friedrich Ferdinand, Prince of Prussia, to Princess Sophie of Prussia in 2011

The Royal Court has also heard how Cristiana said her mother had a fear of being alone, and controlled her family through money.

She acknowledged that they led an extremely glamorous and luxurious lifestyle, but described it as ‘a golden hell’ because she had no independence or private life.

She claimed she was told not to turn up for family events, but her mother said she ‘disappeared’.

If found guilty of contempt of court, Princess Camilla could be fined millions. The Royal Court will deliver its written judgement in due course.

Who are the ancient royal family of Bourbon-Two Sicilies? 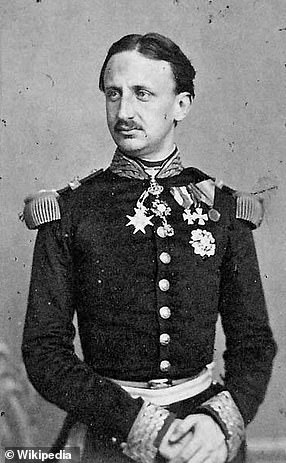 The last King of Two Sicilies was Francis II, who was overthrown in 1860 and spent the remainder of his life in exile

The Royal House of Bourbon Two Sicilies – or Bourbon des Deux Siciles – is an ancient branch of the Spanish royal family which ruled parts of southern Italy for more than 100 years from 1734 to 1861. Its descendants still carry the name today, some 150 years later.

In 1759 King Philip’s younger grandson was appanaged with the kingdoms of Naples and Sicily, becoming Ferdinand IV and III (1751–1825), respectively, of those realms. His descendants occupied the joint throne (renamed ‘Kingdom of the Two Sicilies’ in 1816) until 1860.

The family, then led by Francis II, was overthrown in 1860 by Italian general Giuseppe Garibaldi, who proclaimed a dictatorship on behalf of Victor Emmanuel II, the the King of Piedmont-Sardinia and later King of Italy. The Kingdom of the Two Sicilies and the Kingdom of Sardinia were merged into the newly formed Kingdom of Italy.

The deposed Francis II and his wife spent time in Rome as guests of the Pope where they ran a government in exile. They left the city before it was occupied by the Italians in 1870.

They led a wandering life from then on, living in Austria, France, and Bavaria. 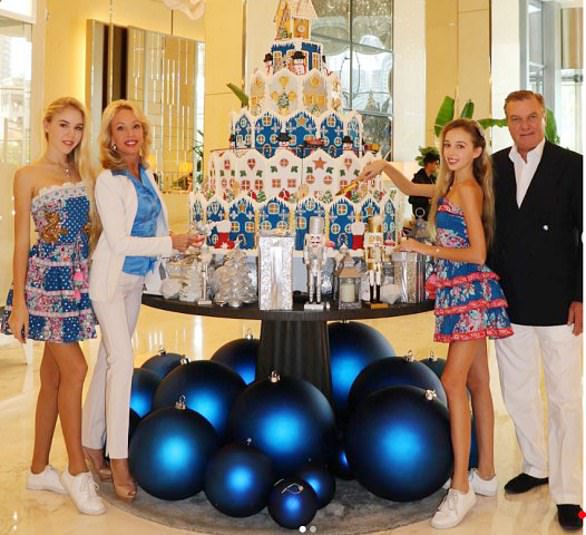 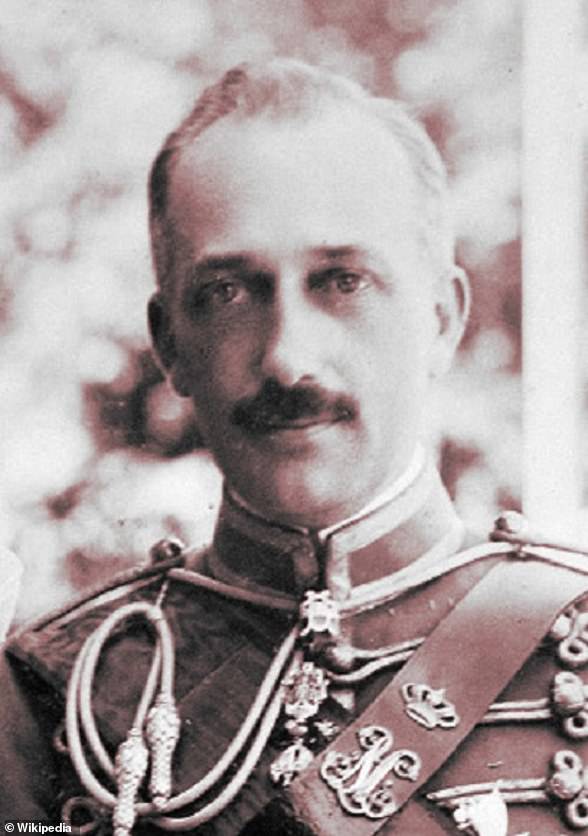 The succession has been disputed since Ferdinand’s death in 1960 because he had six daughters and no sons to carry the family line. Both his nephew Infante Alfonso, Duke of Calabria, and brother Prince Ranieri, pictured, Duke of Castro, laid claim to the throne. This feud continues between their descendants today

The succession has been disputed since Ferdinand’s death in 1960 because he had six daughters and no sons to carry the family line.

Both his nephew Infante Alfonso, Duke of Calabria, and brother Prince Ranieri, Duke of Castro, laid claim to the throne. This feud continues between their descendants today. 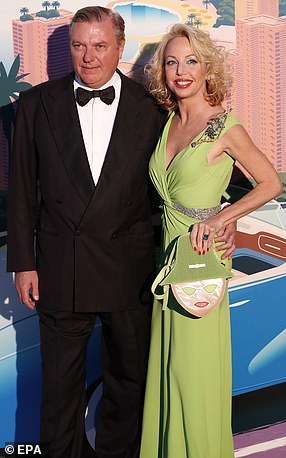 Prince Carlo, Duke of Castro, grandson of Prince Ranieri, and his wife Camilla

Prince Carlo, who only has two daughters, has overturned centuries of male primogeniture and has stated his title will pass to his eldest daughter, Carolina.

As Head of the House of Bourbon-Two Sicilies, Carlo holds many honours, including Sovereign Knight Grand Cross with Collar of the Order of Saint Januarius, of the Two Sicilian Sacred Military Constantinian Order of Saint George and Order of Saint Ferdinand and Merit.

Today Carlo and Camilla are ‘very active in promoting the cultural, artistic, historical, and spiritual identity of southern Italy,’ according to their official website. They split their time between homes in Monte Carlo and Paris.

Camilla is also active in charity work and gives her time to the Red Cross and UNICEF, as well as the Association Monaco Against Autism, Amitié sans Frontières et la Princess Grace of Monaco Foundation.

She campaigns against animal cruelty and is in charge of her own non-profit organisation, the Camilla of Bourbon Charitable Foundation, which works with the government in Mauritius to preserve its wildlife and promote sustainable development. 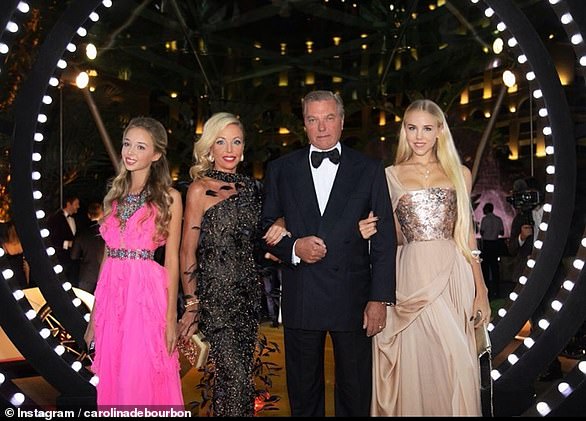 The family posing for pictures at the Influencer Awards in Monaco in 2019, with Chiara in a pink gown, Camilla in a grey number and Carolina in a rose gold dress