The Israeli ambassador to the U.K. was rushed out of the London School of Economics Tuesday night after a protest formed outside condemning her appearance at a debate forum, according to a report.

The Times of Israel posted a video that showed Ambassador Tzipi Hotovely while she was rushed into a black car amid shouts from the crowd. One asked her if she was ashamed. She was guarded by men in dark suits. At least one protester was blocked by a security guard while the ambassador left.

The protesters chanted, “Shame on you,” as her car sped off.

“I am so sorry Ambassador Hotovely,” he posted.

The school and the Israeli Embassy did not immediately respond to emails from Fox News. Videos from the scene showed protesters waving Palestinian flags while chanting “Israel is a terror state.” 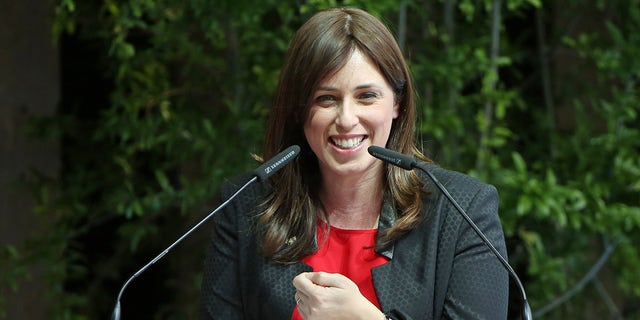 Similar scenes have played out in the U.S. where conservative speakers have been shouted off campuses. Critics say these protests have no place on campuses. The protesters were praised by some supporters online upset with Israel over the recent announcement of new settlements.

Hotovely had been invited by the school’s student union to take part in a debate, the Times of Israel reported. Her invitation reportedly sparked controversy and pro-Palestinian groups at the school who accused the student union of giving a platform to “racism.”

The protesters said the ambassador, who is in former Prime Minister Benjamin Netanyahu’s Likud party, has been a staunch supporter of “settler colonialism” and accused her of using “Islamophobic rhetoric” in the past, the paper said. She once served as the country’s settlement affairs minister.

Israel last month announced construction tenders for 1,355 housing units in the West Bank, the first move of its kind since President Joe Biden assumed office pledging to take a harder line on the settlements.

Israel approved about 3,000 new settler homes in the occupied West Bank last month, a day after the Biden administration issued its strongest rebuke yet of such construction, the Associated Press reported.