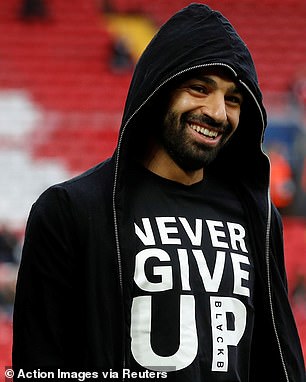 Mo Salah, 26, is believed to have reduced hate crime in Merseyside

Egyptian striker Mo Salah, 26, has caused Islamophobia in Liverpool since being signed to play on Merseyside, say researchers.

Research conducted by Stanford University Immigration Policy Lab saw a significant fall in the number of hate crimes in Merseyside since Mohammed Salah joined Liverpool in 2017.

Over the last two years there were 18.9 per cent fewer hate crimes than predicted in Merseyside, leading researchers to attribute the fall in hate to Salah’s rise as a prominent player in the English Premier League.

The number of anti-Muslim tweets was also seen to have reduced by 53 per cent among Liverpool fans after researchers analysed approximately 15 million tweets from UK football fans before and after Salah joined Liverpool F.C.

The report said: ‘The survey experiment suggests that these results may be driven by increased familiarity with Islam.

‘These findings suggest that positive exposure to outgroup celebrities can reveal new and humanising information about the group at large, reducing prejudiced attitudes and behaviours.’

He has been taken to their hearts and scored a key penalty to help his adopted club lift the Champions League trophy on Saturday.

Salah openly practises his religion both on and off the pitch and prostrates himself in Muslim prayer (sujood) every time he scores.

Salah can also regularly be seen pointing his index finger to the sky while reciting the shahada (Muslim profession of faith). 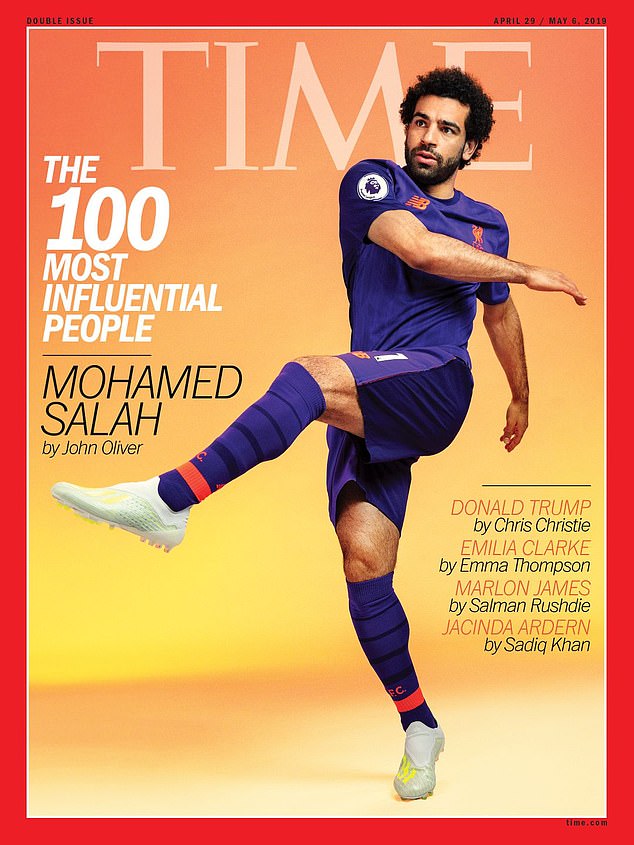 TIME Magazine’s 100 most influential people describes Mo Salah as: ‘a better human being than he is a football player. And he’s one of the best football players in the world’

It was also found that Salah’s openness on social media and in media interviews about his family life and religion had challenged stereotypes and contributed to the change in attitudes.

Salah posts photos of himself breaking fast during the holy month of Ramadan with an explanatory caption.

Die-hard fans may also know that Salah’s daughter, Makka, is named after Islam’s most sacred site, the holy city of Mecca.

The report said: ‘Salah’s portrayal as an agreeable friend, father, and teammate is counter-stereotypical, and as such may dampen the perception that Muslims are threatening while making Muslims seem less socially distant from white Brits.’

His veiled wife can often be seen cheering him on from the sidelines at Anfield stadium along side the other footballer’s wives.

In order to collect data on Liverpool F.C. fans in the U.K. the researchers took out a Facebook advert directed at people who liked the Liverpool F.C page.