Dublin turned up the temperature in the Brexit negotiations today warning that failure to do a trade deal would be ‘ruinous’ for the UK and anger Joe Biden.

Irish PM Micheal Martin pointed out that the clock is ticking down to reach an agreement, with the EU having suggested that November 19 is the absolute final deadline.

He cautioned that no deal would be ‘very, very damaging all around’, but far worse for Britain, urging Boris Johnson to ‘knuckle down’ and compromise.

Mr Martin also prayed in aid Mr Biden, saying the incoming US president was ‘committed to the Good Friday Agreement’ and would ‘favour obviously a deal’.

Talks betwen Michel Barnier and the UK’s Lord Frost remain deadlocked on a number of key issues and figures on both sides believe the negotiations are likely to go down to the wire.

The EU is likely to need approximately six weeks to ratify and implement any deal and with the end of the ‘standstill’ transition period in December ticking closer, the discussions are now entering a decisive phase.

Diplomats said if there isn’t a deal in place by Thursday next week then ‘time is up’ and Britain and Brussels will split at the end of the year without a trade accord. 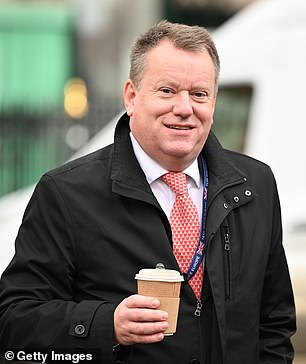 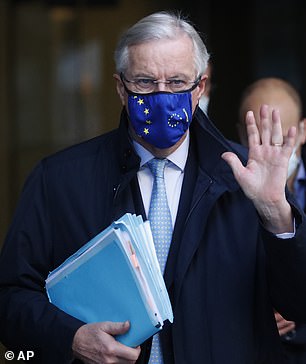 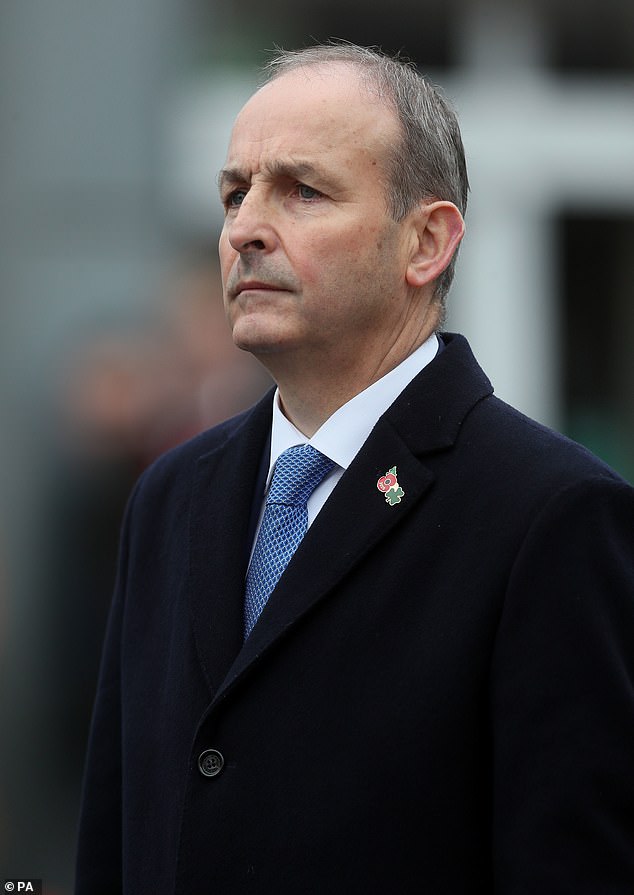 Irish PM Micheal Martin pointed out that the clock is ticking down to reach an agreement, with the EU having suggested that November 19 is the absolute final deadline

Without a deal being struck, trade between the UK and EU will be subject to tariffs set out by the World Trade Organisation.

Speaking to the BBC, the Irish premier said failing to secure a deal would be ‘ruinous’ for the UK, and that Ireland would also suffer.

He told the broadcaster: ‘We’ve all had a very significant shock to our economic system because of Covid-19 – the last thing we need now across all of our respective economies is a second major shock.’

Mr Martin also said the UK needed to be ‘very careful that they do not do anything that could destabilise the politics of Northern Ireland’, and that no deal past the transition period could lead to ‘tensions that are unnecessary’.

‘Particularly in relation to Brexit, he would favour obviously a deal between the European Union and Britain.’

‘And I think that’s where, if I could respectfully say it, that’s where the British government should head, in that direction, in my view. It should knuckle down and… get a deal with the European Union.’

Fianna Fail leader Mr Martin told the Dail this week any deal would need to ‘lead to a neutralisation of the offending clauses of the Internal Markets Bill’ and lead to ‘strict adherence to the protocol and the Withdrawal Agreement’.

The heads of the EU’s 27 member states are due to convene for a video conference on the bloc’s coronavirus response on November 19.

But that summit is now viewed by many in Brussels as a crunch point in the trade talks. 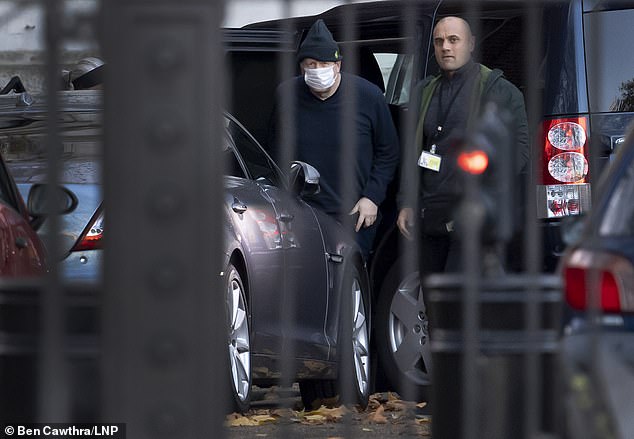 cautioned that no deal would be ‘very, very damaging all around’, but far worse for Britain, urging Boris Johnson (pictured) to ‘knuckle down’ and compromise