Iran is set to break its uranium stockpile limit set by the nuclear deal within 10 days, according to a spokesman for the country’s atomic agency.

The comment was broadcast live during a news conference on Iranian state television on Monday. 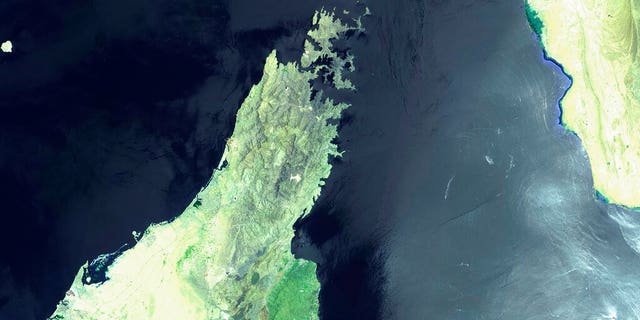 FILE: A false-color image showing the Norwegian-owned MT Front Altair, bottom right, ablaze with smoke rising from it in the Gulf of Oman after what the U.S. described as a limpet mine attack by Iran.
(European Commission via AP)

The spokesman, Behrouz Kamalvandi, spoke to journalists at Iran’s Arak heavy water facility. He acknowledged that Iran has already quadrupled its production of low-enriched uranium.

POMPEO BLAMES IRAN FOR TANKER ATTACKS, SAYS US DOES NOT WANT WAR BUT WILL TAKE ACTION IF NEEDED

His comments come less than a week after suspected attacks on two oil tankers in the Strait of Hormuz, a key route for oil shipments in the region. Washington has blamed the attacks on Iran.

Hostilities between the two countries are at an all-time high after President Trump withdrew the U.S. from the nuclear deal.