BEIRUT (Reuters) – A Lebanese businessman detained in Tehran since 2015 on charges of collaborating against Iran arrived in Beirut on Tuesday, after his government secured his release. 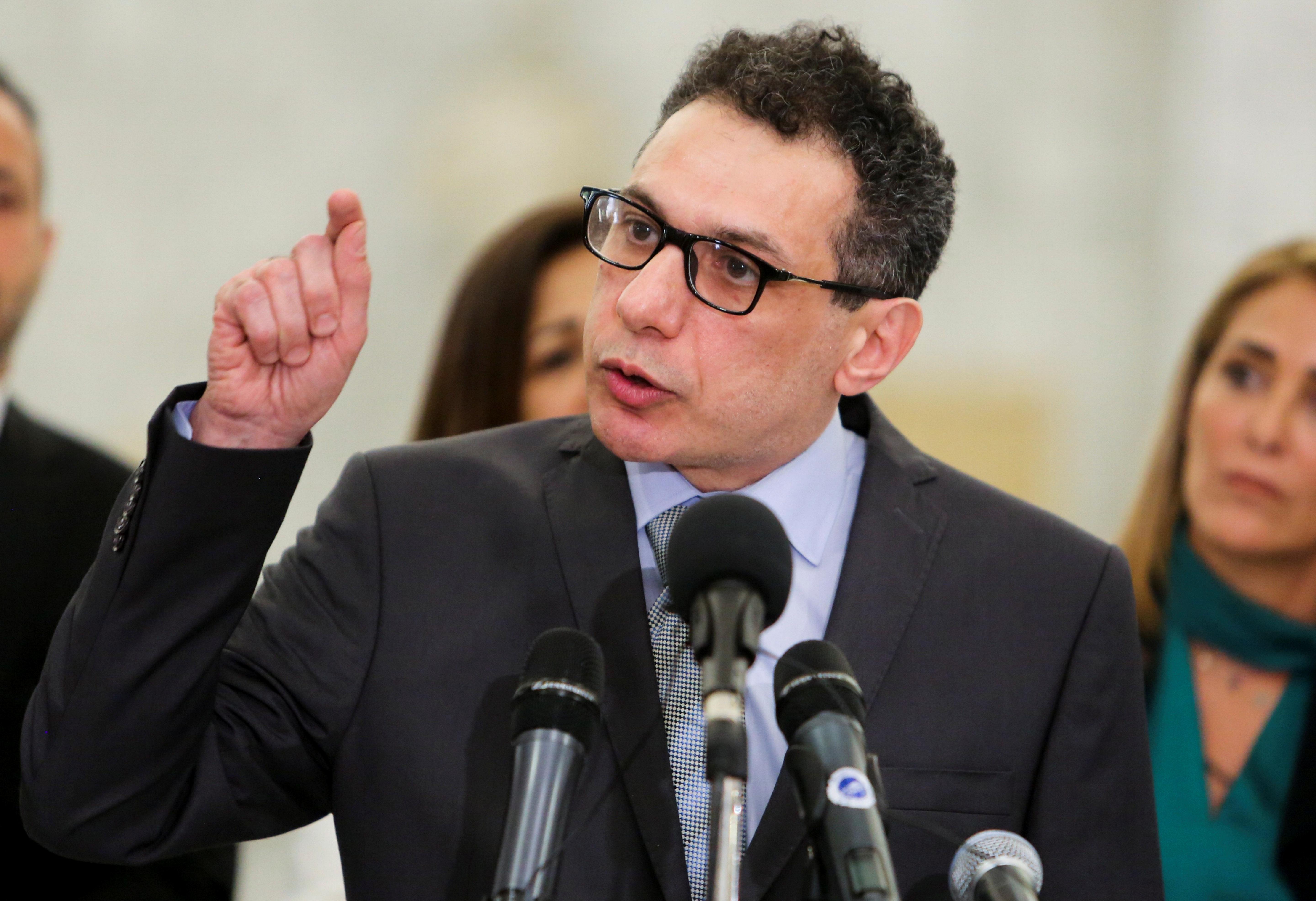 Nizar Zakka, an information technology specialist who holds U.S. residency, was sentenced to 10 years in jail and fined $4.2 million in 2016. He denied the charges, while Iranian media have described him as a U.S. spy.

Lebanon’s President Michel Aoun had lobbied for Iran to grant him an amnesty, and officials in Tehran said his release was partly due to the country’s close ties with Lebanon’s Hezbollah movement.

Zakka met with Aoun after landing in Beirut in the afternoon with security chief Abbas Ibrahim.

Visibly shaken, he thanked Lebanese officials and his family profusely. He said he did not want to “go into details about false accusations and mock trials.”

Ibrahim said that, while Hezbollah had played a role in the release, “the base was the request from (President) Aoun”.

Zakka vanished in Iran in 2015 after attending a conference there. Iranian media said the elite Revolutionary Guards had detained him for alleged ties to U.S. security services.

The U.S. State Department had also called for Zakka to be freed, saying he was unjustly held. There was no immediate comment from U.S. authorities on his release.

A year after the 2015 nuclear deal between Iran and major powers ushered in a wary thaw between Washington and Tehran, five U.S. citizens were freed in a prisoner exchange. But U.S.-Iranian tensions have risen since Washington pulled out of the nuclear pact in 2018.

In April, Iran’s Foreign Minister Mohammad Javad Zarif told Reuters he was proposing “serious dialogue” with Washington on a possible prisoner swap without saying if it would include Zakka.

A spokesman for Iran’s judiciary said Zakka’s release was “a totally judicial process without any political stances or (prisoner) exchange being considered.”

Iran says several its nationals are being held unjustly in the West, including at least 56 in the United States, and has asked for their immediate release.

Ibrahim told Reuters on Monday he was also working on securing the release of four Lebanese citizens detained in the UAE and Qatar, as well as the case of businessman Kassim Tajideen, who is in a U.S prison.

The U.S. Treasury has sanctioned Tajideen and accuses him of funding heavily armed Shi’ite Hezbollah, which Iran’s Revolutionary Guards founded in 1982.

(This story has been refiled to change dateline to Beirut, no other changes)