Foreign Minister Zarif baulks at EU statement suggesting it has kept up its part of the bargain over the nuclear deal. 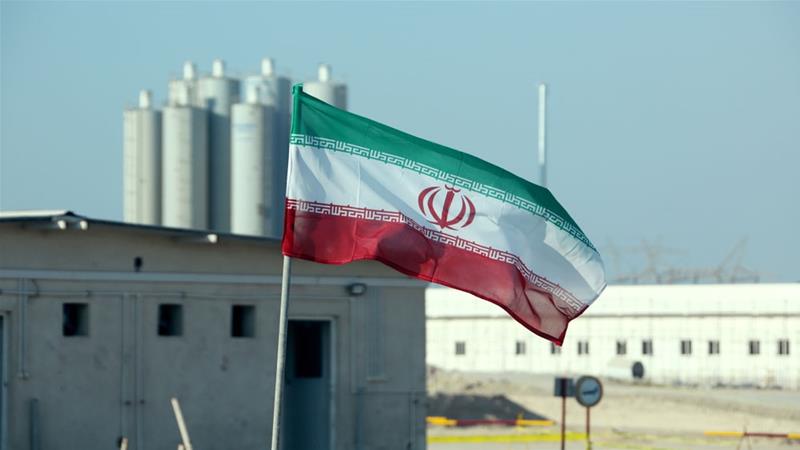 Iran accused European nations trying to salvage the moribund 2015 nuclear deal of hypocrisy for criticising and threatening to reimpose sanctions after Tehran took a major step away from the historic agreement.

Iran’s president and foreign minister on Tuesday said the UK, France, Germany, and the European Union have failed to uphold their end of the bargain to protect Tehran from “maximum pressure” sanctions imposed by the United States in the wake of Washington’s withdrawal from the deal in 2018.

On Tuesday, President Hassan Rouhani said Iran only began scaling back its nuclear commitments a year after the US withdrawal to give the other parties time to uphold their pledges under the Joint Comprehensive Plan of Action (JCPOA).

“We waited for a year,” Rouhani told a televised news conference. “Nobody in the world can blame us by saying ‘why are you abandoning your commitments under the JCPOA?’

“This is a problem that the enemy has created for us,” he said, referring to Iran’s rival the US.

Iranian officials did not directly address a new report on Monday from the International Atomic Energy Agency (IAEA), the United Nation’s nuclear watchdog, that said its inspectors detected uranium particles of man-made origin at an undeclared site in Iran.

Instead, they responded to the condemnation and threats to reimpose sanctions from the European countries over Tehran’s announcement last week that it started enriching uranium at its Fordow site – a facility built into the side of a mountain to protect it from any aerial bombardment. Tehran had concealed the site from UN inspectors until 2009.

Fordow is rapidly accelerating enrichment with a variety of advanced centrifuges also banned by the deal, IAEA said.

The European countries called the steps “inconsistent” with the accord, adding they’ve followed through with their pledges.

“The E3/EU have fully upheld their JCPOA commitments, including sanctions-lifting as foreseen under the JCPOA,” they said in a statement.

That prompted Iranian Foreign Minister Javad Zarif to respond on Twitter: “‘Fully upheld commitments under JCPOA’ YOU? Really?” he tweeted.