AS the world’s top female pop star, Rihanna was never short of a few quid.

But after a lengthy hiatus from music, the Bajan beauty was this week confirmed as a dollar ­billionaire for the first time — despite going five years without releasing an album. 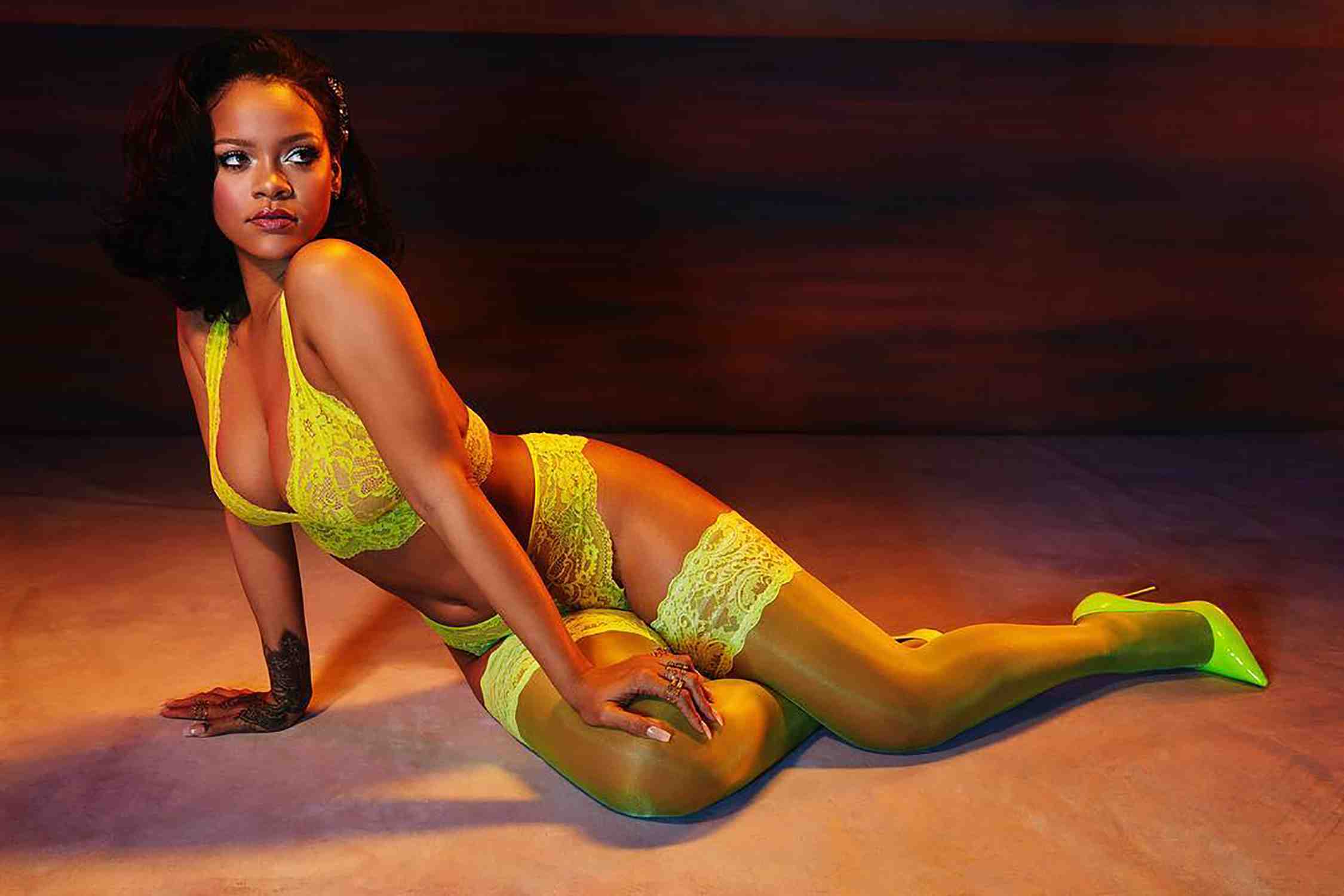 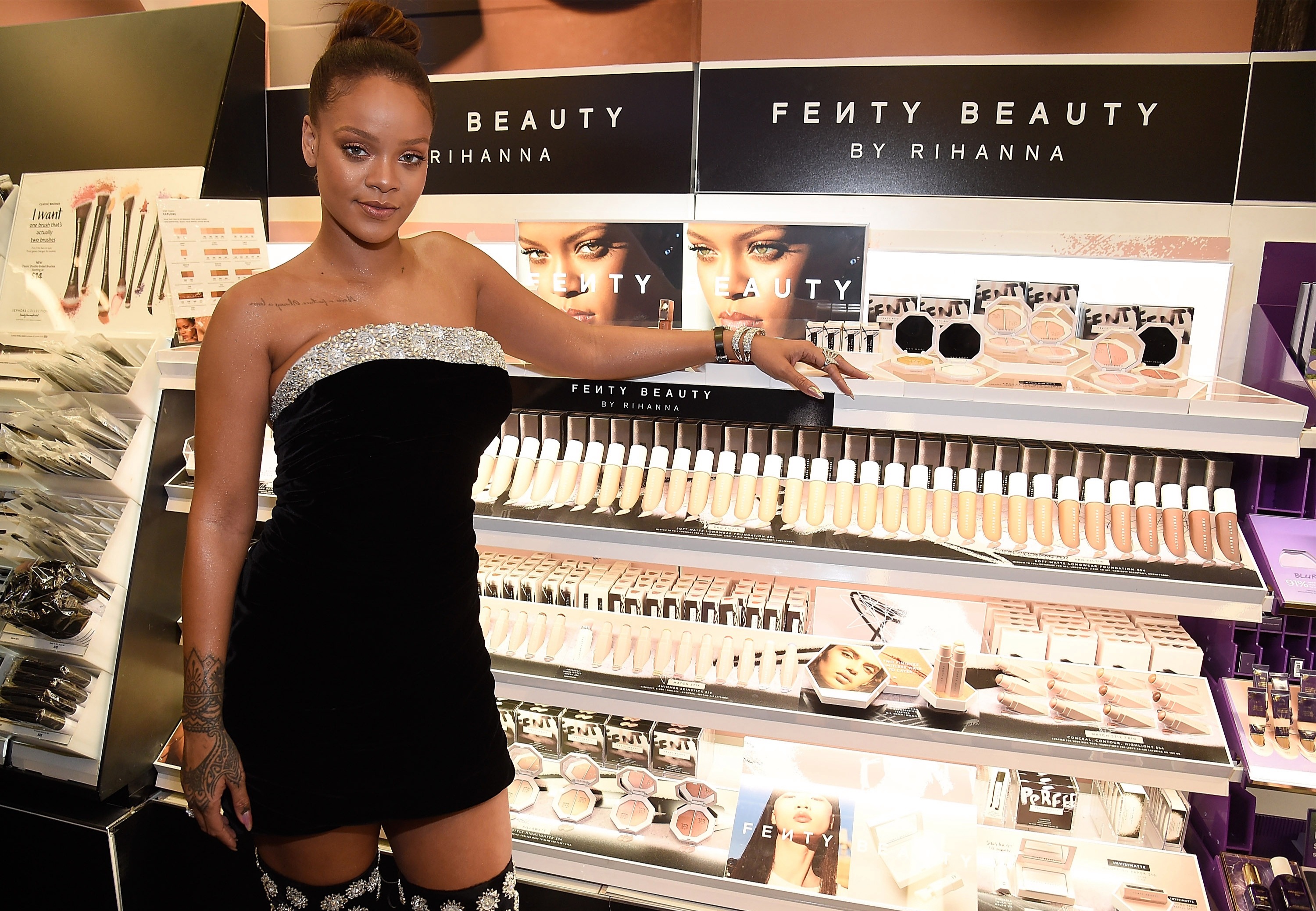 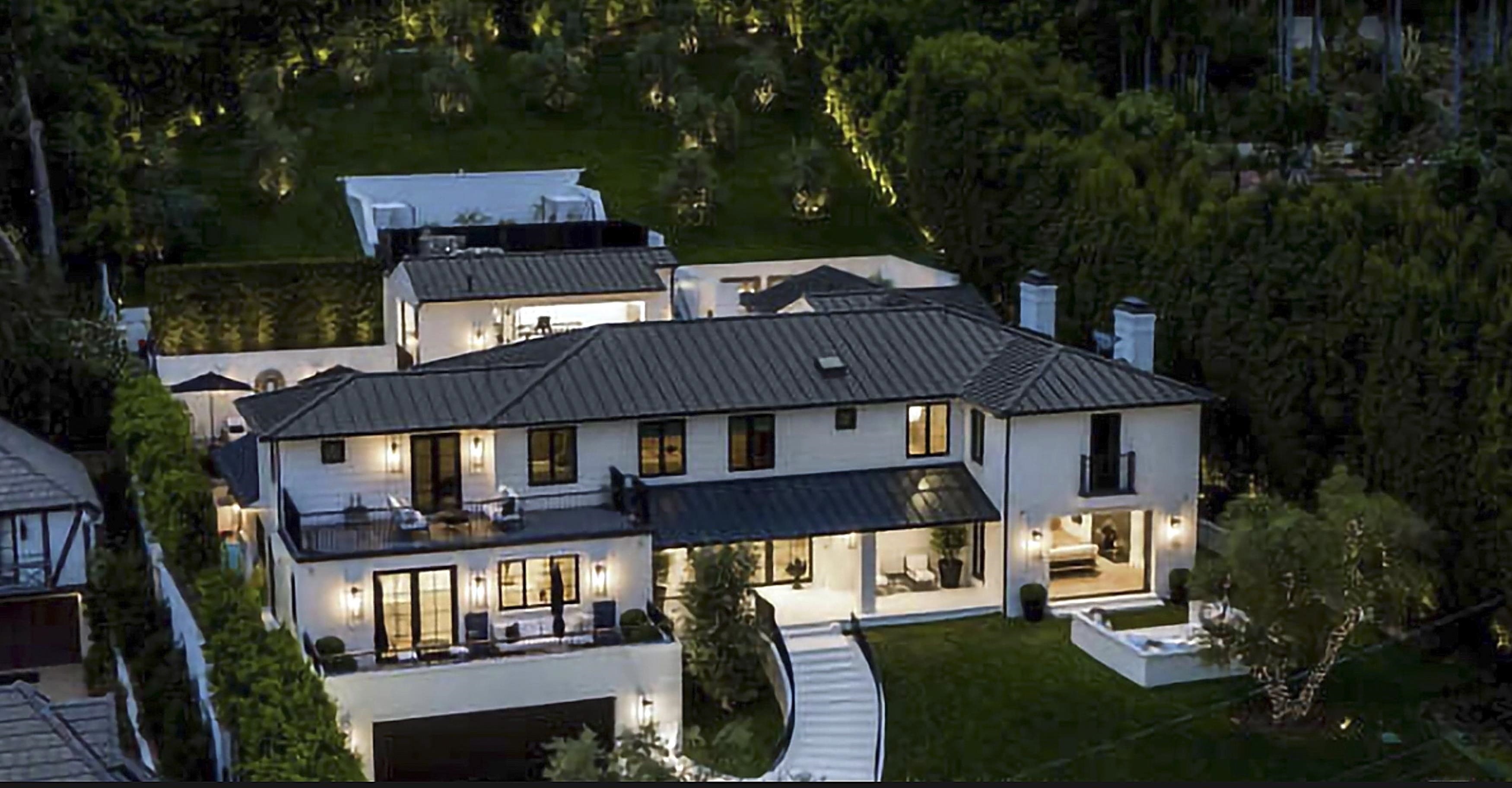 And while many fans have vocally complained that her attention appears to be devoted to her other ventures, it’s immediately clear why the £1.2billion superstar has spread her wings beyond the charts.

The total makes her second only to Oprah Winfrey as the world’s wealthiest female entertainer — and by far the top-earning musician.

In fact, there is now increasing speculation in the music industry that a ninth studio album from Rihanna — officially due to be released soon — may never arrive.

By her own admission, her time is spread thin.

The Work hitmaker, who has notched up worldwide sales of 250 million, explained: “I used to be in the studio, only the studio, for three months straight, and an album would come out.

“Now, it’s like a carousel — I do fashion one day, lingerie the next, beauty the next, then music the next. It’s like having a bunch of kids, and you need to take care of them all.”

It’s easy to see why singing has ceased to be a priority. New figures published by finance bible Forbes valued her Fenty Beauty cosmetics firm at £1billion alone, with Rihanna owning a 50 per cent stake.

The minute Rihanna walked into the room, it was like the other two girls didn’t exist.

Having launched the firm in 2017 in partnership with luxury goods giant LVMH, her passionate promotion of the brand catapulted it to the big time.

And her inclusive vision to reach “all women” proved so influential that her wide range of foundation shades prompted rival brands to broaden their pallettes in order to compete.

As she put it: “Make-up was my weapon of choice for self-expression”. Now millions of customers agree.

The extraordinary success marks an astonishing contrast against her humble beginnings in Saint Michael, Barbados.

The daughter of an accountant mother and warehouse manager father, Rihanna made for an unlikely global phenomenon.

Despite talent and striking good looks, there was little hope of hitting the big time while selling clothes with her dad Ronald at a market stall and living in a modest bungalow.

She has two brothers, Rorrey and Rajad, plus two half-sisters and a half-brother from her father’s side.

Rihanna battled constantly with her dad’s alcoholism and crack cocaine addiction along with his abuse of her mother Monica, with the then teen regularly breaking up the fights.

As she explained: “Domestic violence is not something that people want anybody to know, so she would just hide it in the house. I grew up fast, kind of like the second mum.”

Despite the abusive start, she and her father remain close — with the singer later paying for him to attend a pricey rehab centre.

Aged just 15, Rihanna formed a singing trio with two classmates before a chance meeting with major US record producer Evan Rogers, who was visiting the island on holiday, landed her an audition and the chance to record a demo.

She said later: “I always knew I wanted to be a pop star.”

Rogers added: “The minute Rihanna walked into the room, it was like the other two girls didn’t exist.” It would prove the catalyst for a record deal with Def Jam records after the early recordings were passed on to music supremo L.A. Reid and rapper Jay-Z who signed her on the spot after a meeting in New York.

Sexy star was face of the underwear

It also later sparked a raft of untrue rumours of a fling between Rihanna and mentor Jay-Z behind his wife Beyonce’s back. But eight years after her first recordings, the singer had her sights on more.

A debut fragrance, Reb’l Fleur, was released in January 2011 and grossed an astonishing £67million — with a host of follow-up scents proving similarly popular.

Fenty Beauty followed in 2017, a 50 per cent split deal with LVMH worth an initial £8million.

It focused on various products including make-up, lip glosses, highlighters and tanning lines.

But after being rolled out to 150 countries in stores and online, the range quickly surpassed even the wildest of expectations — changing the face of the entire industry. As Vogue magazine put it: “Beauty houses — niche, establishment and those in between — began extending their shade ranges to accommodate a wider variety of skin tones.

Lingerie brand Savage Fenty followed a year later. It was based on the same inclusive premise, catering to all skin tones and a wide range of sizes, including pregnant women — with the sexy star herself becoming the face of the underwear.

Catwalk shows with the singer alongside fellow A-listers, including Bella Hadid and Cara Delevingne, helped publicity for the range skyrocket, with millions of items now sold worldwide. But the runaway success has not been without stumbling blocks.

A fashion house launched as a Paris pop-up store in May 2019 which quickly expanded worldwide folded earlier this year — prompting some hope that she could turn her attention back to music.

And last year she told a fashion magazine she is “aggressively working on new music,” with further hints from producer and songwriter Pharrell Williams confirming plans are in the pipeline. But despite his optimism, little has emerged aside from brief guest appearances on tracks for Pharell’s N.E.R.D. and Kendrick Lamar.

Increasingly she has shied away from the limelight.

While once Rihanna was a staple at any major event, more recently she has kept a lower profile — owning lavish homes including a £12million penthouse in New York.

She also has a mansion in the Hollywood Hills which was reportedly recently sold, and a west London townhouse to be close to her fashion partner LVMH. The firm is run by Bernard Arnault, the world’s third richest man, whose wealth is estimated at around £180billion.

Rihanna’s partnership with the French billionaire helped her wealth to almost triple in the last 12 months.

She has also become a major philanthropist, donating millions to causes including domestic violence charities after her own high-profile assault at the hands of ex Chris Brown — an incident which stunned fans when pictures emerged of her battered and bruised.

Other charitable efforts include forming the Clara Lionel Foundation in honour of her grandparents, which has invested in medical research programmes, and hosting charitable fundraisers for children’s health causes and HIV/Aids awareness.

Last year she handed £4million to the Covid-19 relief effort and followed up the donation with large donations of PPE equipment funding to the state of New York. She also offered to buy almost half a million pounds worth of ventilators for her home country of Barbados.

And while other stars, including Kim Kardashian and Kendall Jenner, have enjoyed success emulating her efforts, latest figures reveal Rihanna stands wildly ahead of her rivals in the entertainment business standings.

She’s in a league of her own. 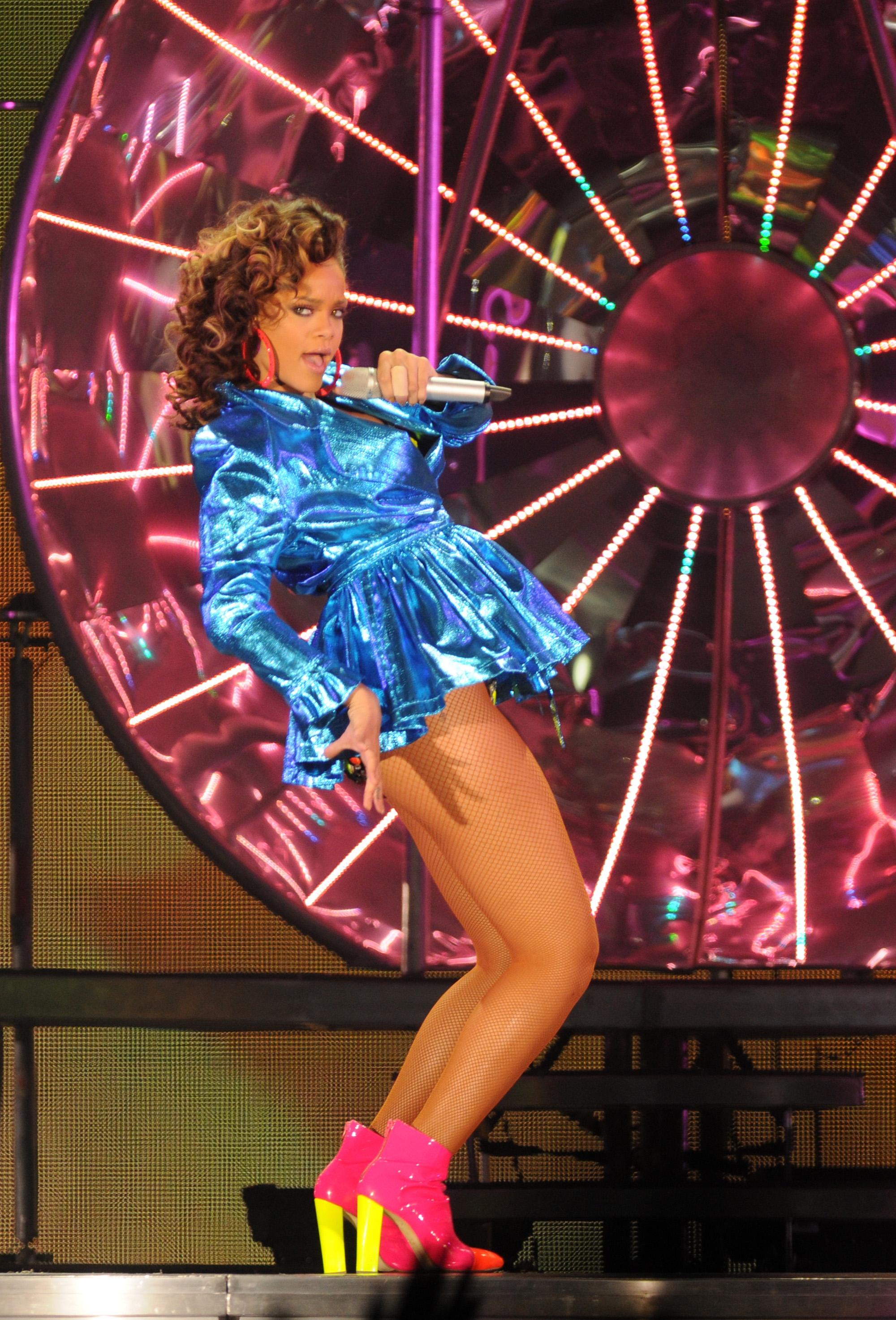 No1 REESE IS ROLLING IN IT 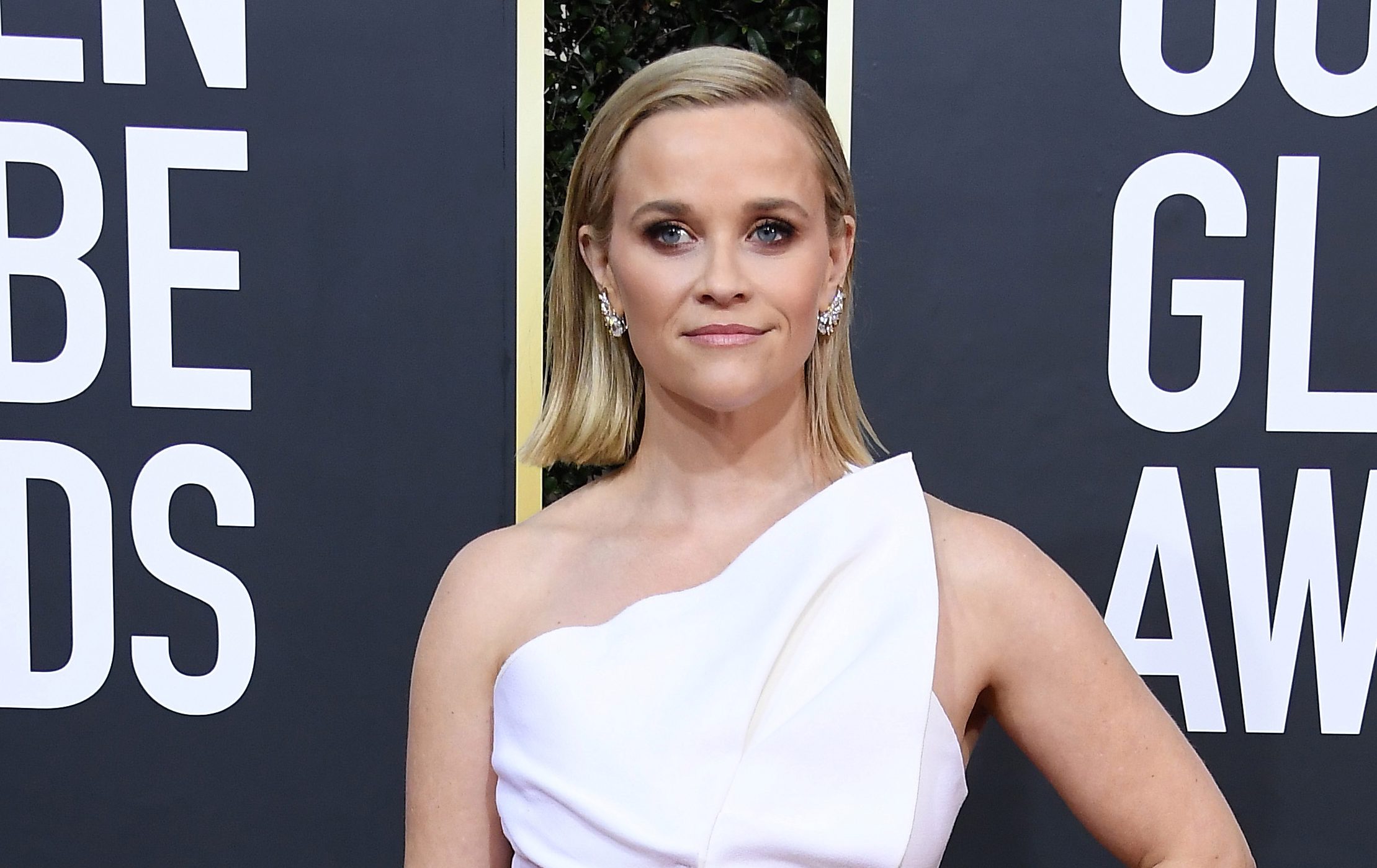 Hollywood actress Reese Witherspoon, below, became the wealthiest actress in the world after selling her production firm Hello Sunshine for more than £645million.

It now means she is worth £287million having gained around £86million from her 18 per cent stake in the company.

Earlier this week the Legally Blonde star announced the sale of the company, which she had founded in 2016, to American investment company Blackstone.

In an Instagram post, Reese, 45, said: “What a tremendous day. I started Hello Sunshine to change the way all women are seen in media. Over the past few years, we have watched our mission thrive through books, TV, film and social platforms.

“Today, we’re taking a huge step forward by partnering with Blackstone, which will enable us to tell even more entertaining, impactful and illuminating stories about women’s lives globally.

“I couldn’t be more excited about what this means for our future. I am committed to continuing to create opportunities for filmmakers, authors and creators of all backgrounds and experiences to tell their stories in their own way, and reach more audiences who will see that their stories matter.”

Reese’s first acting job came in 1991 for film The Man In The Moon. She was cast as the lead role of Dani Trant having auditioned for a bit part.

She had minor roles in films such as Cruel Intentions and American Psycho but her big break came in 2001 as the lead in movie comedy Legally Blonde.

Since then she has won the Best Actress award at the Baftas, Oscars and Golden Globes for her role in Walk The Line in 2005.