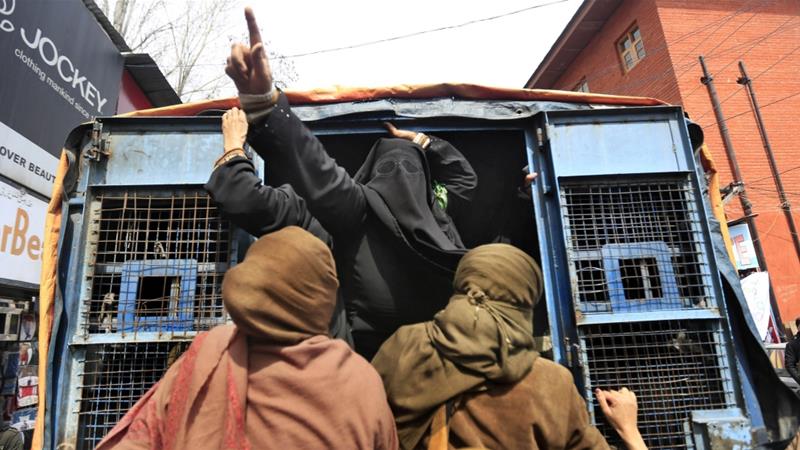 Nazia Erum, media and advocacy manager at Amnesty International’s India chapter, said on Wednesday authorities cited “prevailing law and order situation” in the restive region to deny permission for the event in Srinagar.

The report, titled, Tyranny of A ‘Lawless Law’: Detention without Charge or Trial under the J&K PSA, was later released online.

A government official who spoke to Al Jazeera on the condition of anonymity confirmed the decision.

The law, enacted in 1978, allows preventive detention of people against whom there may be no recognised criminal offence. Describing the legislation as “draconian”, Amnesty said it “circumvents the criminal justice system in Jammu and Kashmir to undermine accountability, transparency and respect for human rights”.

Aakar Patel, head of Amnesty International India, said the PSA must be repealed immediately as it was “contributing to inflaming tensions between the state authorities and local populace”.

The report found a “pattern of abuse” by authorities, including “detaining children, passing PSA orders without due diligence and on vague and general grounds, ignoring the limited safeguards under the Act, subjecting individuals to ‘revolving-door detentions’, and using the PSA to prevent release on bail and undermine the criminal justice system”.

There was no immediate reaction from the Indian government.

Kashmir is divided between India and Pakistan. Rebel groups in the Indian-administered portion have fought the Indian security forces for decades, seeking independence from New Delhi or a merger with Pakistan.

The report detailed the case of 17-year-old Zubair Ahmad Shah who in September 2016 was arrested near his home by the police and later booked under the law despite being a minor.

“I had left my house to buy vegetables,” Shah told Amnesty. “The policemen caught me and started beating me severely. They caught a few other boys as well. They stripped us and kept us naked … It was embarrassing … They wanted to show what they can do.”

Shah was held under the PSA on charges of being “a regular stone-pelter”. He said he informed the police he was 17, but the police dossier stated his age as 22.

“When I was asked about my age, I told them I was 17 and even showed them my identity card,” Shah said.

His family filed a petition before the High Court, providing his school-leaving certificate to prove his age. The court then ordered Shah be moved to a juvenile home on November 9, 2016. He was released soon after.

For Shah, his mother’s death during his detention was the “biggest tragedy”. He called the detention “a blot on my life forever” and said it would hamper him from getting a job.

The report said that “the regressive amendments” to the Act in 2018 have also led to detainees being held in prisons far from their homes, in violation of international human rights standards.

It said the people who were arbitrarily detained under the PSA and later acquitted continued to face difficulties in obtaining jobs or continuing their education.

“While the court routinely quashes detention orders which fail to comply with procedural safeguards, it does little to tackle the impunity enjoyed by executive authorities,” it said.

The Office of the United Nations High Commissioner for Human Rights has also expressed concern over what it called arbitrary use of PSA by the Indian state.

In a report last year, the office said more than 1,000 Kashmiris were held under the PSA between March 2016 and August 2017. The UN report said officials who issue detention orders rely solely on dossiers prepared by police “who don’t verify facts” and called for an independent, international investigation into human rights abuses in Kashmir.

At the time, the Indian government rejected the report, calling it “fallacious, tendentious and motivated”.