Oxygen supplies are dwindling and hospitals remain overwhelmed as the world’s second most populated country struggles to control this vicious wave of the virus. The US issued an advisory to its citizens in the country, telling them “not to travel to India or to leave as soon as it is safe to do so.”

“US citizens who wish to depart India should take advantage of available commercial transportation options now,” it said.

More than 40 countries have now pledged to provide India with urgently needed equipment in what it called an “outpouring of solidarity.”

The US in particular has promised more than $100 million (£76m) in supplies to India.

She said: “The first of two assistance flights left the US for India at around 8pm and midnight last night, which was April 28. 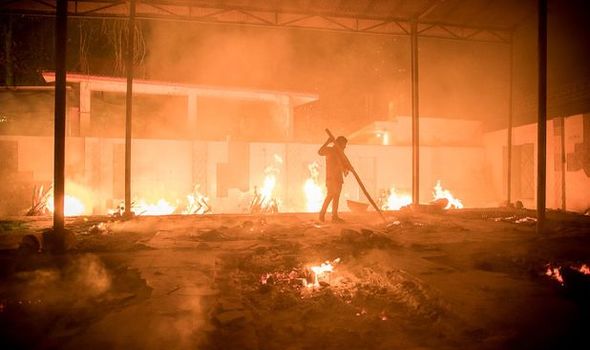 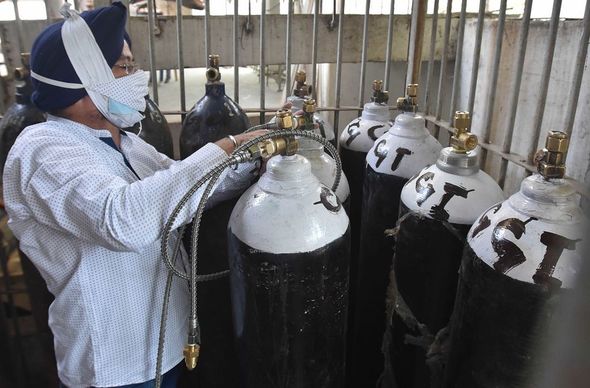 “Additional flights carrying the remaining assistance, including oxygen generators and concentrators are scheduled to depart in the upcoming days.”

He added: “I think the government is trying their level best but taking into consideration the suddenness to which this went up — it went up straight up — before somebody could understand that there was a storm (coming).”

The daily death toll also peaked at 3,645, the highest number of fatalities in a single day since the beginning of the pandemic last March.

Alex Crawford, a reporter for Sky News, tweeted: “Just seen 42 ambulances outside one crematorium in Delhi. 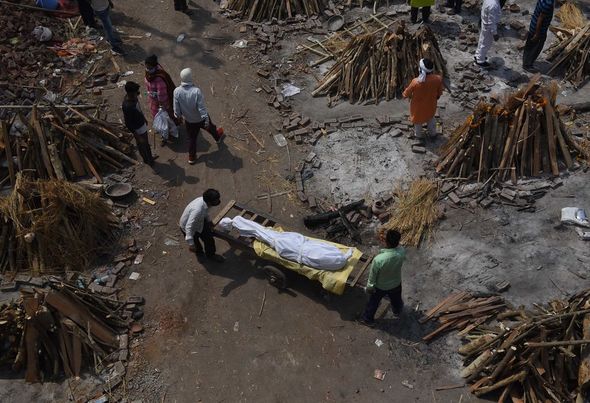 “Bodies stacked up waiting inside for cremation. Many still in the ambulances waiting to be delivered. Carnage #coronavirus #india”.

The latest news comes as the Prime Minister, Narendra Modi, announced the vaccine would be made available to everyone aged between 18 and 44.

Around 13.3 million people are believed to have applied for the vaccine on Thursday after Mr Modi made the announcement.

A number of citizens who tried to sign up for vaccinations complained on social media after the online registration system crashed repeatedly and slots filled up quickly.

While the virus is surging in city regions, it has now also been detected in more rural areas, prompting people to turn to witch doctors and spiritual remedies in a bid to cure their ailments. 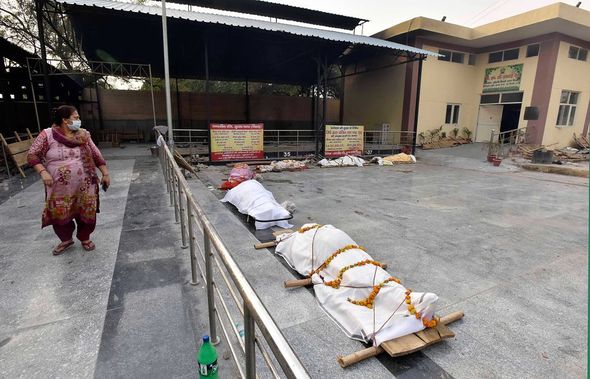 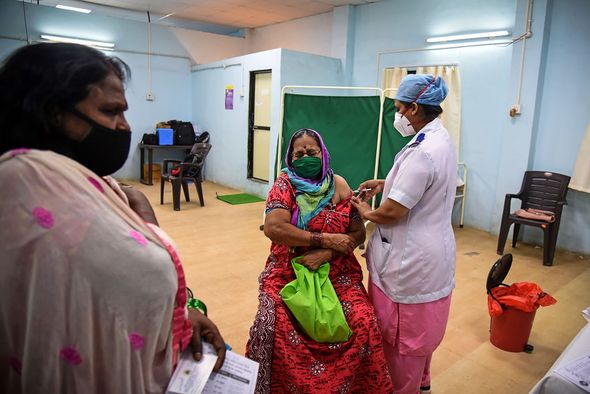 Speaking to Radio 4, she said: “We have a lot of patients who are on our wards right now who have marks on their abdomen because they first went to the witch doctor who gave them hot iron branding in the hope that the evil spirit that is supposed to be causing this illness will be exorcised.

“[The witch doctor] is their first port of call, only a small proportion will come to the hospital, most will go to the witch doctor or the indigenous practitioner, who will give them herbal medication for their illnesses.”

The country has given a lot of vaccinations, providing the first dose of the jab to over 120 million people, and hopes to fully inoculate 300 million by August.