The incredible video shows a Russian TOS-1 going up in flames following a massive explosion that sparked a cloud of black smoke. 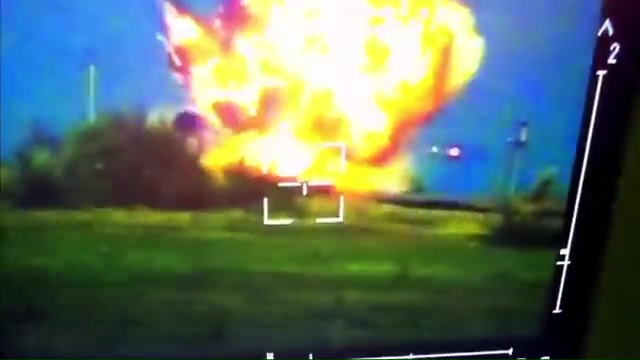 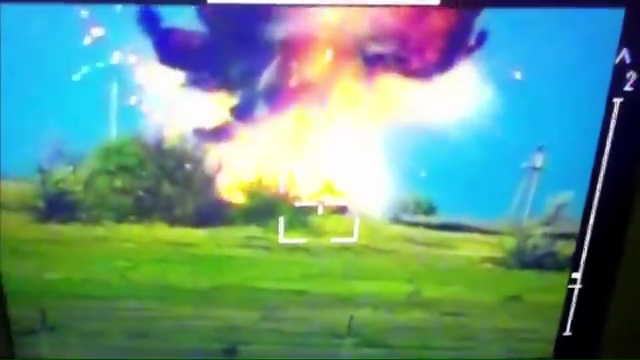 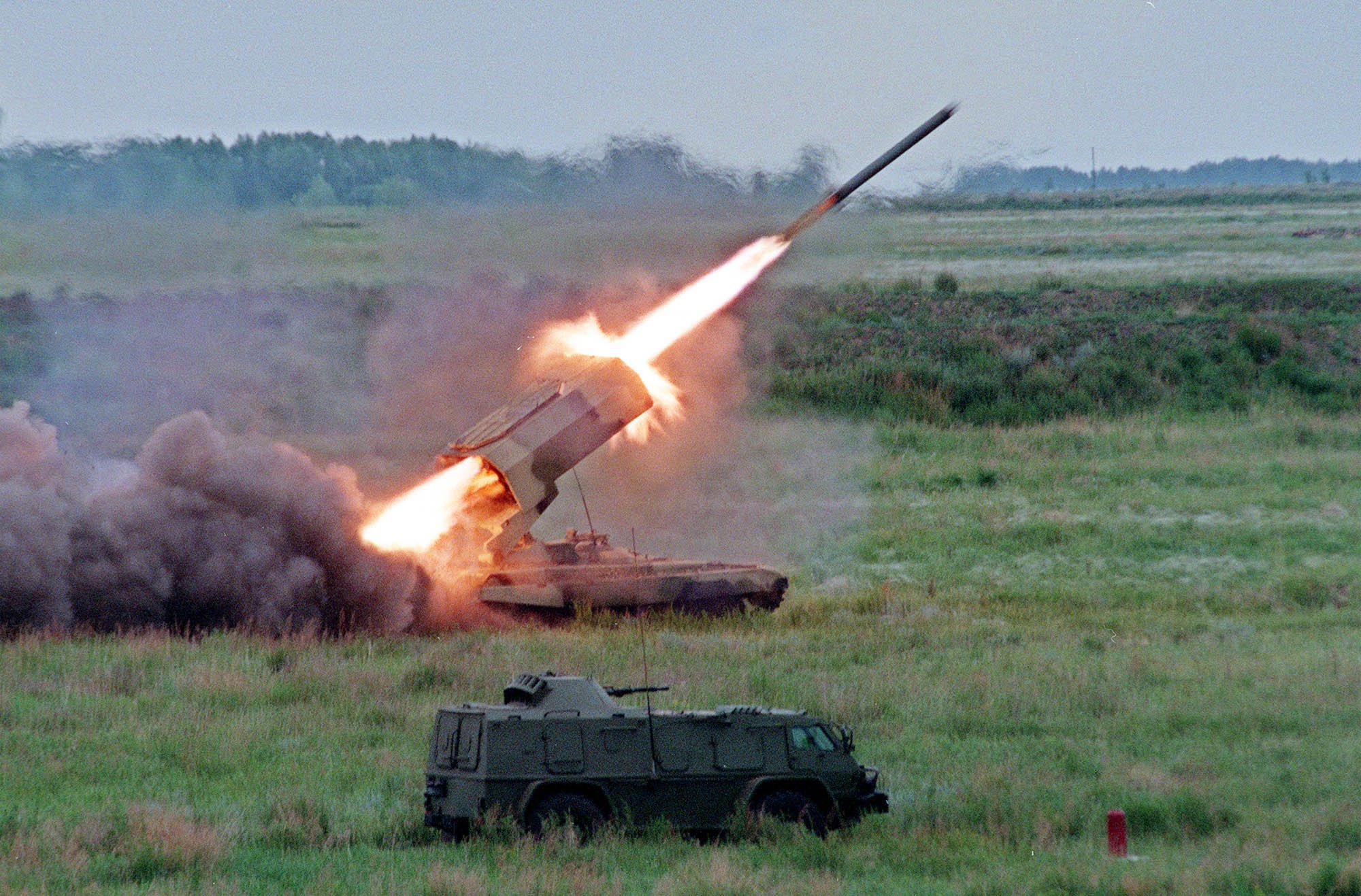 Vladimir Putin was previously accused of having used the killer thermobaric rockets that can destroy an opposing army, during the invasion of Ukraine.

The TOS-1 Buratino and TOS-1A Solntsepek rockets are some of the most devastating non-nuclear weapons that can be deployed on the modern battlefield- and are banned under the Geneva Convention.

The killer weapon uses the oxygen of the surrounding air to produce a high-temperature explosion.

The Buratino, unique to Russia's military, is designed to obliterate heavily-fortified positions. 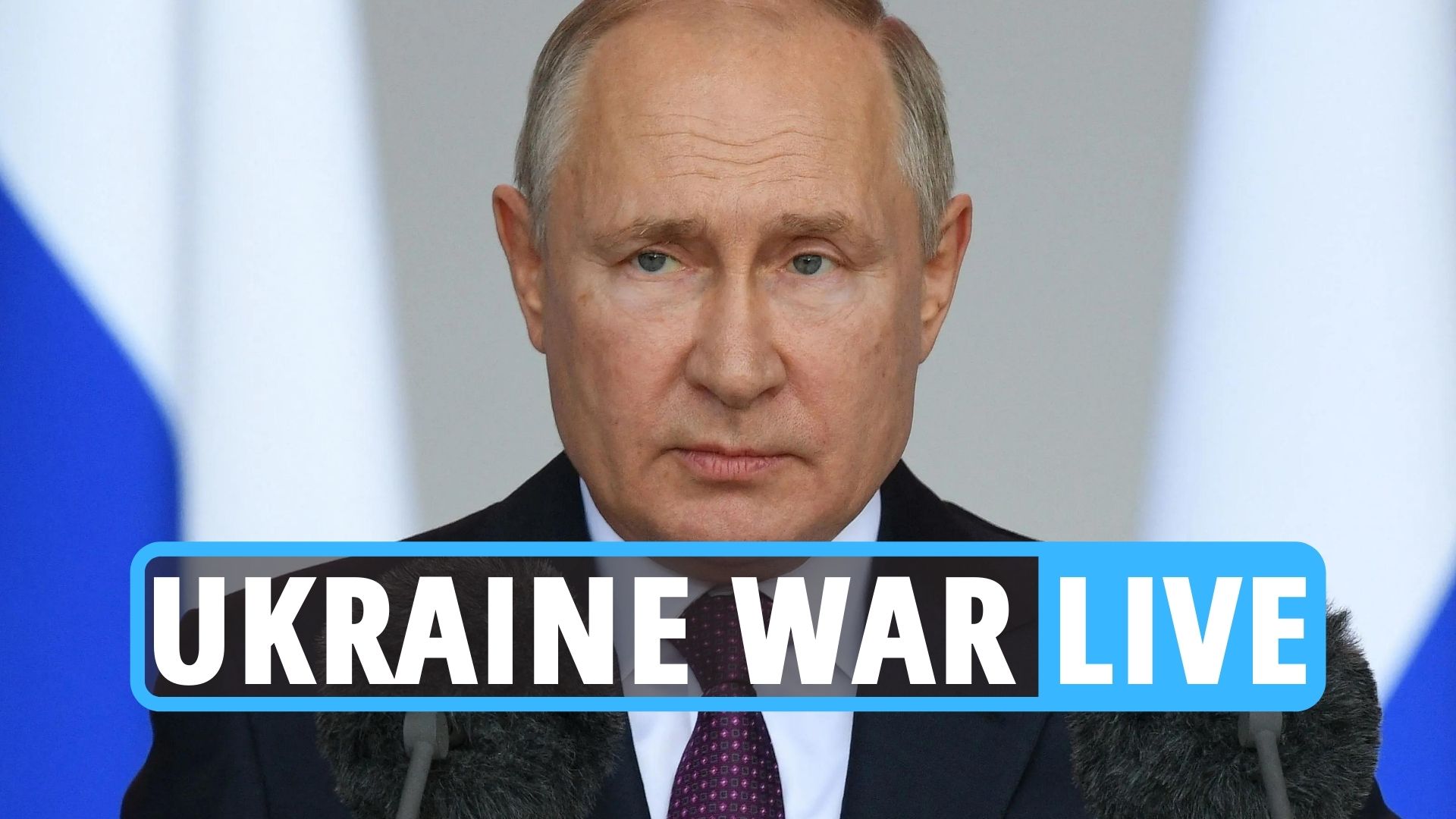 Inside the ‘madness and paranoia’ of Vladimir Putin’s ‘isolated bunker’ 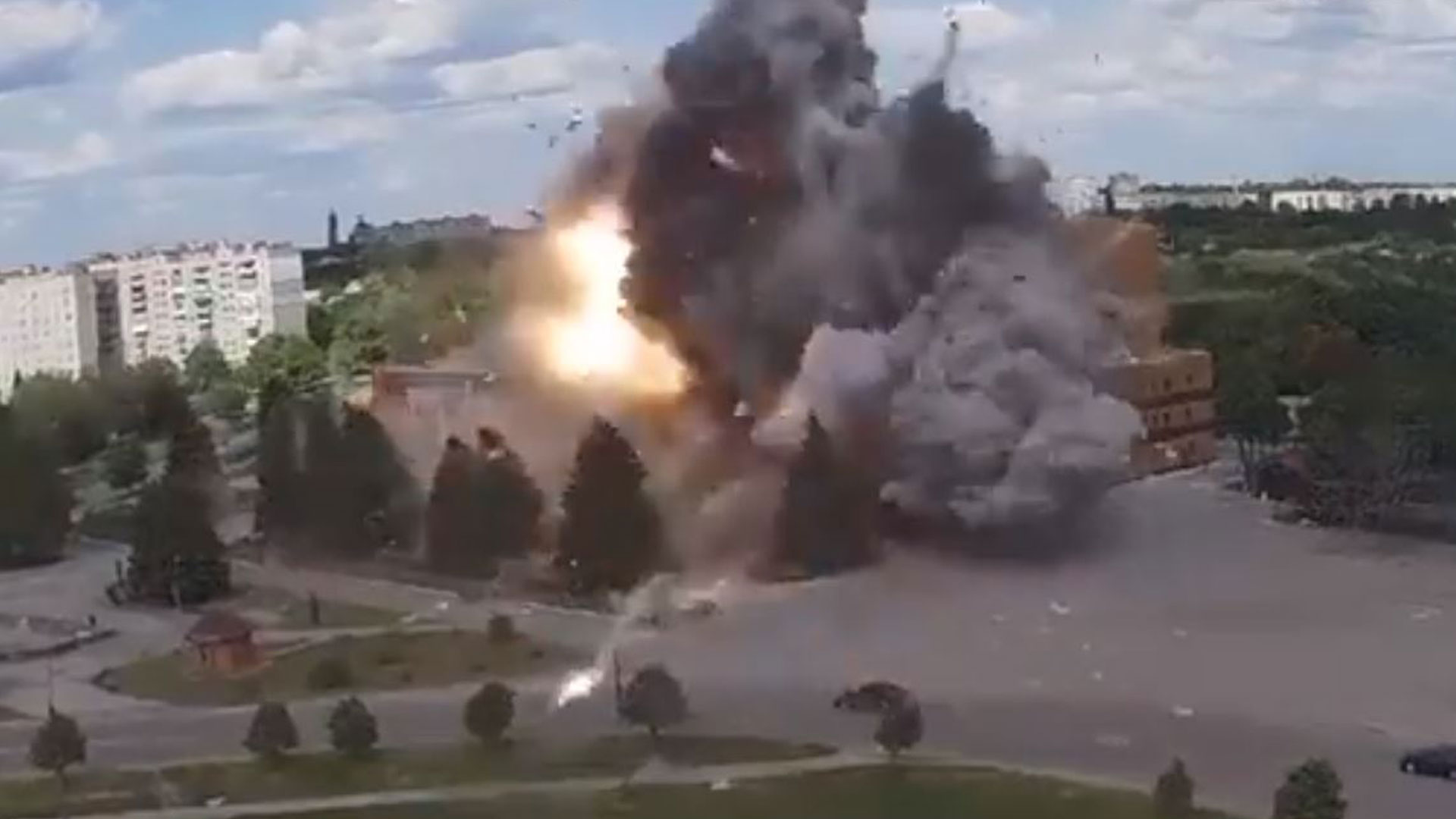 The self-propelled multiple rocket launcher system has already been deployed by Moscow's generals in conflicts including Afghanistan, Chechnya, Iraq, and Syria.

A small explosive inside the FAE munition will spread a chemical cloud through the air like a lethal deodorant spray.

This gassy cloud can seep everywhere, into buildings and trenches, before a secondary explosive ignites the cloud, causing a massive, long-lasting explosion.

Some of its destructive power was demonstrated in the Second Chechnyan War between 1999 and 2000 when the breakaway Russian province's capital Grozny was razed to the ground.

ELL OF A STAR

In one incident, a TOS-1 strike killed 37 civilians and wounded over 200 when a city block was razed to the ground.

Meanwhile, the fighting in Ukraine continues with the Russian Defense Ministry announcing last night its forces had removed the last Ukrainian fighters from the Azovstal steel plant in a big victory for Putin.

The factory had been Mariupol's last holdout of Ukrainian resistance for weeks.

The announcement sparked fears for the Ukrainian defenders who now are prisoners in Russian hands.

A harrowing clip, showed nine Ukrainians marched by a Russian soldier to their deaths as they were escorted along a street in Bucha at gunpoint.

Bucha was one of the first towns liberated by Ukrainian troops.

More than 400 corpses, many of them brutally mutilated and tortured, were discovered in the town 40 miles from the capital following the withdrawal of Russian troops.

Russian Defense Ministry spokesman Igor Konashenkov reported Saturday that Russia destroyed a Ukrainian special-operations base in the Black Sea region of Odesa as well as a significant cache of Western-supplied weapons in northern Ukraine's Zhytomyr region.

There was no confirmation from the Ukrainian side.

The Ukrainian military general staff reported heavy fighting in much of eastern Ukraine, including the areas of Sievierodonetsk, Bakhmut and Avdiivka.

The Ukrainian Defense Ministry said Saturday that Russia was working to restore the port and remove mines.

Last night Russian forces blew up Ukraine's Palace of Culture in a massive missile strike from a supersonic bomber.

Shocking footage shows the building engulfed in flames after the attack that left seven civilians injured, including an 11-year-old child.

The strike was described as an act of “absolute evil” by Ukrainian president Volodymyr Zelensky.