New York: John Cena, the professional wrestler and star of the newest Fast and Furious movie, apologised to Chinese fans and professed his “love” to China on Tuesday (Wednesday AEST) after he faced backlash for calling Taiwan a country during a promotional interview.

In a video posted on Weibo, China’s most popular social media platform, Cena apologised in Mandarin for a statement he made in an interview with the Taiwanese broadcaster TVBS, where he said “Taiwan is the first country that can watch the film.” 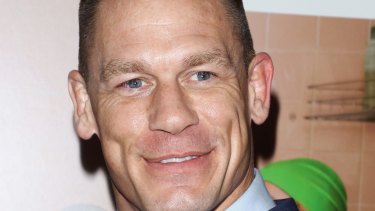 The remarks prompted ire from Chinese fans, touching on a sensitive geopolitical issue between Taiwan, a self-governed island, and China, which considers it a breakaway territory that must be reined in.

“I made a mistake,” Cena said in the video. “I have to say something right now, that is so, so, so, so important: I love and respect China and Chinese people,” he added without referring specifically to Taiwan.

Some users expressed their outrage despite the actor’s mea culpa.

“Please say ‘Taiwan is part of China’ in Chinese, otherwise we will not accept,” one person wrote, according to CNN.

The incident is the latest example of how the entertainment industry and foreign companies face a political minefield when dealing with China. It also underscores the compromises sometimes made to access – or maintain business interests in – the enormously lucrative Chinese film market.

China became the world’s biggest movie market in 2020 after reaching $US3.129 billion ($4 billion) in box office revenue and surpassing the United States box office, which took a financial hit from the closure of cinemas because of the coronavirus pandemic, according to a report by Maoyan Entertainment, which covers the Chinese film industry.

The Fast & Furious franchise has traditionally performed well in Chinese theatres. The Fate of the Furious, the eighth film in the series, broke records and became the highest-grossing Hollywood film in China. F9 took in about $US136 million in China over the weekend, a high for the pandemic era.

Human rights activists and scholars criticised Disney last year for thanking a government in the Xinjiang region, where the company filmed part of the live-action Mulan reboot. China has been accused of human rights violations against Uighurs and other ethnic minorities in the area.

Alan Horn, chief creative officer of Disney Studios, emphasised the importance of the Chinese market: “If ‘Mulan’ doesn’t work in China, we have a problem,” he said with a laugh, in a roundtable with entertainment executives, according to the Associated Press.

The sports industry also has tried to avoid offending China, retracing steps to appease the backlash after crossing “red lines,” often related to issues of sovereignty or criticism of state policies.

In 2019, National Basketball Association superstar LeBron James made comments to counter backlash when Daryl Morey, general manager of the Houston Rockets at the time, expressed his support for pro-democracy demonstrations in Hong Kong. James said Morey “wasn’t educated on the situation at hand,” and was “misinformed” when he supported the protesters.

But the damage was done.

Morey’s tweet, which was rapidly deleted, prompted China to ban the NBA from being broadcast for a year.

The league’s commissioner, Adam Silver, said at the time that the ban could cost up to $US400 million in losses, according to the Wall Street Journal.

ESPN reported then that James and other players lost hefty endorsement deals as part of the backlash.

Fashion companies have had their own problems with China. In 2019, Versace produced T-shirts with prints implying that Hong Kong and Macao were countries; they are special administrative regions. The company later apologised and stopped selling the T-shirts.