I will NOT serve under Boris, says Hammond: Chancellor blasts Tory frontrunner over his plans for No Deal Brexit 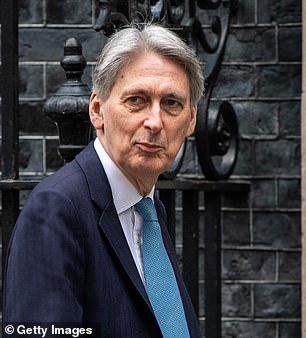 Philip Hammond has said he will not serve under Boris Johnson as he blasts the Tory frontrunner over his plans for No Deal Brexit.

The Chancellor claimed it was not ‘about personalities,’ but about the potential Prime Minister’s preparation to leave the EU without a deal.

Hammond, a Remainer during the 2016 referendum campaign, told reporters in Luxembourg the UK had a financial obligation to its partners in the Union.

Johnson outlined the strategic importance of preparing to leave the EU on October 31 without a deal, saying it would be crucial in negotiating with the bloc as he made his leadership campaign launch speech this week.

Hammond, speaking to reporters on the sidelines of a meeting of EU finance ministers today, also warned whoever succeeds Theresa May not to withhold Britain’s dues to the bloc. 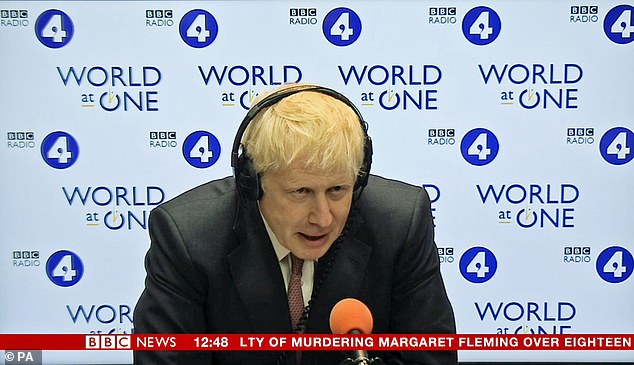 ‘I don’t think this is about personalities, it’s about policies,’ Hammond said when asked if he would serve as a minister under Johnson, the front-runner in the Conservative Party leadership race..

‘Before I could serve in any government, I would want to look at the policies that the prime minister was setting out. I would not be able to serve in a government which had as its policy leaving the European Union without a deal,’ he said.

Johnson has said Britain should be prepared to leave the EU without a deal on October 31 and that withholding the nearly £39billion that May last year agreed to pay the EU could help Britain get a better deal.

‘We’ve always said that the UK is a country which honours its obligations,’ Hammond said.

‘At least part of the sum that was agreed to be paid is part of our obligations under the existing MFF (long-term EU budget). So I would not recommend any of my colleagues to threaten to withhold payments which are part of an existing obligation the UK has,’ Hammond said.