Italian husband, 81, is acquitted of murdering his wife, 63, after blaming it on a fit of jealousy because she cheated on him

An Italian pensioner who killed his unfaithful wife has had his acquittal for her murder upheld because the court ruled he was mentally incapacitated by his fit of jealous rage.

Antonio Gozzini, 81, stabbed literature professor Cristina Maioli, 63, to death in October 2019 while she was sleeping.

Gozzini then watched the body for a number of hours in apparent disbelief at what he had done, before calling a friend saying, ‘Cristina is dead. And soon I will die too.’ 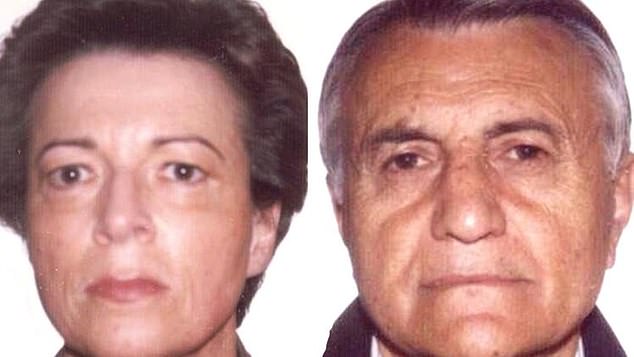 Antonio Gozzini, 81, stabbed his wife, literature professor Cristina Maioli, to death in October 2019 after first hitting her with a rolling pin. A court ruled that a jealous fit made him mentally incapacitated

Prosecutor Claudia Passalacqua asked the court for a life sentence for voluntary murder aggravated by ‘premeditation, cruelty and marital bond’.

During the trial, the prosecution and defence agreed that Gozzini ‘was in the throes of an evident delirium of jealousy that severed his relationship with reality and brought about an irrepressible homicidal impulse’.

It was on this basis that the court found in favour of the defence, that Gozzini was suffering from a delerium.

The prosecution appealed the acquittal and a Brescia appeals court subsequently upheld the decision that the killing had not been a voluntary act.

The prosecution had sought a life sentence of 21 years in prison for Gozzini, arguing that an acquittal would send the message that any jealous man could murder his wife.

However, the defence successfully argued that Gozzini was not simply a jealous man, but a man suffering from a pathology that he had never displayed before the killing and could not be held legally responsible.

Gozzini has been ordered to be transferred from prison to a hospital facility for offenders suffering from mental and socially dangerous disorders.