Hundreds of people took to the streets all over Japan to protest against recent court acquittals of alleged rapists, including a man who was found not guilty of raping his own daughter.

In March, a court in the central city of Nagoya, acquitted the man of raping his daughter, 19, despite years of sexual abuse.

The court recognised that the woman had sex with her father against her will in August and September of 2017 but ruled she could have resisted if she wanted to.

Despite the acquittal, the court also recognised that the girl had been sexually abused her father since the second year of junior high, when she would’ve been 13 or 14 years old. 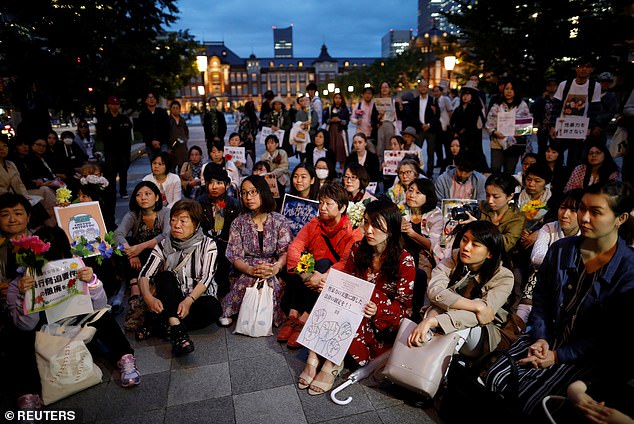 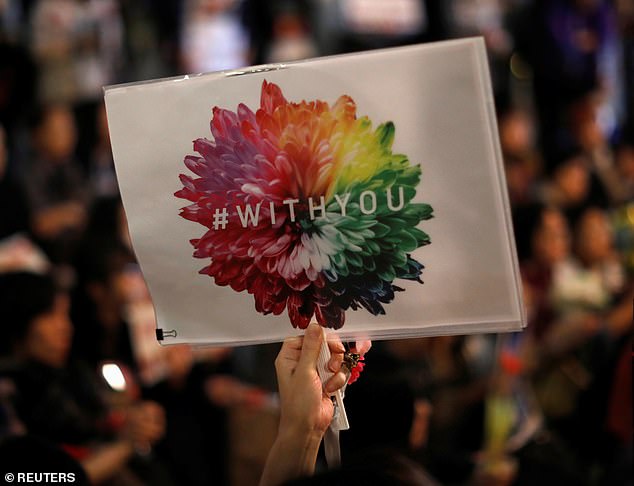 Holding flowers and placards with slogans such as ‘#MeToo, #WithYou’, sexual abuse survivors recounted their experiences at the rally

Prosecutors argued that repeated violence and threats leveled against the daughter meant she was unable to resist her father.

The defence claimed, meanwhile, that the sex was consensual because the daughter hadn’t resisted.

The judge said: ‘Because of the many years of sexual abuse [and other abuse], she was mentally under the control of her father.’

However, he later added that the daughter wasn’t completely under her father’s control.

The judge ruled: ‘Therefore, there is a reasonable doubt as to whether she was really unable to resist.’

The father was able to go free.

This case was one of several that prompted the protests in Sapporo, Sendai, Tokyo, Nagoya, Osaka, Kobe, Yamaguchi, Fukuoka and Kagoshima.

Holding flowers and placards with slogans such as ‘#MeToo, #WithYou’, sexual abuse survivors on Tuesday evening recounted their experiences. 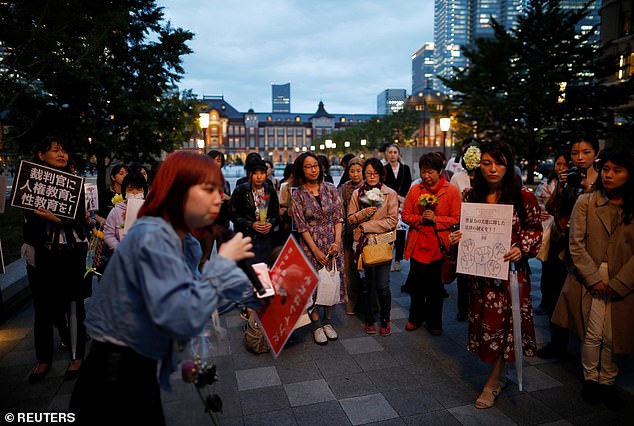 They were protesting against several rape acquittals, including a case where a father was cleared of raping his daughter 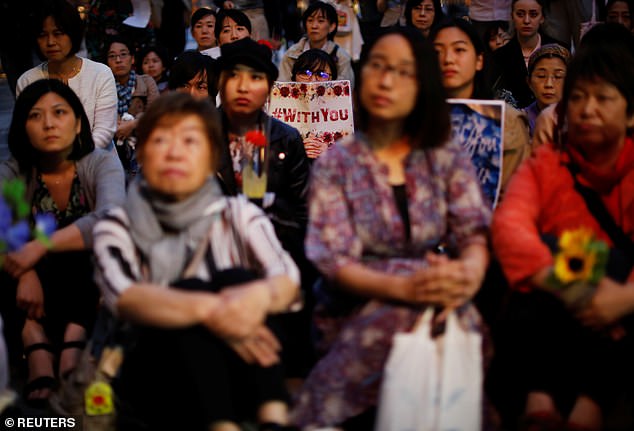 The father was cleared of the rape, despite the court admitting that the sex was against his daughter’s will

They said they did this because they want to scrap a rule they say puts too high a burden on rape victims, discouraging them from coming forward and hurting their legal chances if they do.

‘If we keep saying ‘No’ to sexual violence and deliver our voices, I have hope this unreasonable law will surely be changed,’ Misa Iwata, who said she was gang raped at 16, told a crowd of hundreds gathered near Tokyo Station.

‘To raise one’s voice is frightening,’ added Iwata, a member of sexual abuse victims group Spring. ‘But by raising our voices, society and politics will surely change.’

Legislators revised Japan’s century-old rape law in 2017 to include harsher penalties, among other changes.

The reforms, however, left intact controversial requirements for prosecutors to prove that violence or intimidation was involved or that the victim was ‘incapable of resistance’. 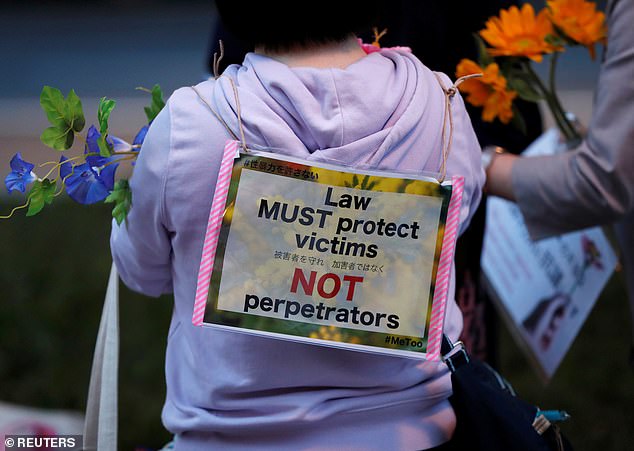 Legislators revised Japan’s century-old rape law in 2017 to include harsher penalties, among other changes – however protesters say they didn’t go far enough 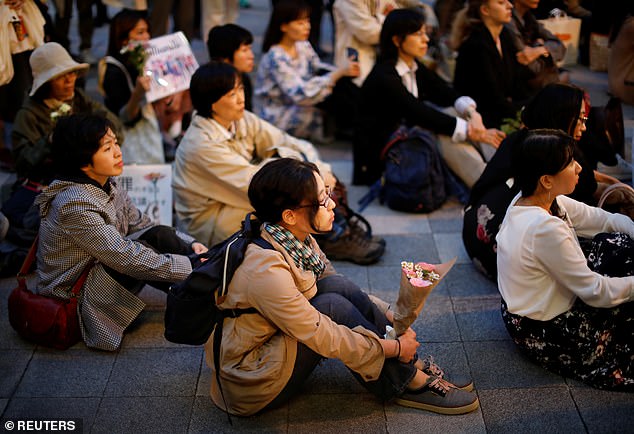 Speaking about the case of the father being acquitted of raping his daughter, Miku Yokoyama, 23, said: ‘This kind of case is continuing because most people don’t have the sense that the judgments are wrong.

‘We are here today to make a movement to change that.’

‘The voices of those saying ”We cannot keep silent’ are spreading,” media quoted author and activist Minori Kitahara as telling a crowd in Fukuoka, where another non-guilty verdict was handed down in March.

Other court rulings the demonstrators have protested against include a case in which a man, charged with raping a woman after she passed out from drinking, was found not guilty on March 12.

His acquittal was made on the grounds he ‘misunderstood’ that she had consented to having sex with him.