Last week, Donald and Melania Trump visited the UK in a state visit under an invitation from the Queen for the 75th anniversary of the D-Day landings. The move came at a time of heightened tensions between the US and China as the world powers are locked in a trade war which saw Trump declaring a national emergency and shutting Chinese company Huawei out of the US market. However, while relationships appeared to hit an all-time low, China’s bond with Russia alliance seems stronger than ever, with President Xi Jinping labelling Vladimir Putin his “best friend” during a state visit where they discussed cooperation in the face of US pressure.

The Kremlin also struck a deal with Huawei to develop 5G technology across the nation alongside a Russian telecoms firm.

While Trump insists the relationship between him and Putin are “good or great despite what you see”, a secret conversation between the Russian supremo and Melania Trump has come to light. 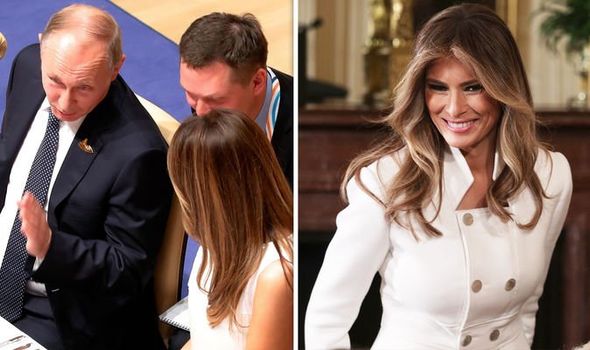 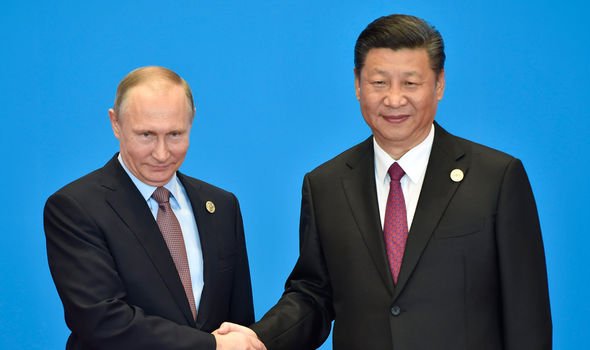 I used to love doing that – that was my job, as you know, for many years

He said in 2018: “I told them about the measures taken to support maternity and childhood.

“I explained what maternal capital is and I told them about the principles of its work.

The interviewer, Vladimir Solovyov, then asked if Putin had tried to “recruit” Melania, in reference to his days as a KGB recruiter in Germany.

He responded: “No. I haven’t done that in a long time.

“Even though I used to love doing that – that was my job, as you know, for many years.”

Putin then changed the topic of conversation, to admit he may have told a small lie about his fishing ability.

He continued: “Then I told them about Russia, about Siberia and about fishing.

“As it goes, I boasted a little. When you are talking about fishing, how do you not embellish?”

He added that he also told Trump about Kamchatka, a peninsula in the Russian Far East, and “about the fauna, about the tigers”.

It was previously revealed how former US ambassador John Herbst feared Russia could start the next global conflict following their interest in Crimea. 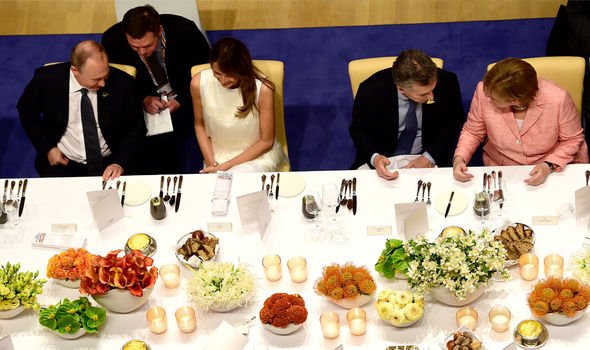 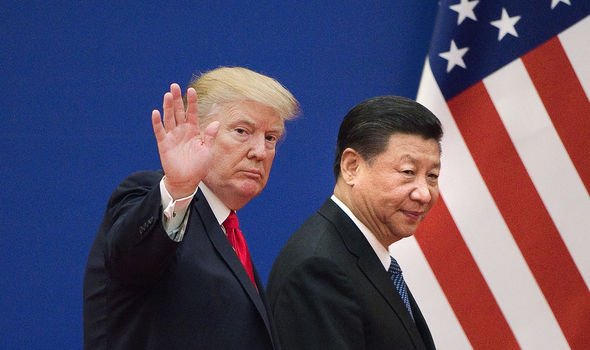 He said in 2017: “Mr Putin and senior Russian officials beside him have said that there needs to be new rules of global order, or there will be no rules.

“They said the post-Cold War settlement in Europe is unacceptable to them.

“They have said that they have the right, in fact, the duty, to protect not just ethnic Russians, but Russian speakers wherever they live.

He explained why Russia may try its luck with other European countries.

However, he also revealed there would be dire consequences, as the US isbound by Article 5 of the North Atlantic Treaty Organisation (NATO).

“So the Kremlin could use the same logic to conduct military operations in the Baltic States who happen to be members of NATO. 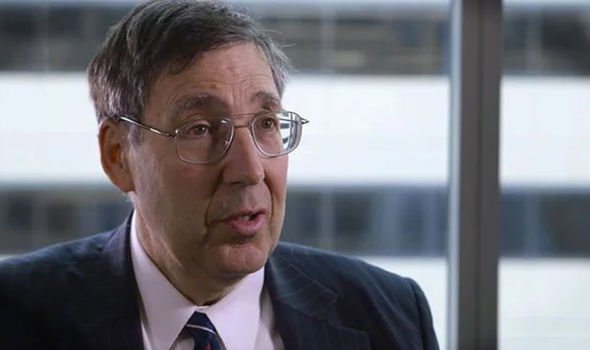 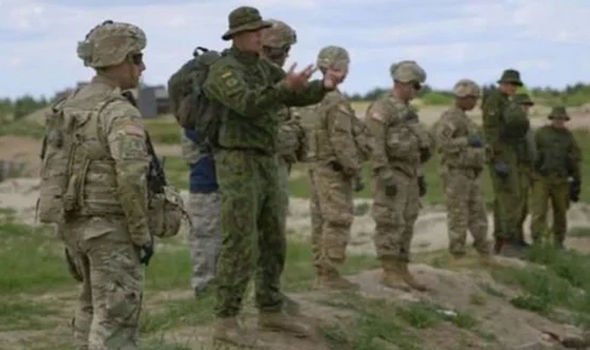 “We are bound by the NATO Charter to defend with our military.”

Just last week the US, along with other NATO states flexed their muscles and rolled out troops once again.

More than 27,000 troops headed to Bulgaria, Romania and Hungary to take part in Operation Saber Strike, which runs until June 24.

This annual event, which has been running since 2010, focuses on training the forces to cooperate together to protect against a possible hostile attack in Europe.