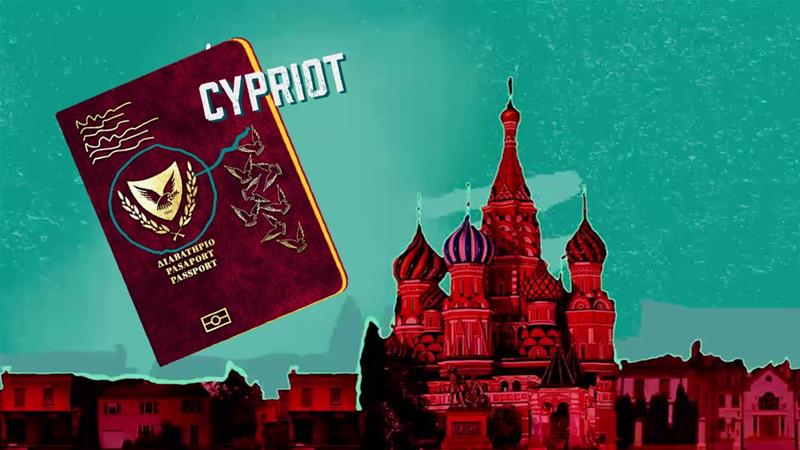 More than 1,000 Russians obtained a Cypriot passport through Cyprus’s citizenship-by-investment scheme, Al Jazeera can reveal after an investigation of more than 1,400 leaked documents.

The Cyprus Papers consist of 1,471 applications, containing the names of 2,544 people who received a Cypriot passport between late 2017 and late 2019.

The documents obtained by Al Jazeera’s Investigative Unit showed that almost half of the applications came from Russia, showing how the country’s political and business elite, billionaires and criminals have been buying their place in the EU, granting them the ability to travel, work and bank in the whole of the EU.

Most of what the $2.5m applicants need to invest to qualify for citizenship is put into real estate.

Upon arrival at Larnaca International Airport, signs in Russian offering investment opportunities, luxury properties and adverts for the many agents wanting to handle the citizenship application, show just how important Russia has become to the scheme.

‘They do not trust their own Russian state’

Many Russians who applied for Cypriot citizenship made their money through political and economic relationships with their own government, with several having held official state positions making them PEPs – politically exposed people.

Under new rules introduced last year, PEPs are now banned from buying passports but those who already bought them may keep them.

Do you have more info about golden passport sales or want to share another tip? Find out how to get in touch with us on our Tips page.

Among those that acquired passports are former Deputy Minister Igor Reva and former member of the Russian parliament Vadim Moshkovich. The list also includes the former boss of a subsidiary of the state-owned railways, Vitaly Evdokimenko, and Vladimir Khristenko, who comes from a highly politically connected family, with his stepmother serving as the current deputy prime minister of Russia.

The reason these politically connected people look towards Cyprus, and by extension, the EU, is because they fear their possessions might be at risk in their home country, Nigel Gould-Davies, a Russia expert at the United Kingdom’s International Institute for Strategic Affairs, told Al Jazeera. 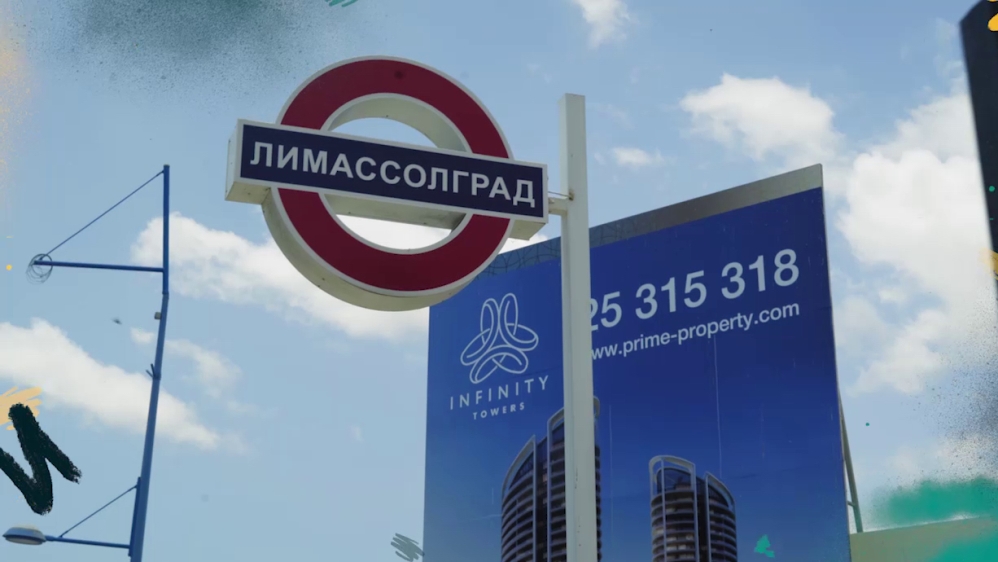 “They do not trust their own Russian state to leave them or their assets alone,” Gould-Davies said.

“They are looking for a place with the rule of law absent in their own country and that also will not scrutinise their applications too closely, make it easy for them to send their money and grant them citizenship.”

However, it is not just their own government they worry about.

Since 2014, the United States and the EU have imposed sanctions on Russia, in response to the Russian annexation of Crimea, cyber-attacks, corruption and human rights abuses.

“Particular spikes take place when political tensions become more severe in Russia, when people trust the state even less to keep them safe or leave them alone, they look for alternatives,” according to Gould-Davies.

“A good example of that would be the Salisbury nerve agent attack in the UK in March 2018. The UK and US began to impose new sanctions and immediately we’ve got a big spike of capital flight out of Russia, looking for safe places,” he added.

In 2014, VTB – often called “the Kremlin’s bank” – and its subsidiaries were among several big Russian banks sanctioned by the US and the EU after the Crimea invasion.

Yet Cyprus did not appear to consider any conflict in selling EU citizenship to three of VTB’s senior people – Victoria Vanurina, Vitaly Buzorevya and Alexsey Yakovitsky – who were all approved for passports on the same day in May 2018.

Among the 1,000 Russian names are some of the country’s richest men, with Al Jazeera identifying at least nine oligarchs, each worth more than $1bn.

More than a dozen of their relatives are now Cypriot citizens, able to move money around the world with less chance of being flagged as “high risk” because they are now able to use their EU citizenship.

Following Al Jazeera’s revelations, there have been calls for a change in the citizenship-by-investment programme employed by Cyprus and other European Union member states.

In a letter to the European Justice Commissioner, Member of the European Parliament Sophie in ‘t Veld said it is “high time that the Commission gears up towards more decisive action on this front”.

“Clearly, the situation is becoming untenable and inexplicable to EU citizens who fight for equality and against corruption,” in ‘t Veld’s letter said.

Cyprus ramped up its citizenship-by-investment scheme to rescue their economy after the crisis it faced in 2013. Since then, $8bn, much of it from Russians, has kept the economy afloat.

In response to so much money moving outside its borders, Russia has tried to reverse the financial flow, demanding a new treaty to increase the tax paid on money moved into Cypriot banks.

“Putin has increasingly put pressure on some of the most senior business figures to stop sending their money abroad and invest in Russia instead,” Gould-Davies told Al Jazeera.

“Although he is very powerful, they have been able to quietly ignore him. He’s not pleased with this, he hasn’t yet found a way to stop it, but he’s looking for ways to make it more difficult.”

One group of once-well connected and still wealthy businessmen have already fallen foul of Putin. Most are accused of financial crimes but their Cypriot passports have helped them stay out of Russia’s reach.

Former Gazprom executive Nikolay Gornovskiy is one of them. Gornovskiy is wanted by Russia for abuse of power, but the UK has so far refused to extradite him.

Yuri Obodovsky, a Russian banker, is wanted for bribery and corruption over state railway contracts. He is thought to be in hiding in the US.

Finally, brothers Alexey and Dmitry Ananiev were charged with embezzlement from the bank they founded.

Dmitry lives in Cyprus, his brother in London.

Since its inception in 2013, the EU has regularly criticised the citizenship-by-investment scheme, claiming Cyprus could possibly serve as a back door into the rest of the EU.

“Criminals are endangering Europe’s security or want to engage in money-laundering here,” said Vera Jourova, a vice president of the European Commission in 2018. “We do not want Trojan horses in the Union.”

As a result, Cyprus changed its rules in 2019 and most recently in July 2020, enabling the country to strip citizenship sold to anyone who was now considered damaging to Cyprus’s national interest.

In a written response to Al Jazeera, the Cypriot minister of the interior, Nicos Nouris, claimed: “No citizenship was granted in violation of the Regulations in force at the given time.” He added: “The Republic of Cyprus, as an EU member state, is functioning in absolute transparency.”