A GUNMAN reportedly shot a man and woman before turning the gun on himself in an apparent murder-suicide at a Houston aquarium.

Houston Police said that the suspect and the male victim were killed and that the woman was shot in the leg and transported to a hospital. 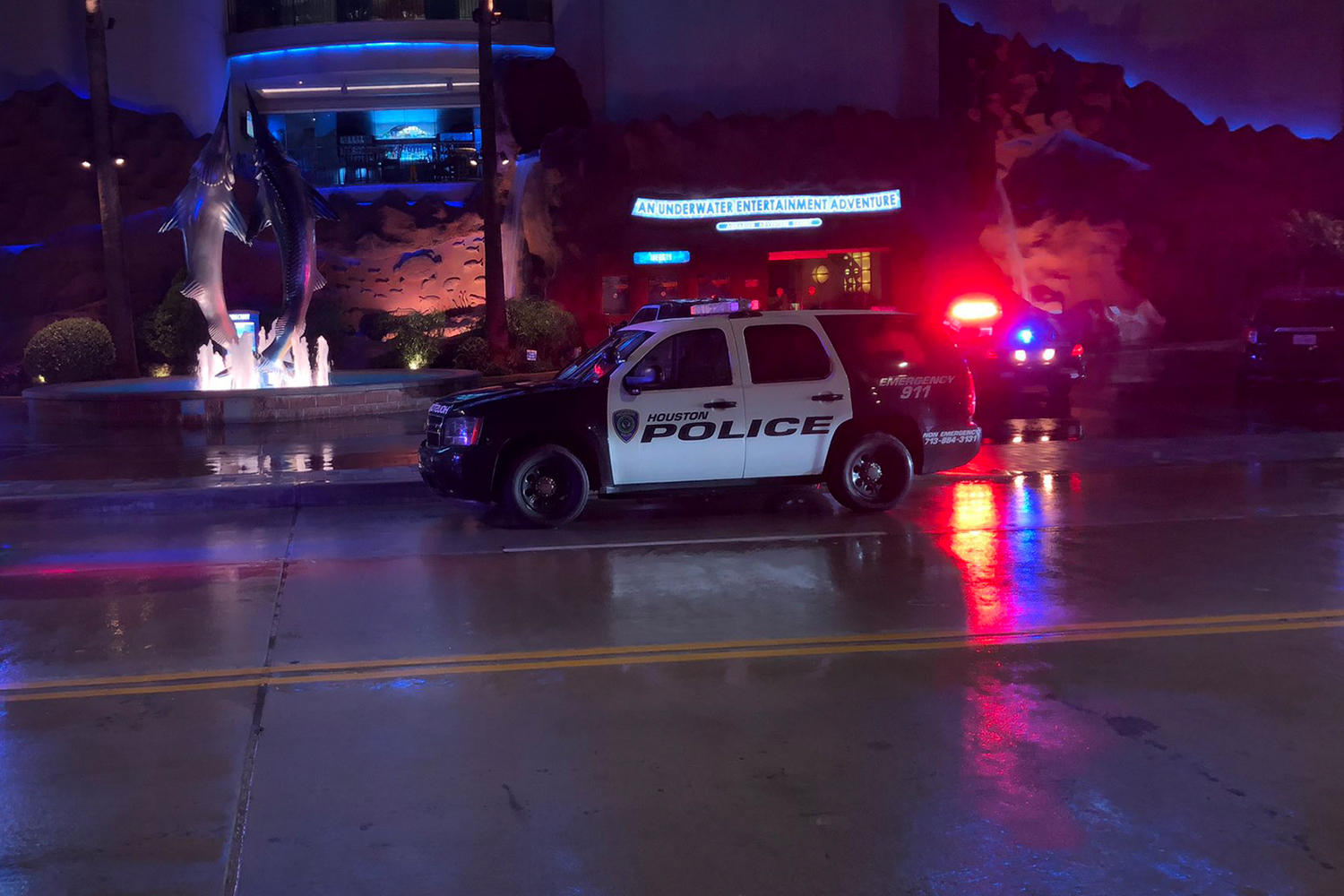 Cops said that the suspect shot the pair before turning the gun on himself at the Downtown Aquarium restaurant around 8.16pm, according to Click2Houston.

The two men were reportedly pronounced dead at the scene.

No other injuries have been reported at this time.

Cops are currently investigating a motive for the shooting.

Houston Police confirmed that they were responding to the scene of the shooting just before 9pm CST.

"Downtown officers are at a shooting 400 Bagby. Commander and PIO are on the way. 202," the tweet said.

Video taken from in front of the aquarium shows a large police presence.