Rep. David Cicilline, a Rhode Island Democrat who served as a House manager for the second Trump impeachment, is circulating legislation that would seek to bar Donald Trump from holding federal office again under Section 3 of the 14th Amendment — language meant to block former Confederates from serving in Congress and regaining power.

“‘Under Section 3 of the Fourteenth Amendment of the U.S. Constitution, “No person shall … hold any office, civil or military, under the United States … who, having previously taken an oath, as a member of Congress, or as an officer of the United States .. to support the Constitution of the United States, shall have engaged in insurrection or rebellion against the same, or given aid or comfort to the enemies thereof,'” he writes in his letter to colleagues, citing the relevant amendment.

“This language in our Constitution clearly intended to bar insurrectionists from holding high office in the United States. Given the proof – demonstrated through the January 6th Committee Hearings, the 2021 impeachment trial, and other reporting – that Donald Trump engaged in insurrection on January 6th with the intention of overturning the lawful 2020 election results, I have drafted legislation that would prevent Donald Trump from holding public office again under the Fourteenth Amendment,” he wrote, according to the letter obtained by ABC News. 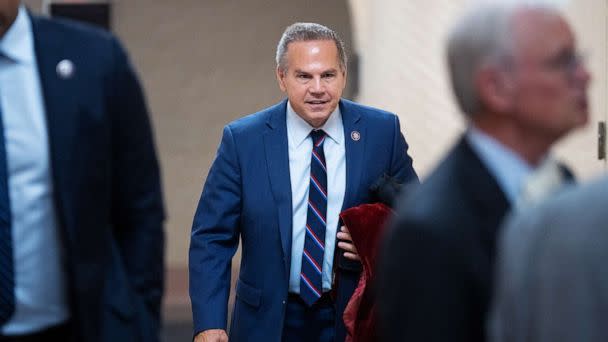 It’s not clear if Democratic leaders in the House would bring a bill like this to the floor during the lame duck session of Congress. It was floated after Jan. 6 but Democrats instead opted to impeach Trump. But the matter would only require a simple majority from both chambers.

A number of legal groups have also threatened lawsuits to challenge a third Trump White House bid under the same provision. 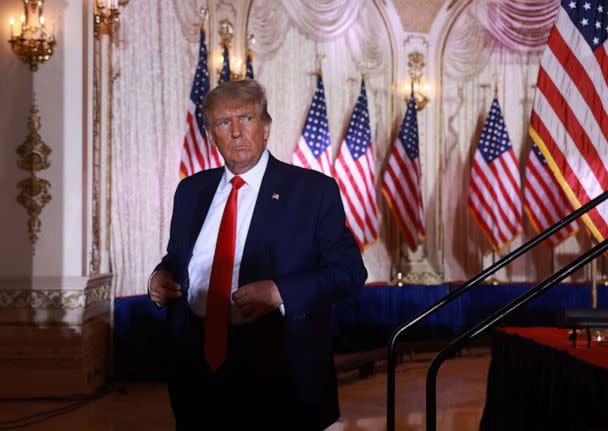 As Donald Trump announced Tuesday night he is running again for the White House, two groups were already working behind the scenes to mount a national push to get elections officials to stop him from being on the ballot because of Jan. 6 — even as similar such efforts have failed against other Republicans.

Free Speech For People and Mi Familia Vota are launching a campaign via TrumpIsDisqualified.org to urge secretaries of state and other chief elections officials to bar the former president from running for office under the section of the 14th Amendment known as the disqualification clause.

Free Speech For People previously filed challenges against other elected Republicans like Reps. Madison Cawthorn and Marjorie Taylor Greene, arguing their actions around Jan. 6 and support for overturning the 2020 election results amounted to the disqualifying behavior. Neither Cawthorn nor Greene participated in the rioting, though Cawthorn spoke at a Trump rally beforehand; Greene has said she was a “victim” along with other lawmakers.

None of the organization’s past suits has resulted in an elected official being barred from office.

Free Speech For People said it intends to file similar legal challenges against Trump but declined to provide more details to ABC News.

One constitutional law expert told ABC News the amendment’s provisions are not as clear-cut as Cicilline and the legal group contend.

“The plain language of Section 3 of the Fourteenth indicates that someone who had taken an oath to defend and support the Constitution but then engaged in insurrection or rebellion against the United States would not be able to serve in various federal offices. The problem is that the section does not say whether a court or some other authority has to find that someone engaged in insurrection or rebellion or whether Congress could, on its own, make that declaration,” Michael Gerhardt, a constitutional law professor at the University of North Carolina, said.

“Additionally, the section does not expressly include the presidency among the officers who are subject to its provisions. These complications have made Section 3 less reliable and less predictable as a means to address Trump’s misconduct. Moreover, members of Congress who oppose invoking this section against Trump argue that it was intended to apply only to people who fought for the confederacy before later seeking federal office,” he said.

House Democrat proposes Trump be disqualified from office as an ‘insurrectionist’ originally appeared on abcnews.go.com