THIS is the horrifying moment a lioness mauls a trainer in a circus show attack as families run for their lives.

The animal sank her teeth into Maxim Orlov after brawling with another lioness in the ring. 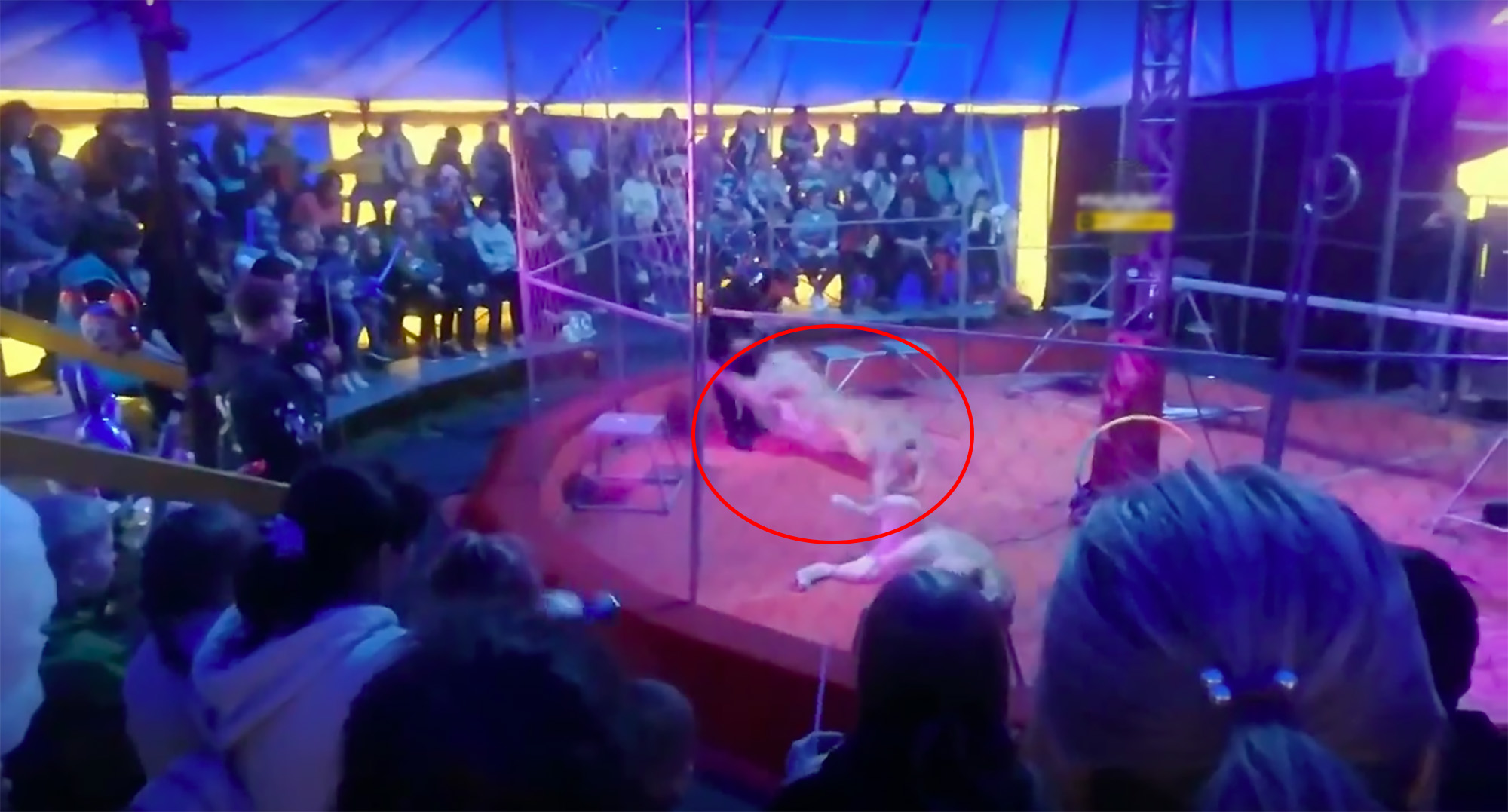 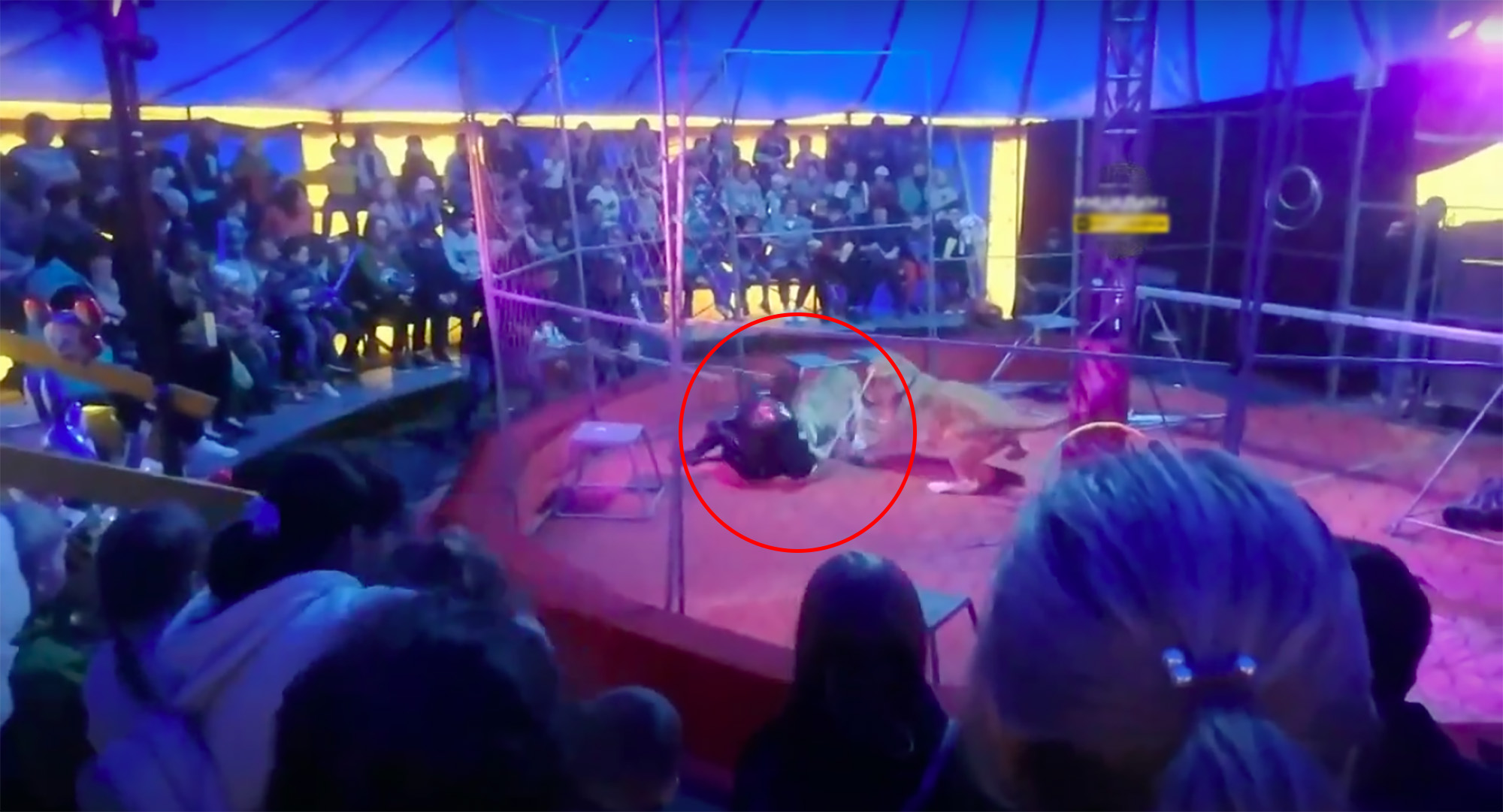 The attack at the circus in Moshkovo in the Russian region of Novosbirsk was caught on camera by a terrified crowd member.

In the clip, two lionesses – named Vega and Santa – can be seen entering the ring and fighting aggressively before Mr Orlov enters the ring.

All of a sudden, Vega turns towards the trainer, leaving him with arm and leg injuries.

The man tried to fight off the lioness while some petrified crowd members, including children, watched in horror and others tried to escape.

The tamer and other circus staff eventually fended off the big cat with poles, with Mr Orlov had to be taken to hospital.

According to reports, a pregnant woman suffered an epileptic seizure from shock. 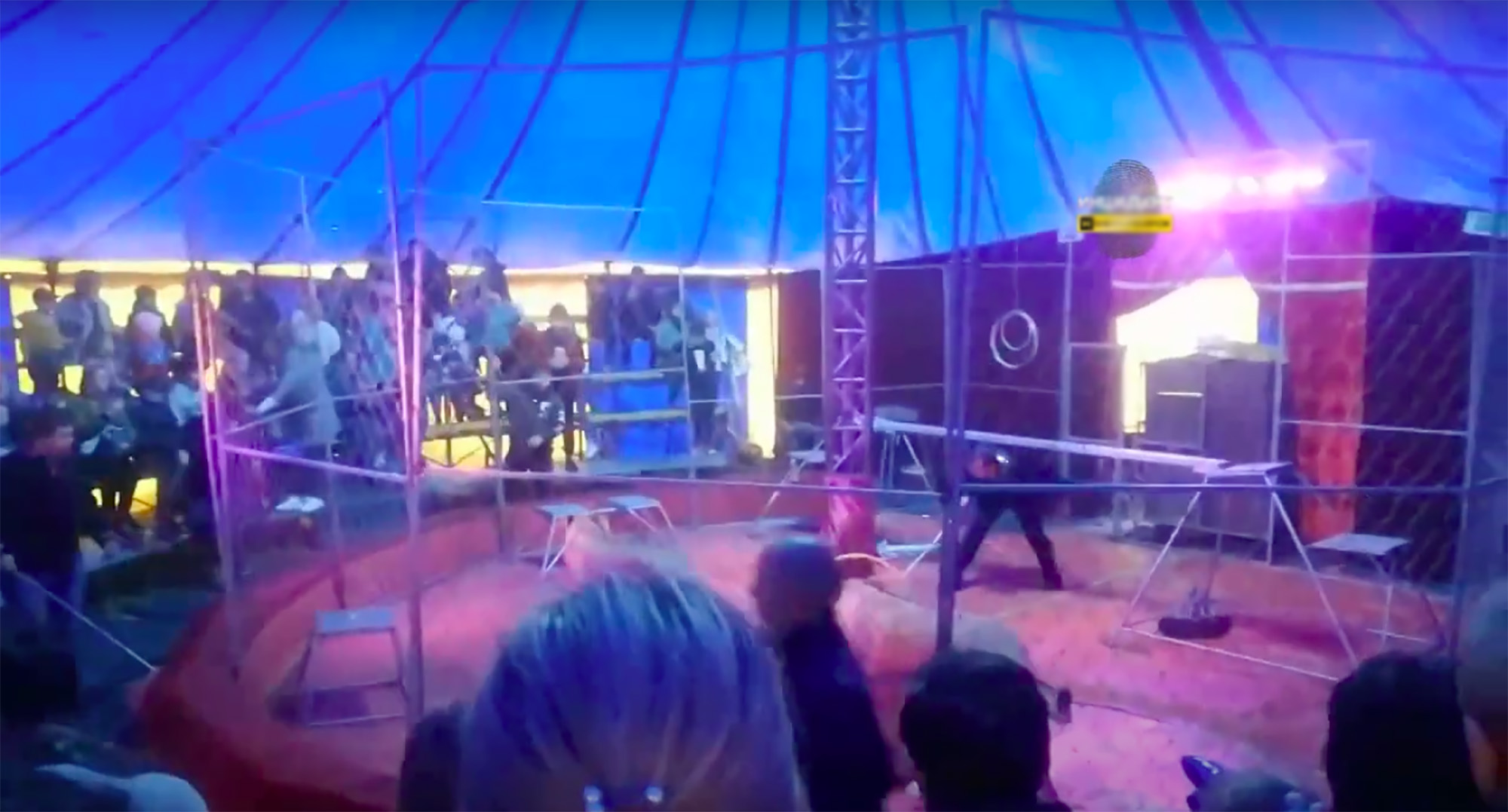 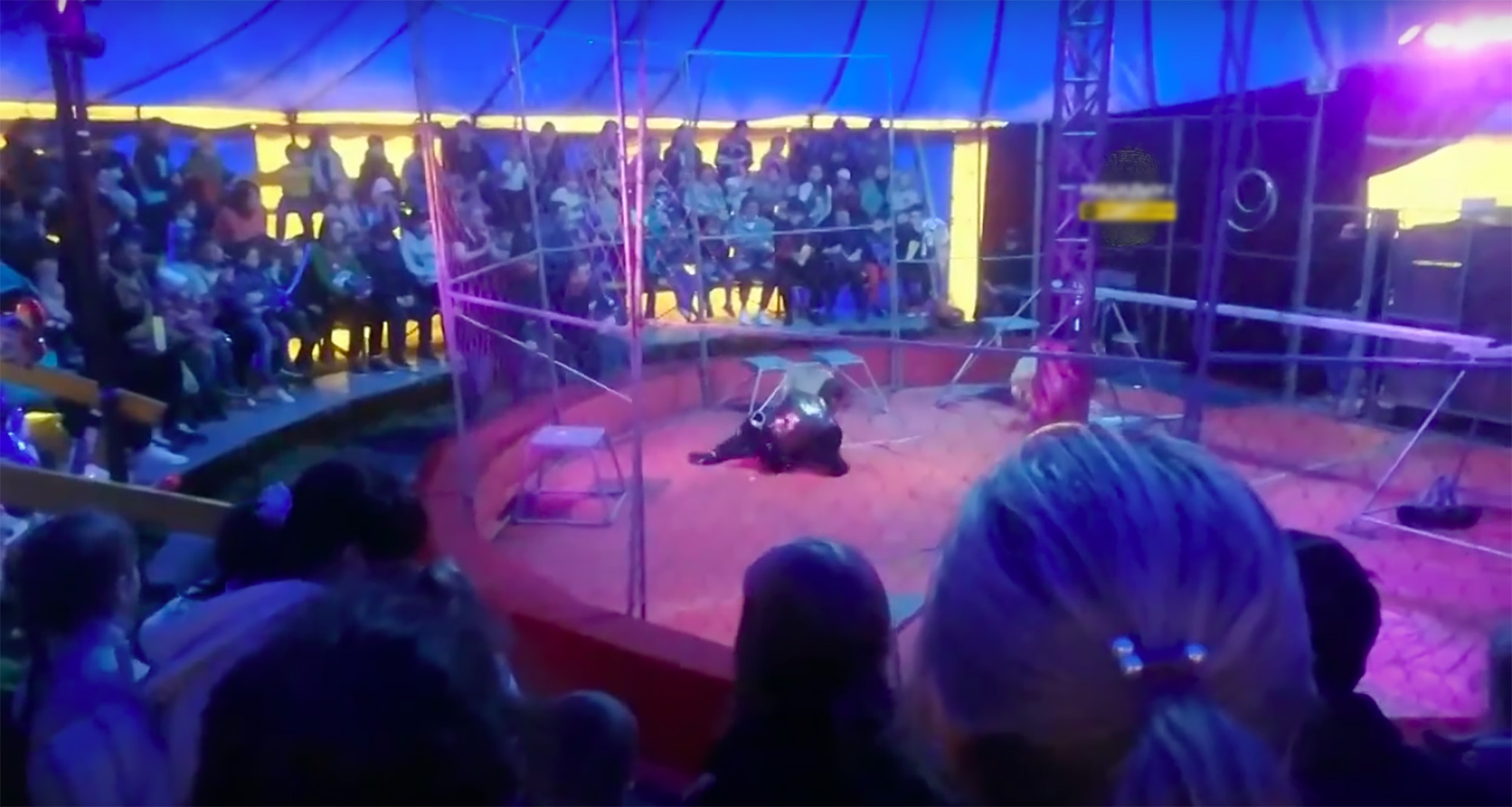 “When we ran away, there was a wild roar from the animals.

“The tamer was attacked.

“A pregnant woman had an epileptic seizure from fright.

“An ambulance was called.”

The attack led to calls for a ban on live animals in circuses in Russia. 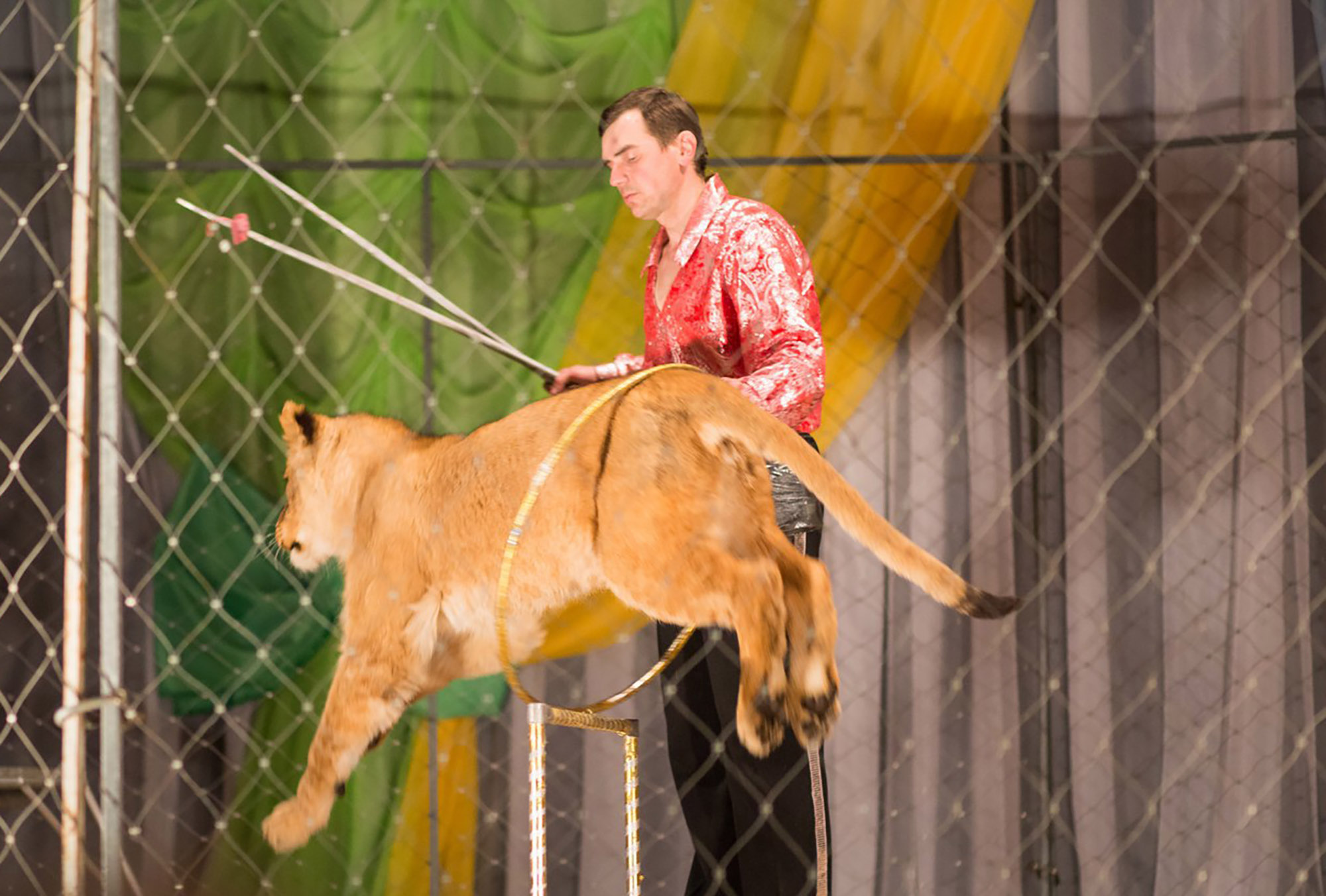 After being bandaged in hospital, the trainer said: “Cases such as today are very rare, but animals are animals.

“Vega is five years old and has been wayward since childhood.”

The lioness will not perform again as a result of the attack, the trainer said.

He added: “We will negotiate with the zoos to exchange her for a little lion cub.”

Mr Orlov blamed the attack on the Ural Travelling Circus not working during the pandemic.

A person said: “How many similar cases before people stop seeing the suffering of wild animals as entertainment for children?”

Another commented: “This is torture of wild animals.” 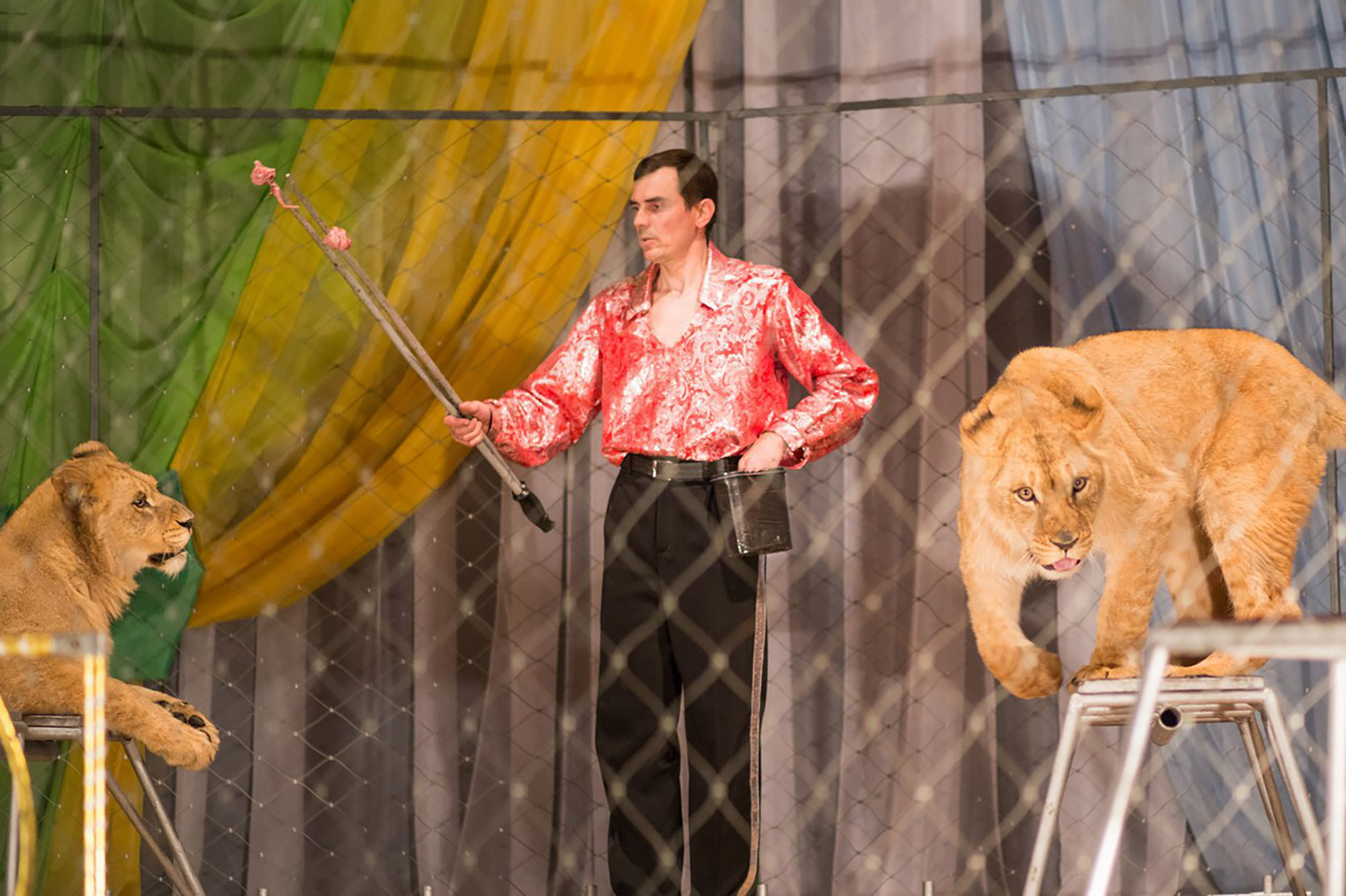 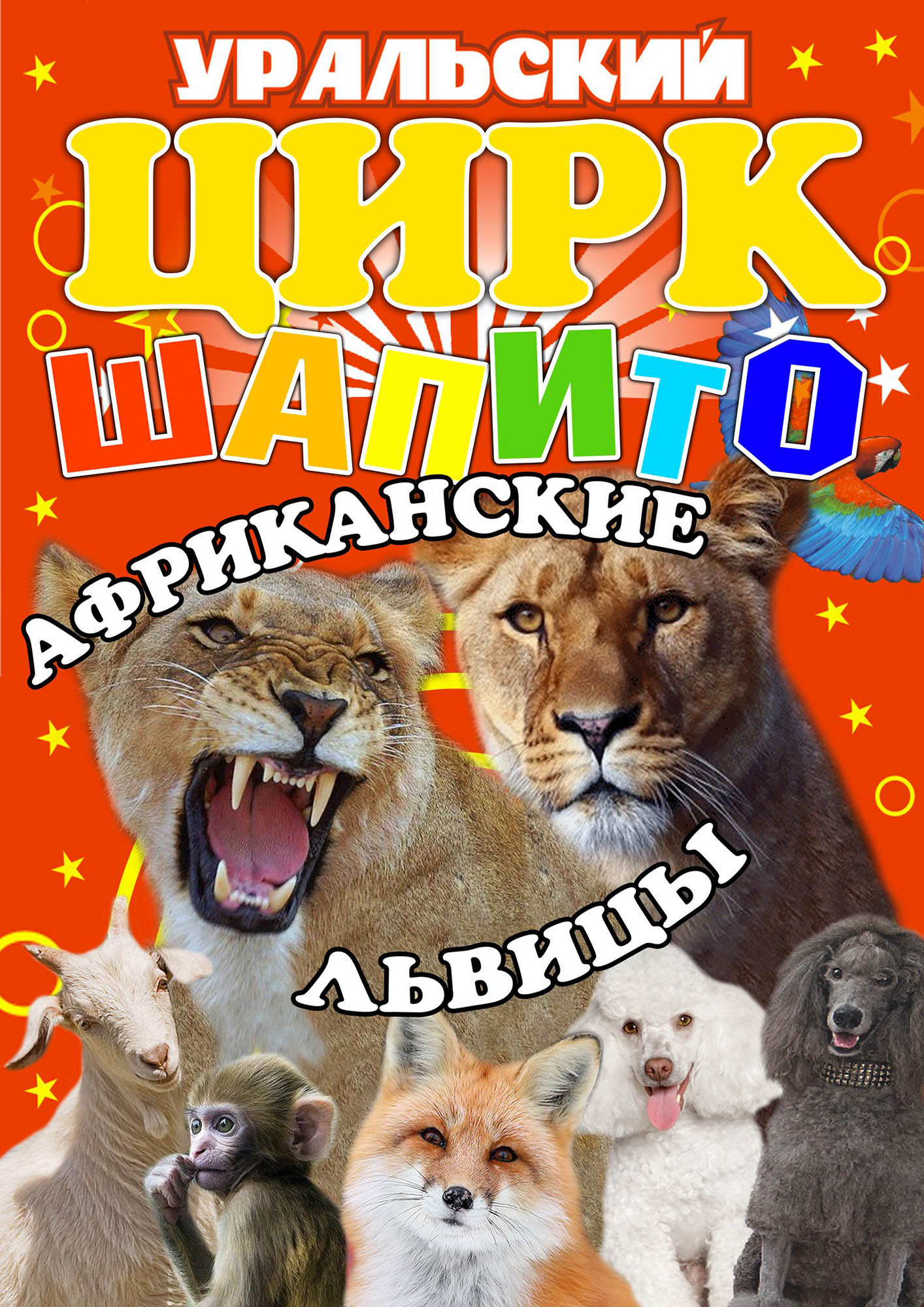