Hong Kong will vet all political candidates to ensure they are “patriots” under new laws that seek to remove any opposition and tighten China’s control.

A new “candidate qualification committee” will assess people who want to run for office based on their loyalty to Beijing, under the “patriots governing Hong Kong” resolution.

They will “receive help” from national security authorities, which report back to the mainland, the official Xinhua news agency said. 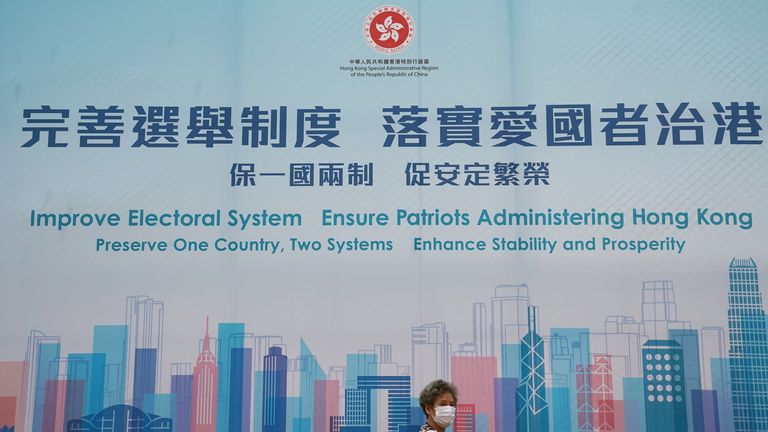 Critics warn the move is the end of democracy in Hong Kong, with China also sharply reducing the number of directly elected seats in the territory’s legislature.

Currently the city’s Legislative Council is made up of 70 seats, half of which are voted for in elections.

But changes to the Basic Law – Hong Kong’s mini legislature – mean there will now be 90, but only 20 will be chosen by the public.

Forty will be selected by the election committee that appoints Hong Kong’s leader and 30 will be chosen to represent professions and areas of expertise.

The committee, which will be expanded from 1,200 to 1,500 members, is dominated by supporters of the central government in Beijing.

It comes after the proposal to amend Hong Kong’s Basic Law was rubber stamped by China’s National People’s Congress (NPC) earlier in March – part of the government’s response to a growing protest movement that made global headlines throughout 2019. 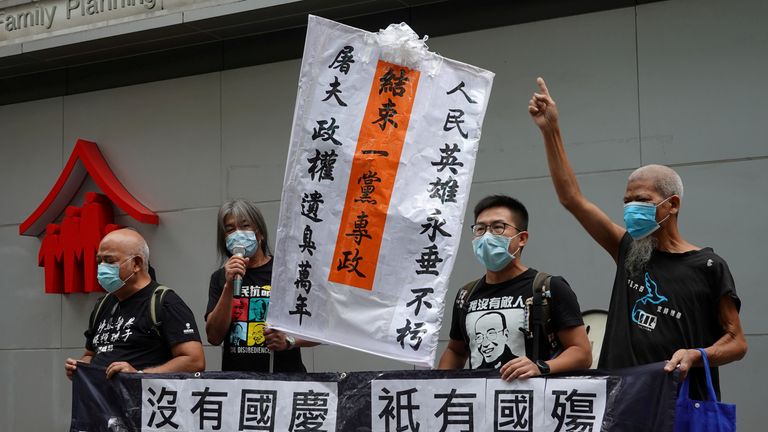 Although 20 seats will still be directly elected, the “patriot” rules means anyone who opposes officials in Beijing will not be allowed to run.

Previously, minister at the Chinese embassy in London, Yang Xiaoguang, told Sky News people who have “attacked the central government” or “badmouthed or spread pessimism about China and Hong Kong” are “absolutely not patriots”.

The changes build on Hong Kong’s security law, which cracks down on “secession and subversion” and imprisons people for life if they are found to be working against the regime.

Speaking when the proposals were put forward earlier this month, Foreign Secretary Dominic Raab condemned them.

“This is the latest step by Beijing to hollow out the space for democratic debate in Hong Kong, contrary to the promises made by China itself,” he said.

“This can only further undermine confidence and trust in China living up to its international responsibilities and legal obligations, as a leading member of the international community.”