In the video posted on Twitter, the elderly woman dressed in black could be seen brandishing a giant British flag while a large crowd of protestors chant “Hong Kong! Hong Kong!”

Sharing the video, a Twitter user wrote: “Tribute to the brave old woman!”

Many of the crowd were carrying yellow umbrellas, a symbol of the uprising against efforts by China’s government to erase Hong Kong’s semi-autonomous status.

The city was ruled by the British from 1841 until 1997 when it was handed back to China, but with protected status.

Under the so-called “One Nation Two Systems” rule, Hong Kong and Macau were made part of China, but on the condition that they could keep their own governments, and have control over their own legal, economic, and trading affairs. 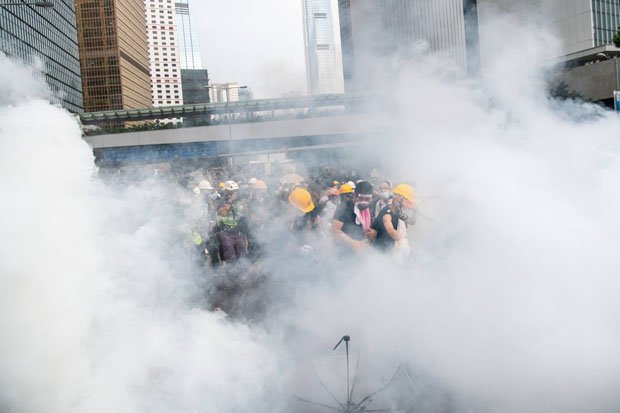 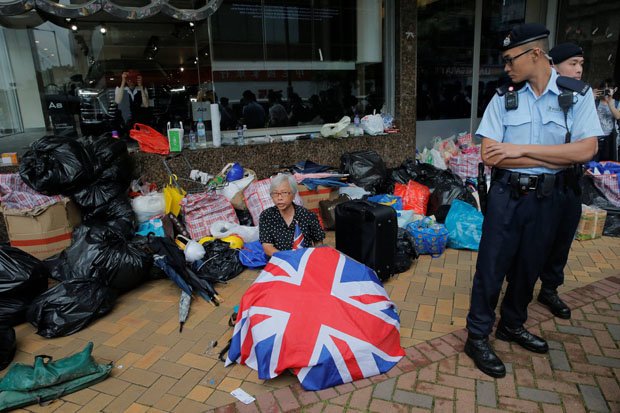 “Tribute to the brave old woman!”

Thousands of Hong Kongers have taken to the streets in recent days to protest a new extradition bill which would allow people to be sent to mainland China for trial.

Although protestors have been overwhelmingly peaceful, police responded violently, with tear gas and rubber bullets being used on demonstrators.

Demonstrators fear the new bill is the latest step in Hong Kong being rapidly assimilated into China, with the erosion of free elections and the city’s independent legal system.

On Sunday, an astonishing one million people of the city’s total population of 7 million took to the streets, most dressed in white.

China’s communist regime has blamed outside agents for the violence, which comes on the 30th anniversary of the Tiananmen Square massacre.

In June 1989, the Chinese military violently put down student protests in the centre of Beijing with around 3,000 estimated to have died.

He warned that the protests could end the same way as Tiananmen Square.

At the weekend, Alexandra Wong, 64, was also pictured carrying a British flag at the protests. 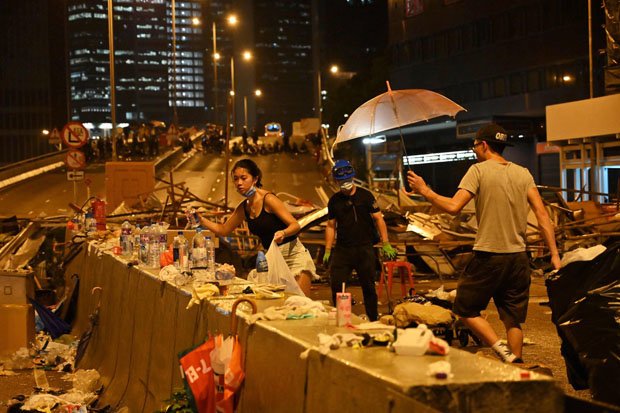 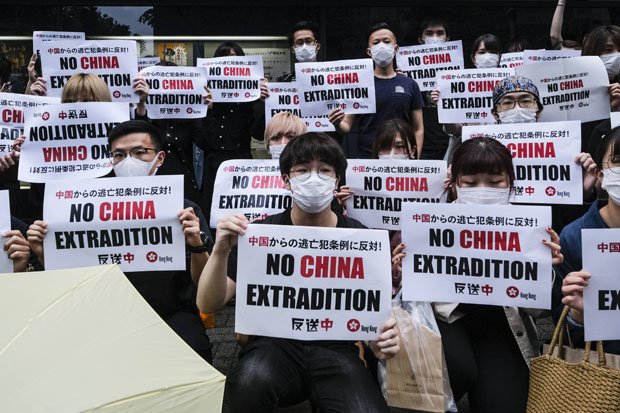 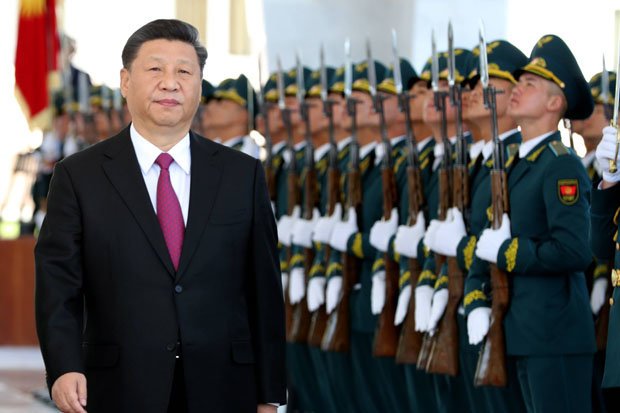 She told Vice News she wanted to make the point that Hong Kong was better off under colonial rule.

“I wasn’t satisfied about English rule,” she said.

“You asked for a full glass of water, and they gave you a half glass.

“But it turns out the Chinese Communist Party are worse — they took all our water and broke our glass too.”