THOUSANDS of holiday Brits were warned they were in “extreme danger” today as wildfires raged across the Greek isles.

Authorities sent text alerts to anxious trippers whose phones were pinged by a loud klaxon ringtone as a written warning was delivered. 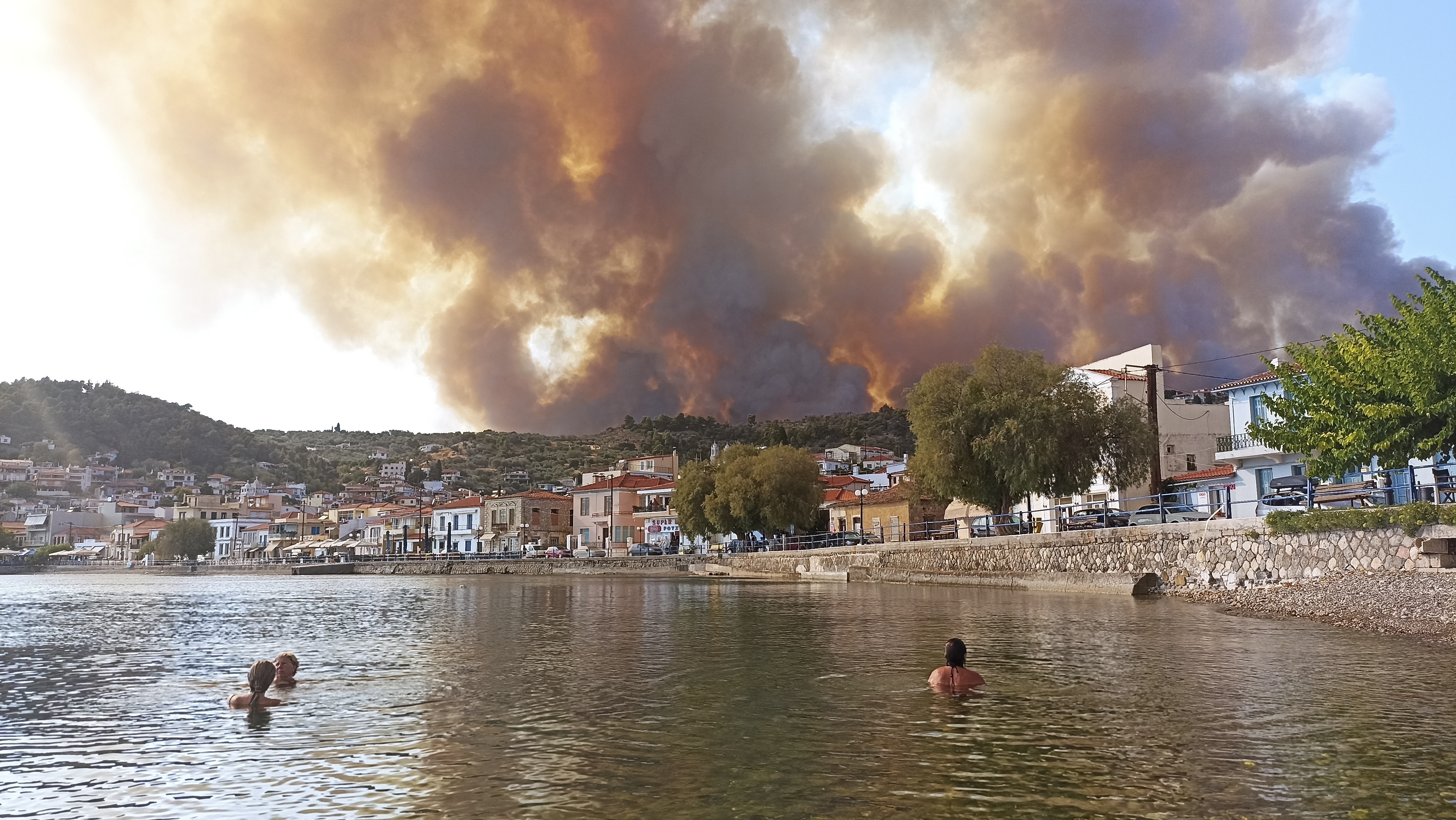 Palls of black smoke blotted out the sun and ash rained down at hotspots including Mama Mia movie location Skopelos and neighbouring islands.

Hundreds of fearful families were later evacuated from Evia island near capital Athens under threat from a terrifying wall of flame.

Anxious holidaymakers were pictured taking to the sea near the village of Limni on Evios, 100 miles north of Athens, as flames crept towards the beach today.

Emergency services were advising those under threat to retreat into the water if trapped by fires.

Greek PM Kyriakos Mitsotakis warned in an emergency televised address that the whole country had become a scorched “powder keg.”

Greece and neighbouring Turkey are suffering the most dangerous heatwave in 30 years with temperatures soaring to 40-45 DegC.

Fire chief Major Milios Nicholas on the isle of Alonissos next to Skopelos told The Sun: 'The situation here is very bad – the pine trees are tinder dry.
"If a fire breaks out on any of the islands there will be no help from the mainland as all the fire brigade resources are concentrated on Athens."

The “Emergency Alert” global text was sent out as many holidaymakers dined at sunset on Thursday..

The message read, in broken English: “Extreme danger for fires in the next days. Avoid any actions that may cause a fire. If you see a fire call the fire department immediately.”

The Tucker family from Manchester had been in Skopelos less than 24 hours when they were alarmed by the message.

Dad James, an IT worker on holiday with wife Clare and three year old son Jordan, said: ”Nothing was said in Skiathos but when we boarded the ferry they kept announcing that everyone had to stay inside.

“We were having a drink in the town when we both suddenly got texts..I couldn’t believe it when I read it then this morning the smoke was really bad – it’s worrying.”

Another British tripper on Alonissos with her daughter on Alonissos said: “The text said travel to forest areas was banned and to avoid all unnecessary travel – everyone looked really shocked.

“I had thought it was cloudy then realised it was black smoke which completely obliterated the sun.

“Now there’s a smell of smoke and this morning our hire car was covered in ash and the sky is completely black. It;s a scary situation.”

Greek PM Kyriakos said: “Our country is in an extremely critical situation.

“We are facing unprecedented conditions as several days of the heat wave turned the whole country into a powder keg.”

Coastguard vessels and tourist boats tourist evacuated 631 people from three beaches on Evia, near Athens, where a vast pine forest has been ablaze since Tuesday.

Athens suburbs have also been evacuated as flames closed in from the north.

At least nine people have been taken to hospital, including two volunteer firefighters treated for burns in intensive care units in Athens.

Eight people have been killed as the fires swept through Turkey's southwestern coastal regions, forcing the evacuation of tens of thousands of people. 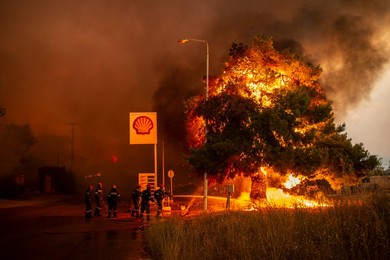 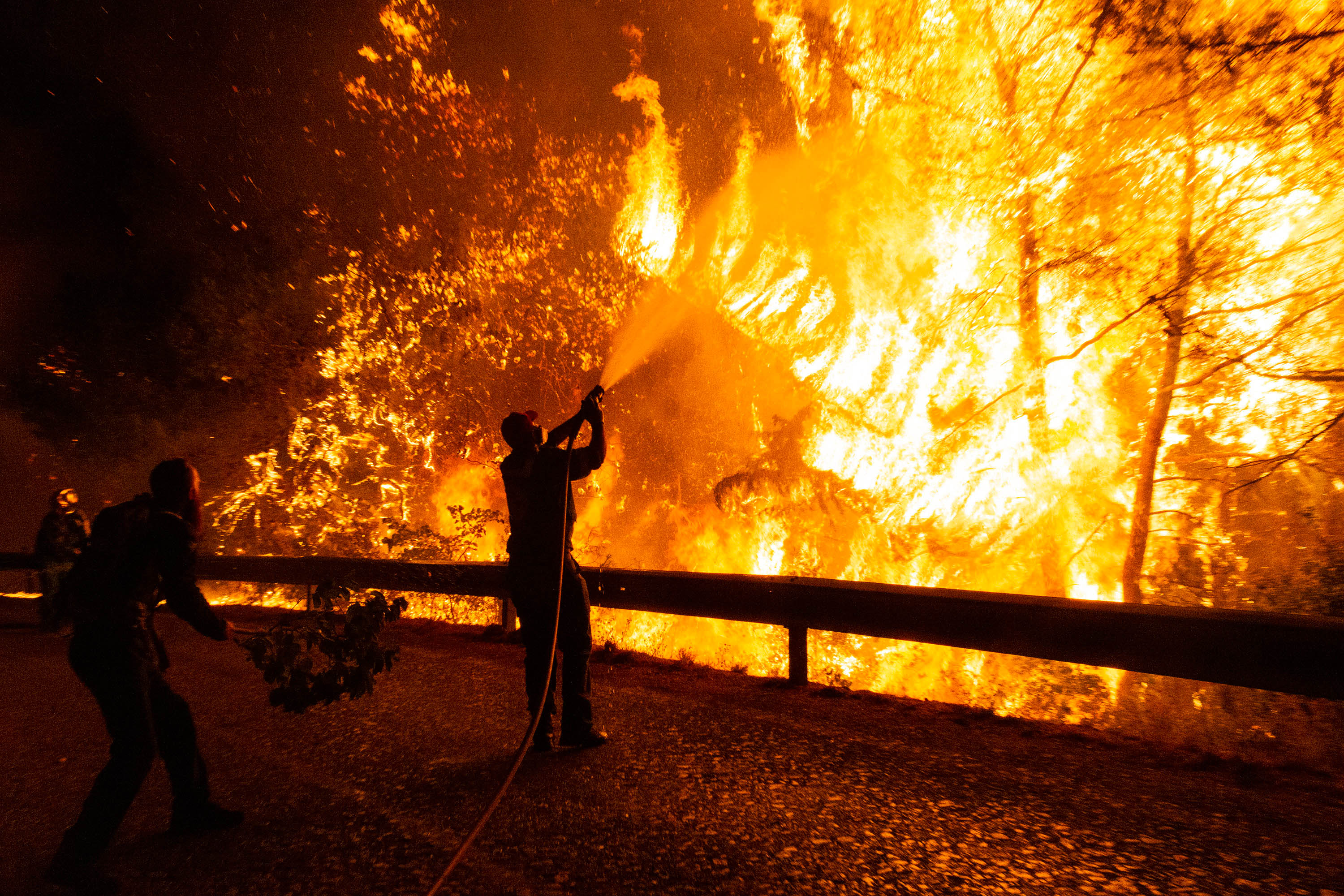