Macron has ‘abandoned’ his past political stance says Oulds

Bruges Group Director and author of Moralitis: A Cultural Virus Robert Oulds explained the growing unpopularity of Emmanuel Macron has forced him to adopt policies and positions from his main political rival Marine Le Pen. Mr Oulds explained Macron hardline positions on terrorism and “wokeness” have been borrowed from Ms Le Pen as polls put Mr Macron only slightly ahead of the National Rally leader. Mr Oulds also added that Mr Macron used to be ticketed as a centre-left liberal but in recent months has shifted his politics in order to remain appealing to the electorate.

Speaking to Express.co.uk, Mr Oulds explained: “The French elections will be very interesting because, in a sense, President Macron originally ran as someone who was a liberal or someone of the centre-left on social issues course and right-wing on economic issues in the French sense of favouring French corporations and big business.

“He was a creature of the financial industry which was quite reasonably strong in France but not as strong as the City of London.

“He is an establishment figure and was running on a socially liberal ticket.

“He has now completely abandoned those policies and has taken what Marine Le Pen has talked about and implementing it.

JUST IN: Joe Biden is dividing Americans even more than Donald Trump 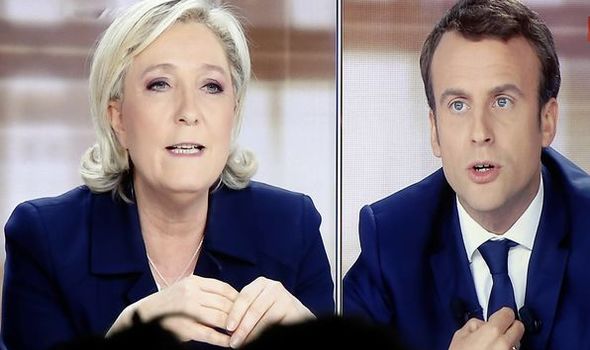 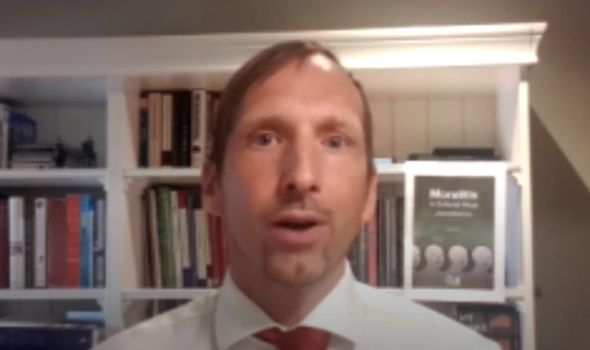 “And sees that as an alliance with the Islamic actions within France where there is on a regular basis people who are on the outside of French society.

“With French citizens living in their own ghettos in the many poor and deprived estates that surround the French capital and spread throughout France where there are often attacks and conflict emerging.” 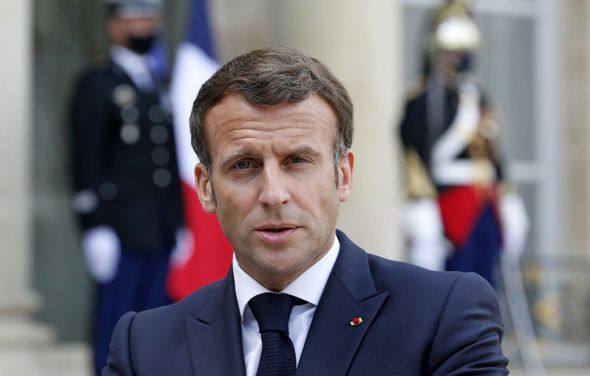 An Odoxa-Dentsu Consulting poll of 1,005 French respondents found around 66 percent do not want Mr Macron running for president next year.

Another poll from Kantar showed Ms Le Pen’s popularity was on 34 percent with Mr Macron on 35 percent.

The survey saw an eight-point increase for Ms Le Pen following the stabbing of an officer at a French police station.

Ms Le Pen has also seen a shift in politics after suffering a defeat in the last French election. 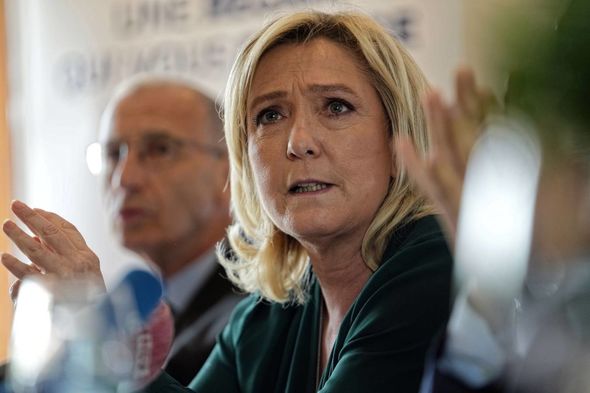 The presidential candidate has toned down eurosceptic rhetoric and has instead opted for “fixing” the EU rather than leave it.

Ms Le Pen has also appeared to reject her party’s history of xenophobia after stating she feels “no negative feelings” towards foreigners.

But the right-leaning electorate is still supportive of Ms Le Pen over Mr Macron whose disastrous handling of the pandemic has haunted his time in office.

Traditionally left-leaning supporters of Mr Macron have voiced opposition to his crackdown on crime, immigration and religious extremism.

The French general election is due to be held in April 2022 with political pundits believing Ms Le Pen will do much better this time than her 2017 campaign.