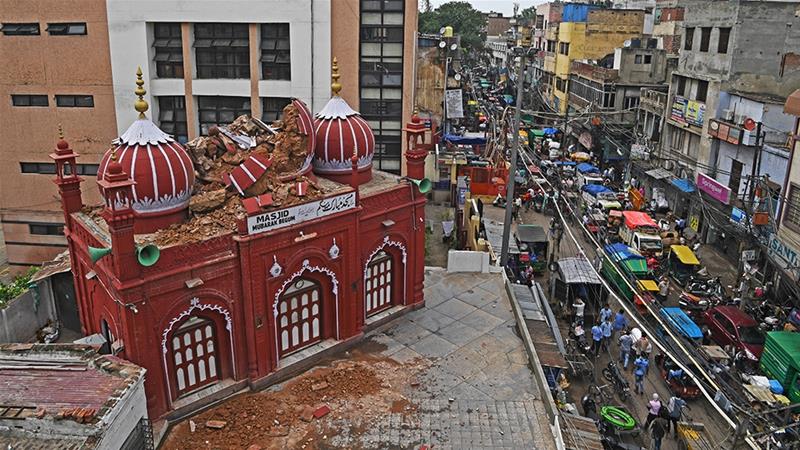 The central dome of a 200-year-old mosque in the Indian capital New Delhi has come crashing down due to the heavy monsoon rains in the city.

The red sandstone Mubarak Begum mosque, built by a courtesan in 1823, is among some of the iconic heritage sites in the historic old quarters of the city.

On Sunday, the flooding in the city killed two people leading to the collapse of many houses and trees.

“I was sleeping in my room inside the mosque when I heard thunder. We have since locked the mosque. But we continued offering namaz [prayers] and teachings in the open courtyard.”

Zahid has been the muezzin (who calls for prayers) and imam at the mosque since 2004. He revealed that the last repair at the historic mosque was done in 2016.

Since then, he said he had written several letters to the office of the Waqf Board, a government institution that looks after Muslim structures in the country, to draw its attention to the deteriorating structure and to seek their help to repair the roof. 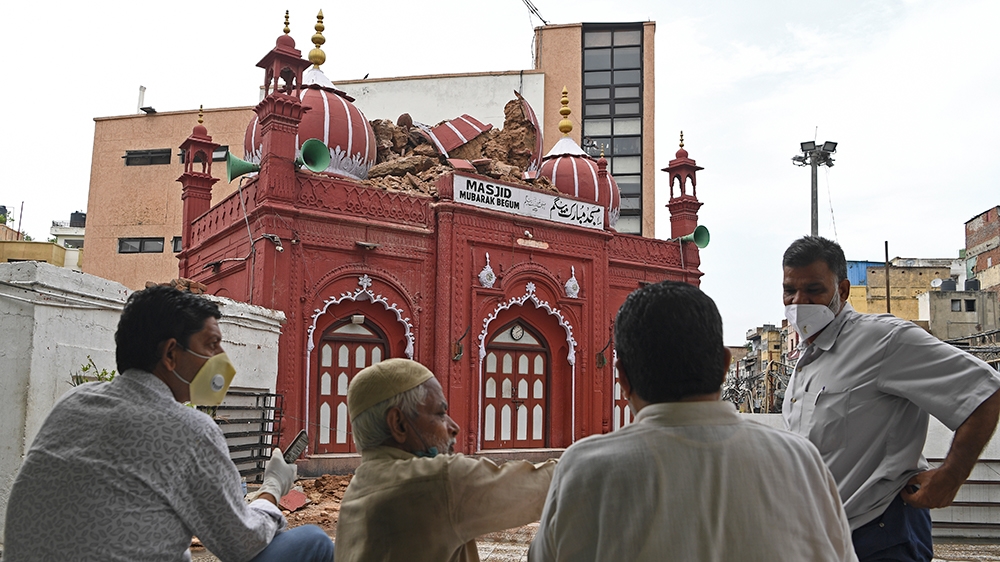 On Monday, Zahid wrote again to the Delhi Waqf Board’s office, asking for the restoration of the damaged structure. He said officers from the board had visited the site to assess the damage.

The Waqf officials did not reply to Anadolu’s queries regarding the issue.

However, Himal Akhtar, a member of the Waqf Board, told the Indian Express newspaper that conservation of the historic mosque was a priority.

Situated in Old Delhi’s busy Chawri Bazaar locality, the mosque was built by Mubarak Begum, originally a Hindu courtesan from the western city of Pune, who came to Delhi and converted to Islam.

She married David Ochterlony, a British resident to the Mughal emperor’s court in colonial Delhi.

After he died in 1825, she married a Mughal nobleman, who fought against the British in 1857 which led to the destruction of her tomb complex in reprisal.

Soon after reports of the dome’s collapse came, many heritage lovers took to social media to express their shock and anger.

Her palatial house was famous for Mughal culture and it was here that Mughal prince Mirza Farhatullah Baig organised the last Urdu poetry recitation session before the Mughal empire was removed by the British in 1857, recalled Dalrymple.

The last Mughal emperor, Bahadur Shah Zafar, was imprisoned by the British and then exiled to the-then Burmese (modern Myanmar) capital of Rangoon (Yangon).

Many parts of India are reeling under floods due to heavy monsoon rains in recent days.

New Delhi on Sunday recorded 74.8mm rainfall, according to the Indian Meteorological Department, leading to knee-high waterlogging in several areas.

In the northeastern state of Assam, at least 84 people are reported to have died and nearly three million displaced due to the rains.