HONG KONG (Reuters) – At least eight protesters who had been holding out at a trashed Hong Kong university surrendered early on Friday, while others searched for escape routes past riot police who surrounded the campus but said there was no deadline for ending the standoff. 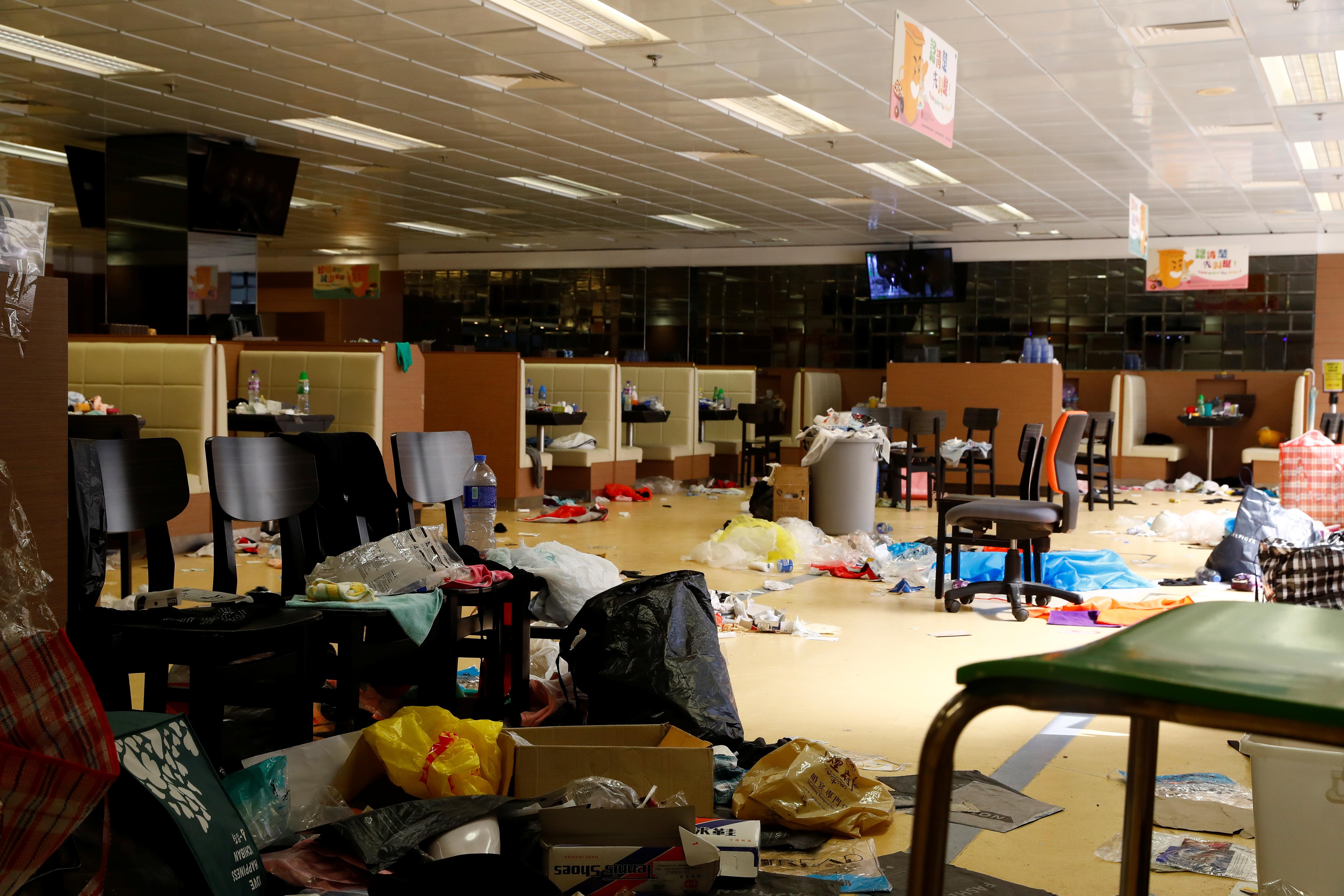 The siege at the Polytechnic University on the Kowloon peninsula appeared to be nearing an end with the number of protesters dwindling to a few dozen, days after some of the worst violence since anti-government demonstrations escalated in June.

Hong Kong’s new police chief, Chris Tang, who took up the post this week, urged those remaining inside to come out. He said he wanted a peaceful resolution.

“I believe people inside the campus do not want their parents, friends … to worry about them,” Tang told reporters.

“I hereby urge all people inside Polytechnic University to come out. We want to resolve the issue peacefully and do not set any deadline.”

Most of those who remain say they want to avoid being arrested for rioting or on other charges, so hope to find some way to slip past the police outside or hide on the near-deserted campus.

The mood on the campus was calm as the sun rose after a night where some protesters roamed the grounds in search of undercover officers. Others hid, terrified they would be arrested by infiltrators.

“We are feeling a little tired. All of us feel tired but we will not give up trying to get out,” said a 23-year-old demonstrator who gave his name only as Shiba as he ate noodles with egg and sausage in the protesters’ canteen.

“We spent yesterday trying to find ways to get outside but failed, so we came for some breakfast,” he said.

The protests snowballed from June after years of resentment over what many residents see as Chinese meddling in freedoms promised to Hong Kong when the former British colony returned to Chinese rule in 1997.

Protesters are calling for full democracy, among other demands.

Beijing has said it is committed to the “one country, two systems” formula under which Hong Kong is governed. It denies meddling in its affairs and accuses foreign governments, including Britain and the United States, of stirring up trouble.

One older protester, who estimated only about 30 demonstrators remained, said some had given up looking for escape routes and were now making new weapons to protect themselves in case police stormed the campus. 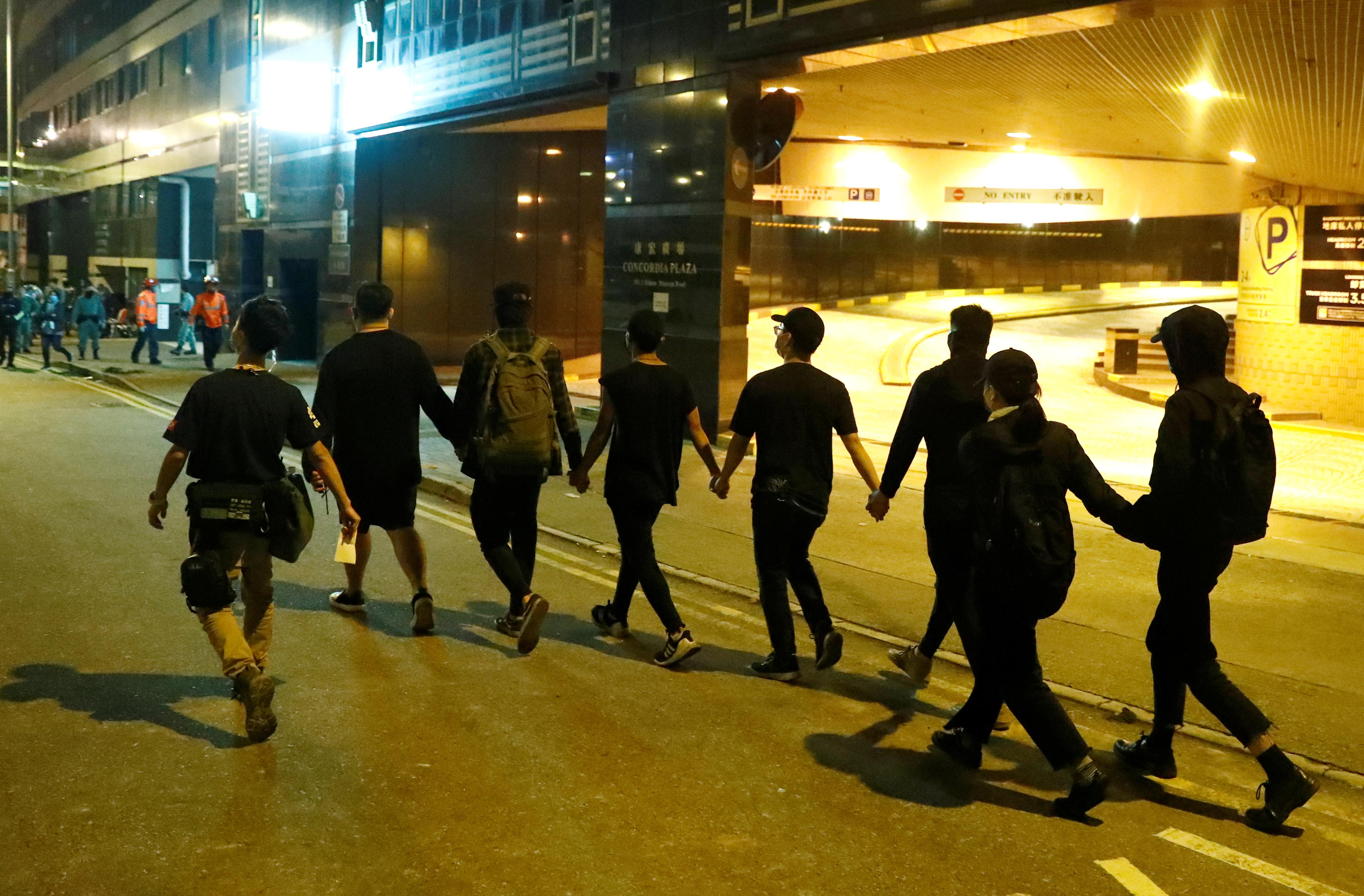 The Chinese-ruled city has enjoyed two days and nights of relative calm ahead of district council elections that are due to take place on Sunday.

The government has said it is committed to proceeding with the elections and is monitoring the situation to ensure they can be held safely.

Tang said police would adopt a “high-profile” presence on Sunday and he appealed to protesters to refrain from violence so people felt safe to go and vote.