Greg Norman reveals he ‘wants to die in Australia’ as he prepares to leave the US after 40 years – selling his property portfolio, moving his $400million business empire Down Under and setting his sights on the Olympics

Golf legend Greg Norman has revealed he plans to live out the rest of his days in Australia and die in his home country as he makes plans to leave the United States.

The 66-year-old hopes to return to Australia after spending 40 years living abroad in the United States and building his golfing career.

Norman has already made preparations for the big move and sold off a number of houses from his property empire including an AUD$52million Colorado ranch and $77million South Florida compound.

The golf icon said it will be at least another two years before he is ready to return home, but that once he is settled into Australia, he intends to stay for good.

‘I actually want to spend my final days on this earth in Australia,’ he told The Australian. ‘It’s not morbid — trust me, I am going to live to 115.’

In the meantime, Norman says he will be making some big changes to his massive $400 million business empire, including dropping half of his businesses, bringing back his wine empire and investing big in Australian property. 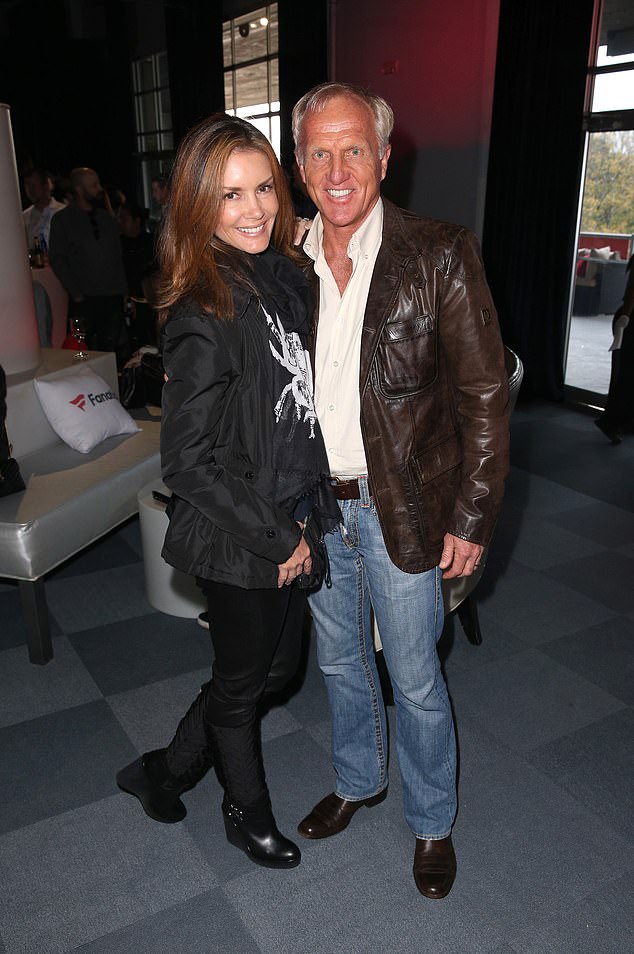 Golf legend Greg Norman (pictured, with partner Kirsten Kutner) has revealed he hopes to live out the rest of his days in Australia and die in his home country as he makes plans to leave the United States 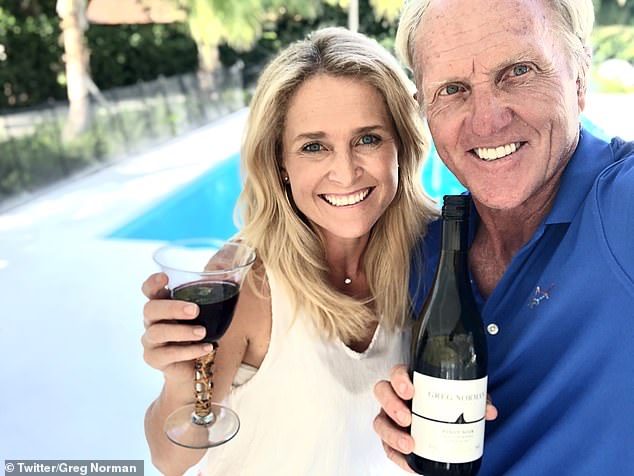 Norman says he will be making some big changes to his massive $400 million business empire, including dropping half of his businesses, bringing back his wine empire and investing big in Australian property

Norman has revealed he intends to cut down operations and only keep five or six of his most profitable businesses.

‘As you progressively get gracefully older you find an interesting balance in yourself,’ he told the Four Courses podcast last month.

‘The materialistic things you liked 25 years ago, you go ‘why did I even have those then? It was ego, it was a statement because look what I can do, I’ve got this.’

Norman has not announced the businesses that will be getting the chop and said he will have to consider his options very carefully.

‘If you’re running a business on a break-even proposition, you’re spending that same amount of time to break even as you are on a business that’s making a profit, right … so why?’ he said.

‘Why are you spending all that time on this? (But) it’s not easy because a lot of the businesses have been around for quite a long time.’

Norman has also revealed plans to bring back his wine business when he moves to Australia.

He set up the Greg Norman Estates in 1996 and sells 11 wine varieties from Australia, New Zealand and California.

The desire to drop so many businesses at once has also raised questions about Norman’s next big venture. 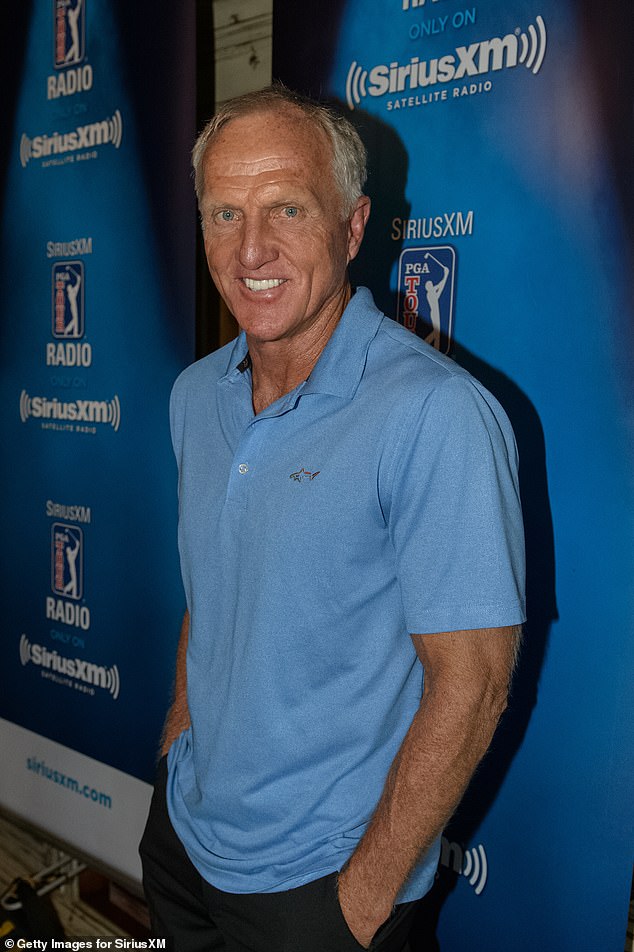 The golf icon said it will be at least another two years before he is ready to return home, but that once he is settled into Australia, he intends to stay for good 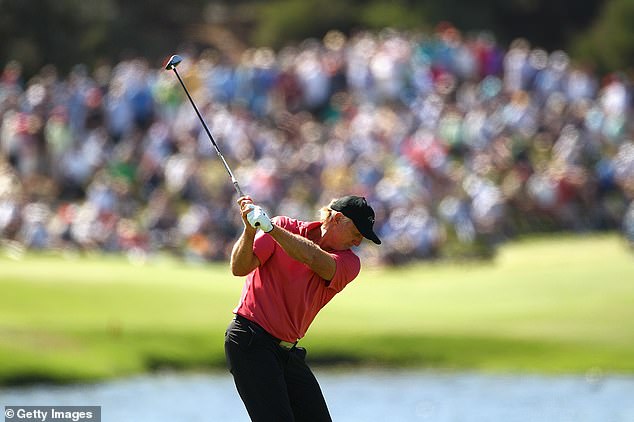 The golf icon revealed he would happily return to the professional sport and take up a coaching role if the opportunity presented itself to him.

He said he would even consider leading an Australian golf team into the Olympics.

‘I have never been asked,’ Norman said. ‘It is up to other people to make that decision, not me. Of course I would consider it if I had the honour to be asked.

‘I have always been a big believer in golf being in the Olympics since back to the mid-90s with Seve Ballesteros.’

Norman is considered to be one of the most successful golfers to take up the club.

He has won 89 professional tournaments, including 20 PGA Tour tournaments and two majors: the Open Championships in 1986 and 1993. 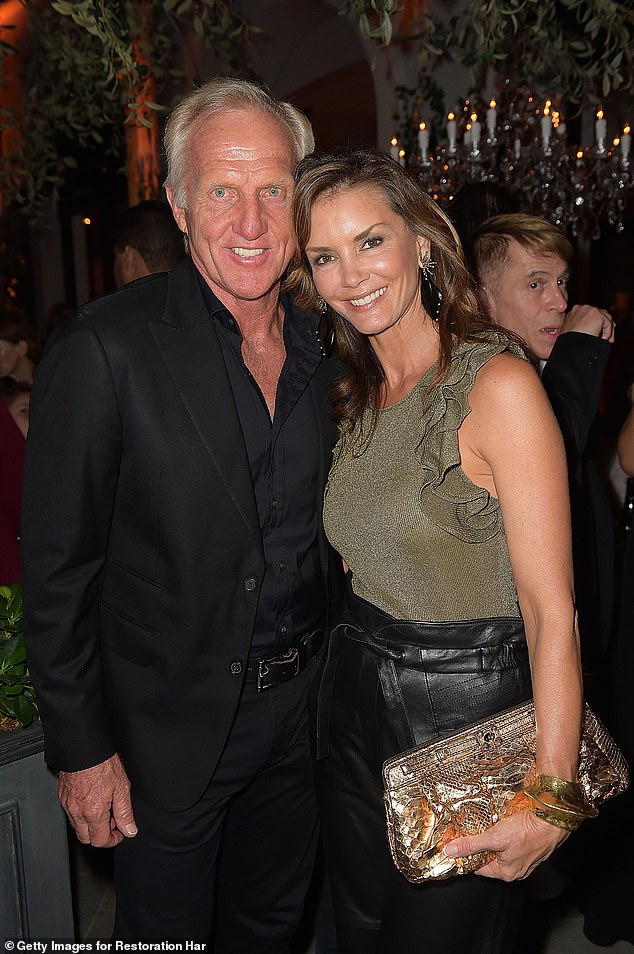 Greg Norman has gone from one of the greatest players in golf to a business tycoon who runs an empire worth $400million.

Below is a list of some of the businesses owned by the 66-year-old:

1) Greg Norman collection: The clothing line was set up in 1992. It specialises in golf-inspired sportswear for men and women.

2) Greg Norman Golf Course Design: The company has become one of the most well-known golf course design firms in the world. It has designed more than 100 courses in 34 countries.

3) Greg Norman Estates: The wine company was established in 1996. It comprises of 11 wine varieties from Australia, New Zealand and California.

4) Greg Norman Australian Grille: The highly-successful seafood restaurant opened its doors in 1999. It sits on the waterfront at Barefoot Landing in Myrtle Beach, South Carolina.

5) Greg Norman Australian Prime: The company was established in 2006 and specialises in Wagyu beef and beef jerky imports.

6) Great White Shark Opportunity Fund: The fund was set up following the global financial crisis in 2013. It offers an alternative lending and flexible capital source.

9) Medalist Village: The 119-residence village was set up as a private residential golf community in Florida in 1995. Prices for homes begin at $1million.

Norman has two children and has been married to interior designer Kirsten ‘Kiki’ Kutner since 2010.

Since stepping away from professional golf Norman has built a reputation as a top tier course designer – a job that has earned him millions.

He also spends his days exploring the world and maintaining a strict exercise regimen.

Norman said he intends to maintain his very active lifestyle when he returns to Australia and that he already has plans to visit certain parts of the country.

‘I still have a lot of time in my life to enjoy parts of Australia that I have been and seen,’ he said.

Norman has been preparing to leave the United States and slowly selling off houses from his property portfolio over the past couple of months.

In February, the golf legend put his South Florida compound on the market before it was snapped up just two weeks later for $77million.

In March, Norman found a buyer for his $52million Colorado ranch known as Seven Lakes Ranch 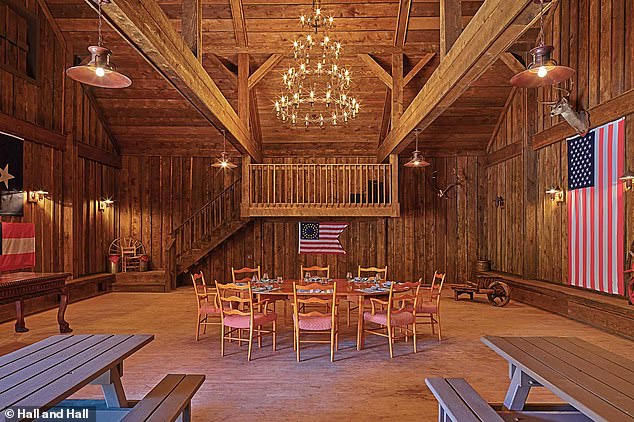 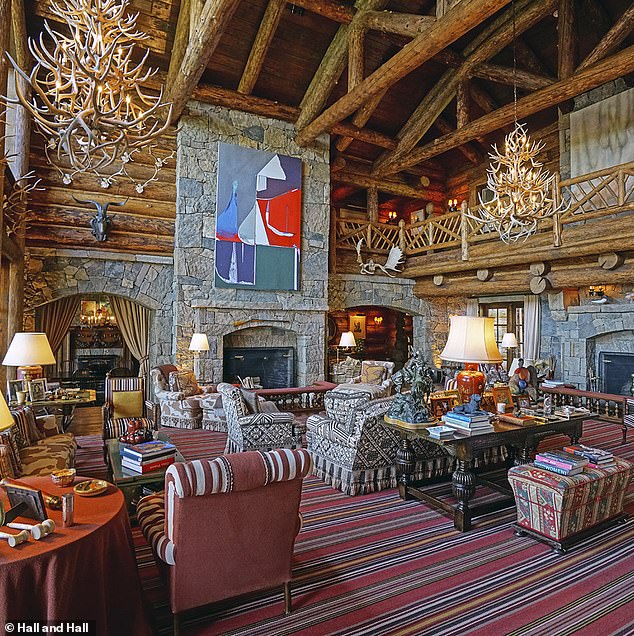 More than 500 logs, each up to 45 feet in length, were trucked in from Montana for the construction

In March, Norman found a buyer for his $52million ranch in Colorado.

He had purchased the Meeker, Colorado, ranch property in 2004 for $12 million, resulting in a hefty profit from the upcoming sale.

More than 500 logs, each up to 45 feet in length, were trucked in from Montana for the construction.

The lodge has eight bedrooms and seven bathrooms and has been described as ‘one of the finest trophy big game hunting and fishing ranches in Colorado.’

Norman has previously admitted he has been thinking about returning to Australia for some time. 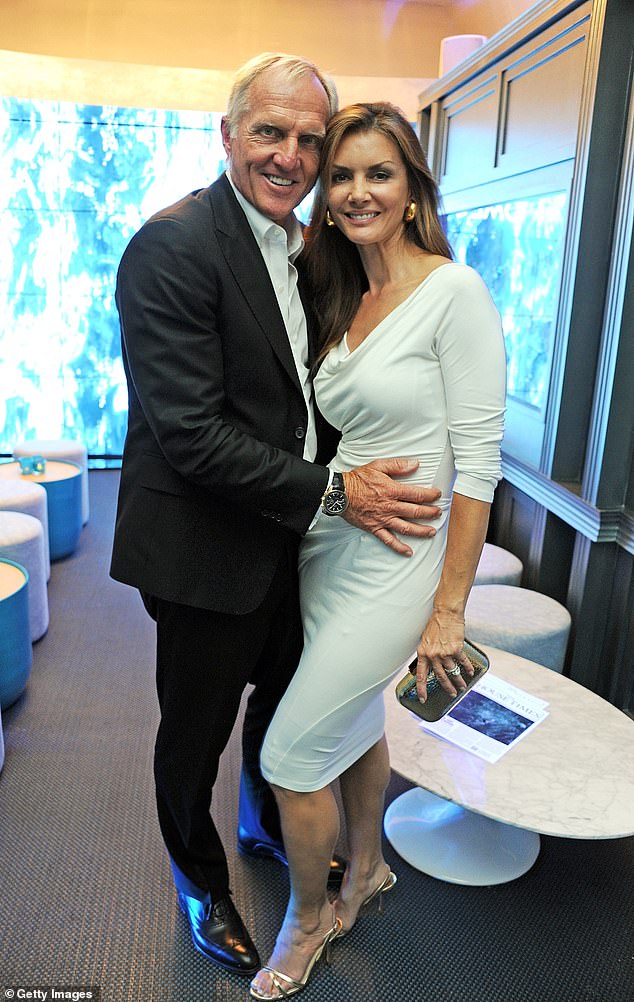 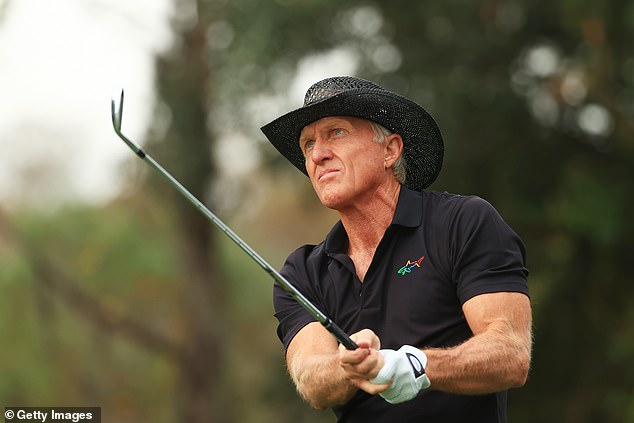 He wrote a column for Stellar Magazine in January saying he missed the country and its wildlife.

‘I miss the way it sounds,’ he wrote. ‘Not long ago, I was on the phone with my parents and the sounds of the bird life in the background was something else.’

‘And the smell of Australia… it’s so clean and fresh. I love the coffee and I miss the people; they’re so easy going.

He continued: ‘I want to get back to Australia as soon as I can. To tell you the truth, I think about coming home every second day.’

In 2019, Greg also confirmed he was on the hunt for a property in Australia.

‘Yes we are (looking). I’d prefer not to say where we are looking and no we have not bought anything, he told The Daily Telegraph.