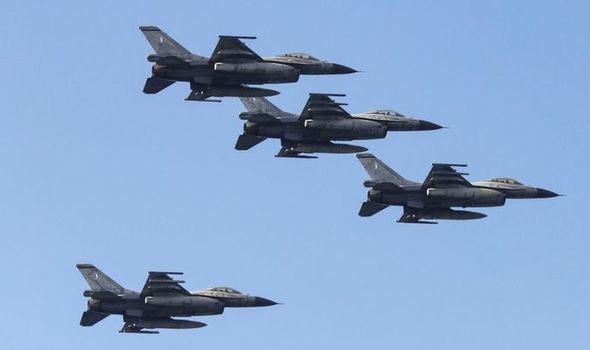 ULKE in Turkey tweeted one of the four fighter planes from Greece approaching the TCG Cesme reportedly “harassed” by dropping a a “chaff cartridge” two nautical miles away.

“Four F-16s belonging to the Greek Air Force harassed the ship “TCG Çeşme”, which conducts scientific and technical research in the international waters of the North Aegean.

“One of the 4 Greek fighter planes approaching the research ship harassed by dropping a “chaff cartridge” 2 nautical miles away.”

ULKE TV added in another tweet: “Ministry of National Defense sources stated that the necessary response was given to the harassment of Greek warplanes from 1000 meters altitude.”

He said: “The necessary response was given within the framework of the rules. “

“Our attitude, our decision, the work we will do on this issue are clear. Nobody should have doubts about this.”