There were 48 extreme acts of violence registered in 2018, according to figures released in a report by the intelligence services to monitor anti-constitutional activities on the protection of Germany’s democratic constitution. There were also 24,100 right-wing activities during the same year. This is an increase from 2017 when there 24,000 attacks.

The report said there needs to now be more “intensive observation” of the increasing violence.

It said: “The persistently high levels of verbal aggression and the intrinsic risk potential require intensive observation in the future.”

At least 12,700 people were also regarded as being “violence-orientated”, the report added.

Right-wing extremism is also said to lead to anti-semitic violence, leading to an “increase in sedition with anti-Semitic motives”.

The report also stated groups rejecting the democratic order in Germany are considered “anti-state” by the intelligence services. 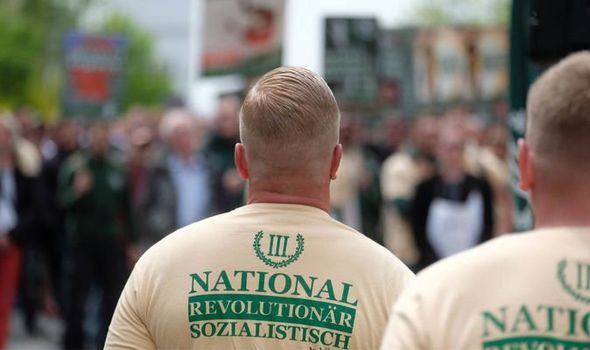 There is also a rise in the number of “Reichsburger”, also known as citizens of the Reich, as well as “Selbstverwalter”, people who reject the Federal Republic.

They were said to have engaged in threats, resistance to law enforcement and illegal possession of firearms.

Thomas Haldenwang, head of the BfV, said the amount of extremists is “too great” for security services to be able to monitor them all. 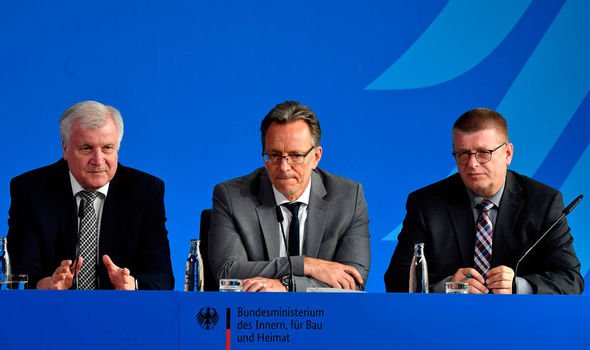 He told a press conference earlier this month:“We currently have 12,700 rightwing extremists willing to use violence in Germany, and it’s difficult to have an eye on them all.”

Germany has seen a rise in support for the far right, particularly as the Alternative for Germany party is now the largest opposition party in the Bundestag.

Timo Reinfrank, managing director of the Amadeu Antonio Foundation, says this is putting politicians and members of the establishment in danger.

He told the Financial Times: “Initially this was directed against refugees and asylum seekers, then increasingly against journalists and members of the legal profession. Now we see that they are increasingly targeting members of the system, the establishment.”