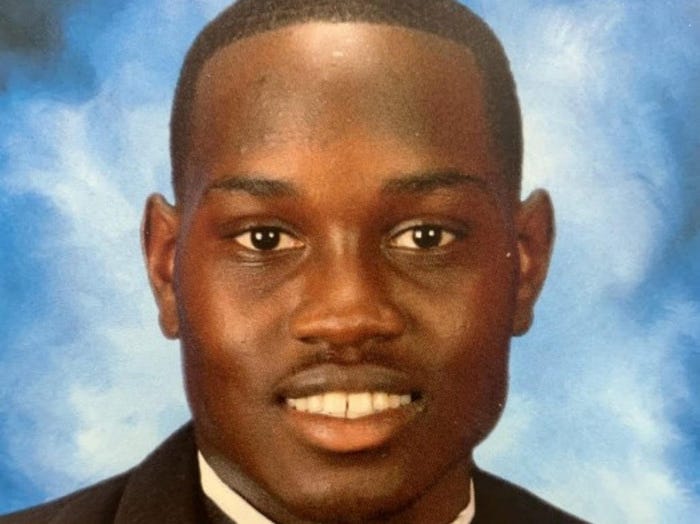 Voters in the coastal Georgia city of Brunswick voted Tuesday to oust the longtime Republican prosecutor who declined to investigate the death of Ahmaud Arbery, the 25-year-old Black man who was followed, shot, and killed by a group of three white men.

Keith Higgins, an independent, won 66% of the vote compared to the incumbent Jackie Johnson's 34%, according to unofficial results from the Glynn County Board of Elections. No Democrats qualified by the primary election deadline to run against her, News4Jax reported.

As Insider's Rhea Mahubhani reported in June, Arbery went for a run in his Georgia neighborhood during the early afternoon on February 23. While on his run, Arbery was pursued by Gregory McMichael, a former police officer, and his son, Travis. A neighbor, William Bryan, joined and recorded the moment Arbery was shot and killed.

Months later, in May, the Georgia Bureau of Investigation arrested the father and son, Gregory and Travis McMichael. Later that month, Bryan was arrested. All three men have denied wrongdoing.

In June, a Grand Jury indicted Gregory and Travis McMichael and William Bryan on nine charges related to Arbery's killing. Johnson, who was in office for a decade, had recused herself from the case because the elder McMichael had previously been an investigator in her office. While Johnson handed the case to another district attorney, he too was removed from the case due to an additional conflict of interest, News4Jax reported.

There have been specific questions raised about Johnson's behavior in the case. The McMicahels, for example, were permitted to return home and were not arrested on the day Arbery was killed, according to NBC News. A Glynn County commissioner also claimed that police officers had been reluctant to make an arrest because Johnson's office said it wasn't necessary, News4Jax reported.