A GAMER got a sweet surprise when a second hand Nintendo DS Lite he bought arrived with a heartwarming note addressed to its new owner.

Janie, 23, had owned the special edition gold gaming console since she was 10 before deciding it was time to let go of it. 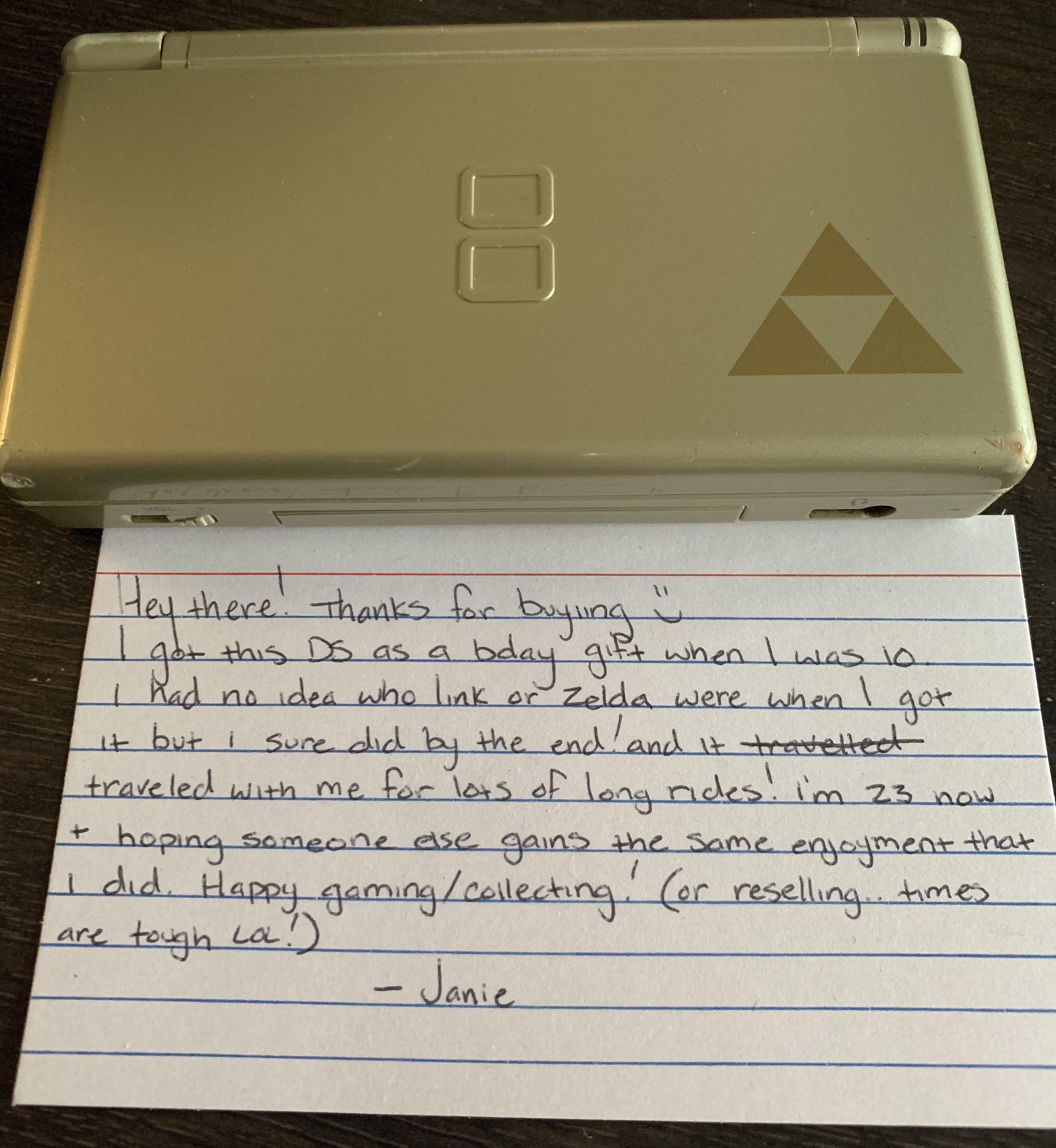 But before she packaged up the special Zelda Tri-Force console for its new owner, Janie wrote a heartfelt note sharing her happy memories playing on it.

The letter reads: “Hey there! Thanks for buying.

“I got this DS as a birthday gift when I was 10. I had no idea who Link or Zelda were when I got it but I sure did by the end!

“And it travelled with me for lots of long rides.”

The charming note adds: “I’m 23 now and hoping someone else gains the same enjoyment that I did.

The person who bought Janie's DS Lite was so moved by the “wholesome” message it came with, he posted a snap of the note to social platform Reddit.

Since being posted, it has received more than 112,000 upvotes and at least 1,000 comments from users impressed with the moving letter.

One said: “What a friendly and understanding note. I hope to be more like Janie.”

Another reminisced: “My mum got me this DS when I was 11! They only had so many per store and she waited for hours to get it.

“She’s gone now but it’s a wonderful memory I have. This DS is special. Enjoy!”

"This is a dream for a collector," added another fan. "I LOVE my pieces to have a story. It’s something I would love to have passed down with each game/console. They can tell some fun and beautiful stories, good and bad."

Since Janie’s cute gesture went viral, she has revealed that the buyer – known on Reddit as Acollier25 – might have just as big a heart as her own.

“He actually offered to return it if it was sentimental to me and I declined,” she said.

“[He] is just as kind as I would hope the new owner to be. The money wasn't important to me, I just wanted someone to love it like I used to as a kid!

Janie added she didn’t expect her note to attract so much attention, signing off to fans that she hopes “that you are all safe and happy as well”.